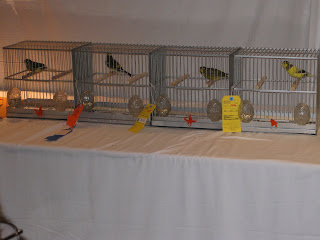 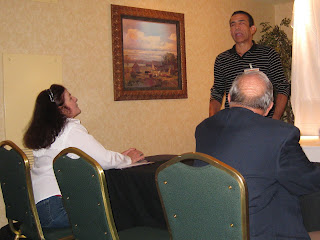 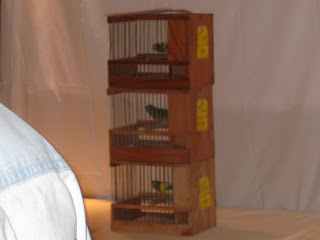 The song judge of each of the three division gave a brief description of the characteristics of a fine bird in their division prior to their entry competing.

The winner of the competition selected by the three judges was announced at the banquet Saturday night and was a first time Best Song Bird in Show Win for the Spanish Timbrado! Congratulations Omar Vasquez!!
Posted by Linda Hogan at 7:43 AM

Wow ! I wish I could see a Song Canary competiton ! I reside in Houston & I do not believe there is a formal club in this area anymore . Alot of people here are into parrots . I myself love canaries & serins . Thanks for the pix !!!