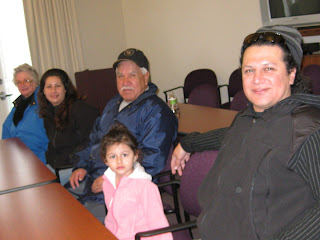 The Huerta family, Jose, Angelina, Tingo, Kim, and Mary were the first visitors to the song clinic. They learned of the Oakland Roller Show from a friend Rigo Lopez who attended the Modesta Bird Show.

Steve Billmire had set up the large song explanation chart displayed below at the Modesto Bird Show. At the booth, Carol Tucker and Steve answered questions and promoted the German roller and advertised the upcoming Oakland Roller show. They even had a team of rollers that they set up for people to hear. Many type and color breeders had never heard the elegant roller song! What a great way to get the word out!

Other visitors came from either seeing or hearing from a friend about the NBC Bay Area News. One couples son heard the news broadcast and called his parents as he knew that they had lost their roller many years ago and had not been able to find a suitable replacement! Their eyes lite up when they heard the beautiful roller song again that they had enjoyed so many years ago! 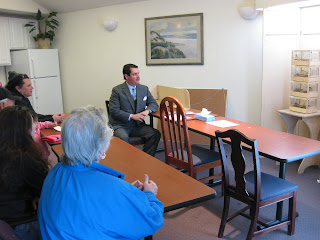 Club President, Justin Agrella explains the roller song and identified tours. The visitors had many questions like "what was that or who sang that". Extensive knowledge and love of the roller song was very apparent as he spoke! 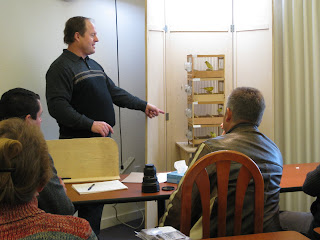 Steve points to special notes sang by this team and responded to visitors questions. What an effective team Justin and Steve were as they took turns patiently interacting with the visitors and sharing their knowledge and love of the roller fancy!! 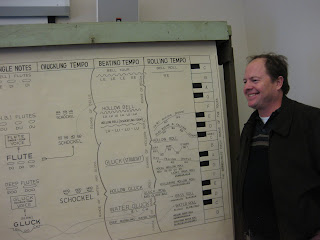 Periodically, Steve or Justin used there song explanation chart to explain how the roller sings over a three octave range at four tempos. 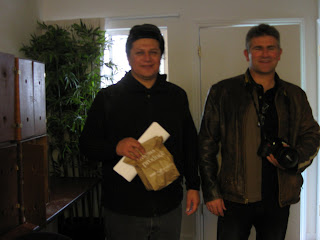 Jose stayed the entire clinic and caught a ride home with his friend Rigo. It was a perfect song clinic as he learned a great deal and even left with a bird in his paper bag and a show report and club membership list in hand!!

The bird he selected, exhibited by Sergio Martin sang its heart out for him. He especially loved the water tour that resemble water flowing from a faucet and how frequently the bird sang. The bird sang continuously except when he stopped momentarily to eat some seed!
Posted by Linda Hogan at 12:41 AM

It would be very interesting to see the song chart on a youtube type presentation!~

Perhaps they will make a youtube presentation with the chart..

For now, you can read the chart by clicking on it to enlarge the image.