Black spot…. to be continued.
In the land of the blind the one-eyed man is king. By this I mean as long as a problem is not solved, everyone is right. Of course, this can be of no excuse for constructive thinking and trying to find solutions for problems. Black spot in canaries is one of them. Everybody will ask why?

-       Dr. Grífols (2008) studied a flock of canaries with a high mortality rate. He confirmed the presence of the circovirus with electron microscopy (gold standard!). But when asking for the presence of black spot, the fancier told him he has never had one. Dr. Grífols states: ‘The description of Goldsmith (1995) of a typical condition for canary circovirus called “Black Spot” should be discarded as these signs are probably produced by secondary infections, and posterior description of infections. Circovirus infections should be suspected if an increased mortality is seen, even without the presence of black spot’.
From this we have to conclude black spot is not the hallmark of circovirus infections and canaries can be carrier birds, even without signs of black spot.

-       Research on circovirus infections in pigeons (young pigeon disease) has shown experimentally infected pigeons do indeed carry the virus, but secondary infections were not seen. (Duchatel, 2011).

-       Prof. Sheykhi (2018) noted 25% of all canaries are carriers of the circovirus. If this was true, and circovirus infections are the only reason for black spot, we all would face catastrophe.

-       Usage of preventive antibiotics to prevent secondary infections is disappointing.
But recently some new research has been done. This research concerns some facts about Isospororis, known to us as Lankesterella or Atoxoplasmosis, all synonyms.
We all know the disease in young birds (2-9 months) with symptoms like: ruffled feathers, anorexia, weight loss, tachypnoea, balance problems, diarrhoea and death. Some birds do show these symptoms but a lot of birds do not show any clinical signs. Stress can make flair up the infection and the disease become symptomatic.
Infection occurs in the intestines but also in the blood, through the white blood cells circulating all over the body and in this way infecting liver, spleen, lungs and brain.
Transmission is via the faecal-oral route, meaning stools containing parasites from an infected bird and ingested by another bird do cause infection. This is called horizontal transmission. 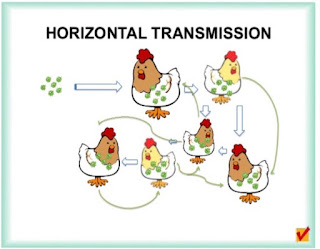 Diagnosis is live birds is hard. The parasites do resemble coccidiosis and most vets cannot distinguish between parasites from coccidiosis or lankasterella on microscopic examination of stools. Full diagnosis only can be done on post mortem examination. Also, infected birds do not shed parasites all the time in their stools, which complicated diagnosis.
Till now we all thought this was a disease of young birds being infected after birth, so hatchlings and fledglings. We have never known this is wrong.