Three Poducts That Help Finish Off The Molt 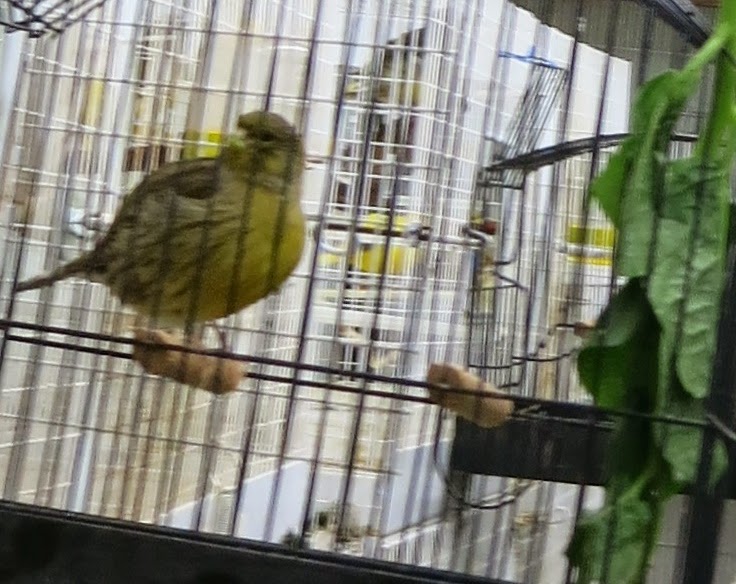 It's nearly September and only a month from show season! So what can we do to tighten the birds up and bring them into prime condition? 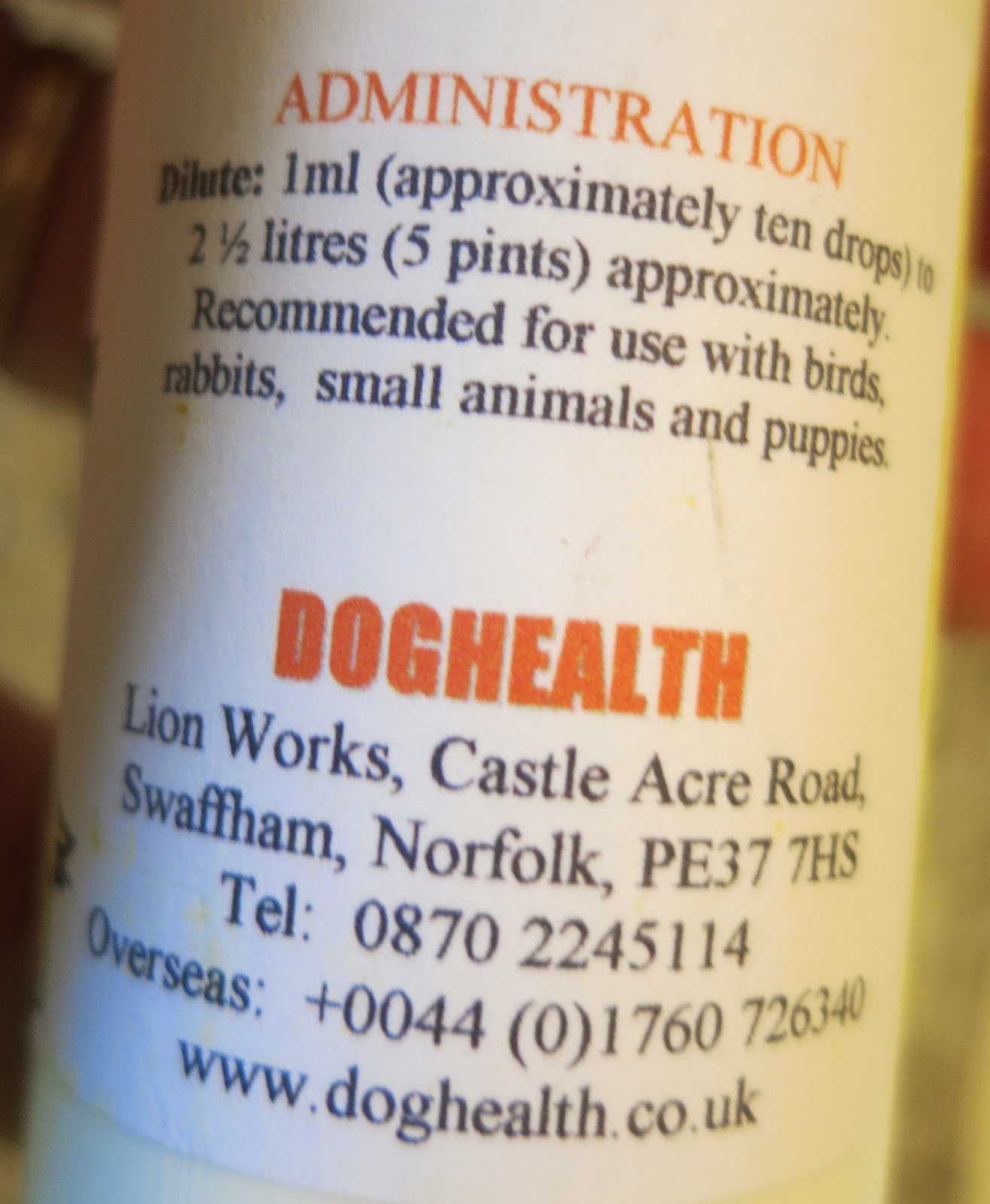 Boost 250 made by doghealth in the UK is the best vitamin product for this time of year when we are preparing our birds for show.  I use it daily and immediately you will notice a tightening of feathers! It is a superb formula of the basic vitamins without extra amino acids. If you are unable to obtain this product you could try vionate dog vitamins. 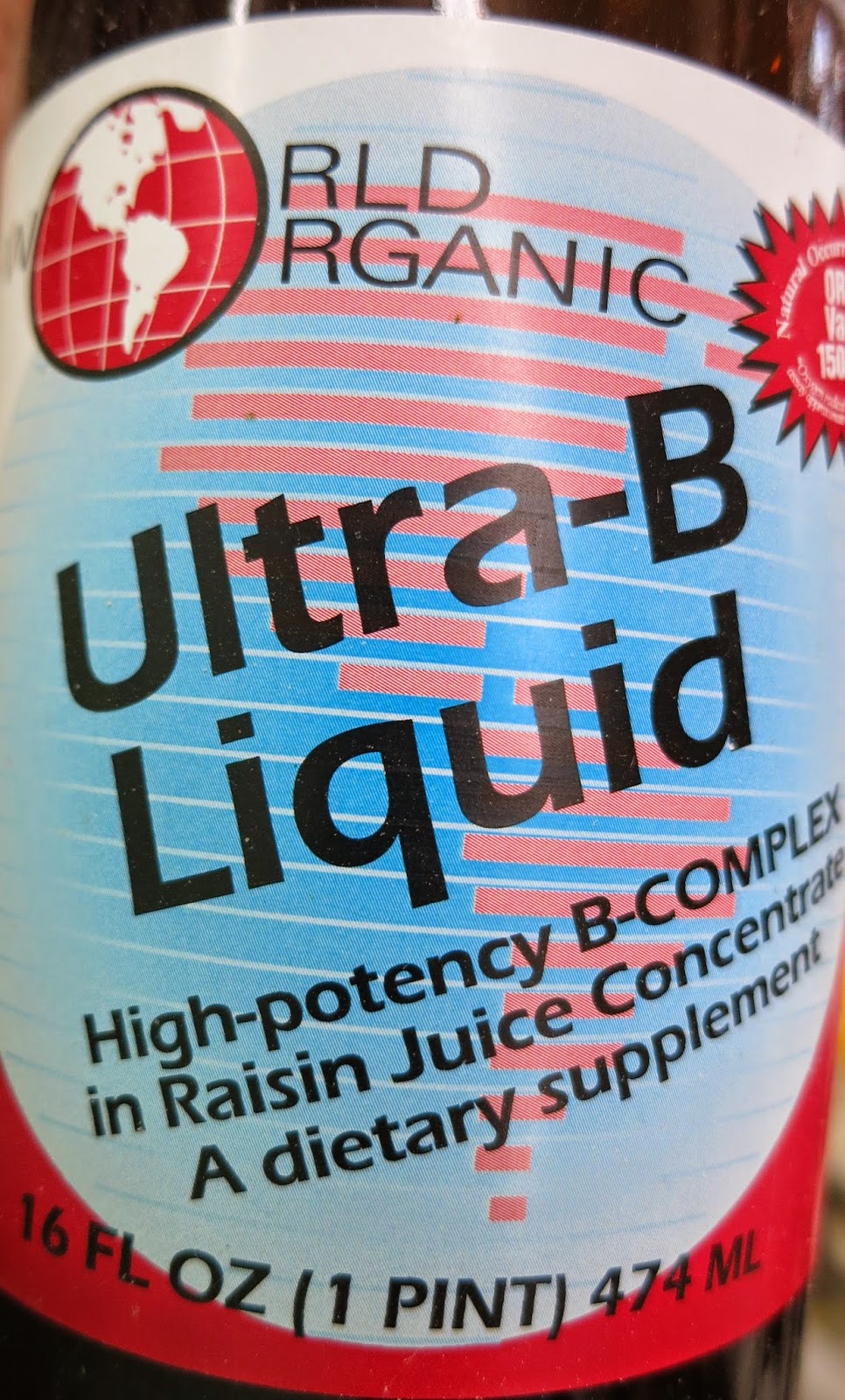 Daily, the birds also get liquid B in their water with the Boost 250.  It too tightens the feathers. It is also very good to give birds during the show season as with a high carb diet it will stop soft molt. 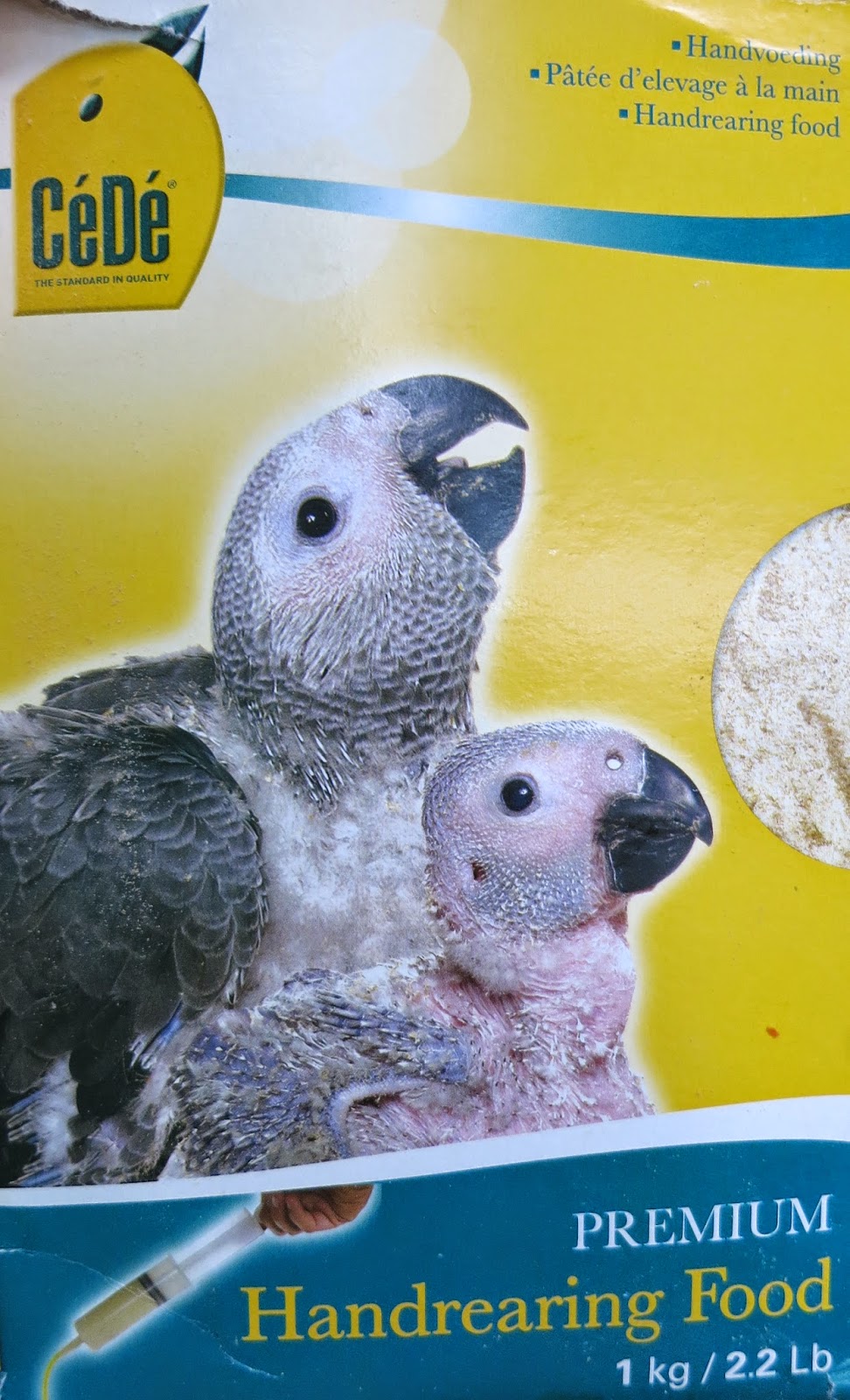 If you want those borders to have better confirmation, you need to increase the nutrients in the diet without increased proteins. For Borders mix six cups dry nestling food (use a low protein one with 15% protein) and add 1/2 cup dry CeDe Handrearing food (18%). Feed dry. This really brings out the confirmation, first the backs then the breast and finally the rounded heads and along with the confirmation it brings out a show winning attitude!
Posted by Linda Hogan at 3:54 PM No comments: 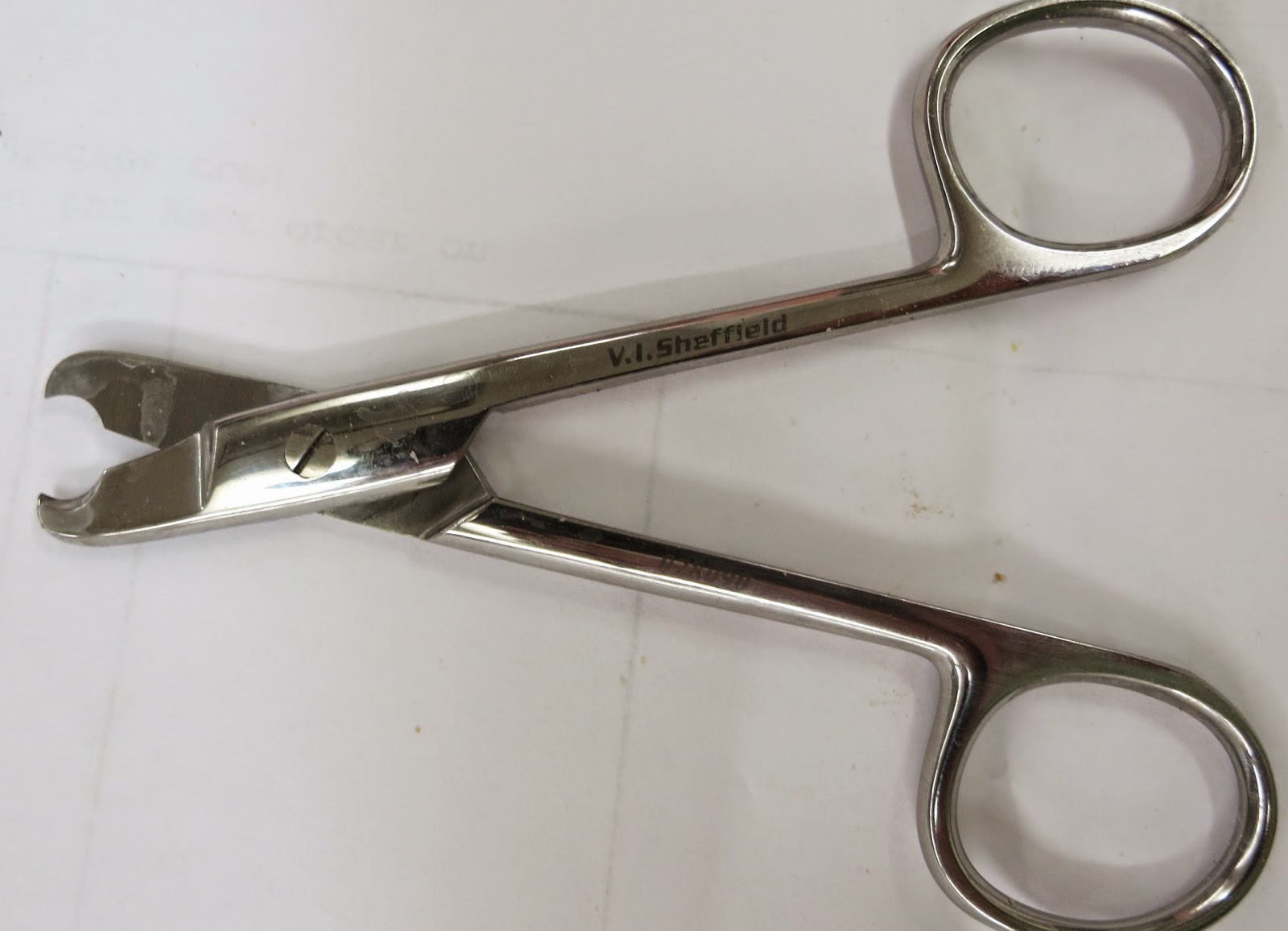 Over the years I have purchase a number of less expensive leg band cutters only to be disappointed with them because it was difficult to use them without damaging the leg. Recently, I bought this excellent 4 inch leg band cutter from www.shopmedvet.com web site of Med-Vet International.

Aluminum and plastic leg rings occasionally prevent venous blood return from the distal limb of small birds. Edema (swelling) and necrosis (to the extent of losing the foot) quickly follows unless the ring is removed. Removal of the ring or band without fracturing is not easy without this special cutting tool.
Posted by Linda Hogan at 10:01 AM No comments: 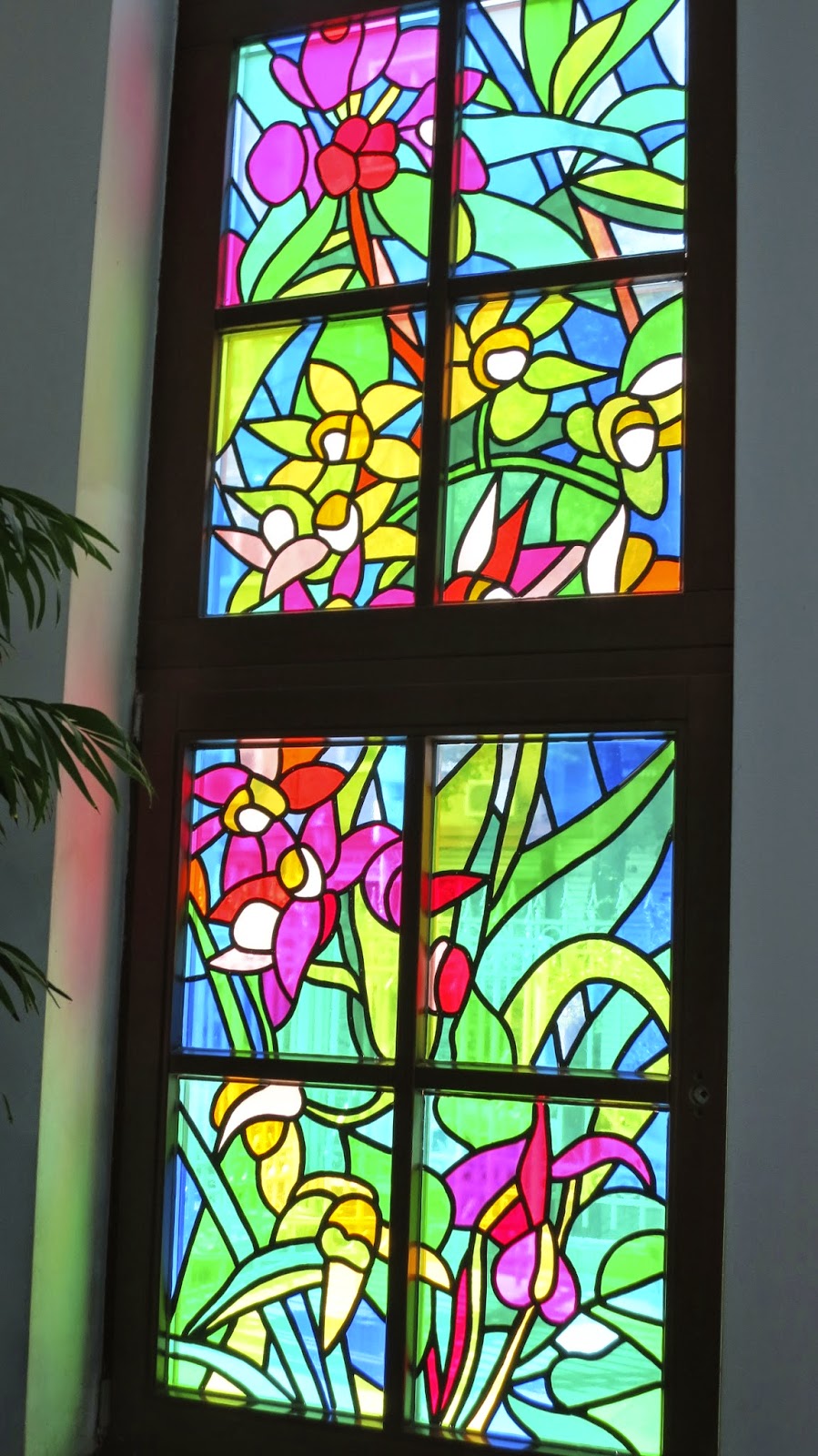 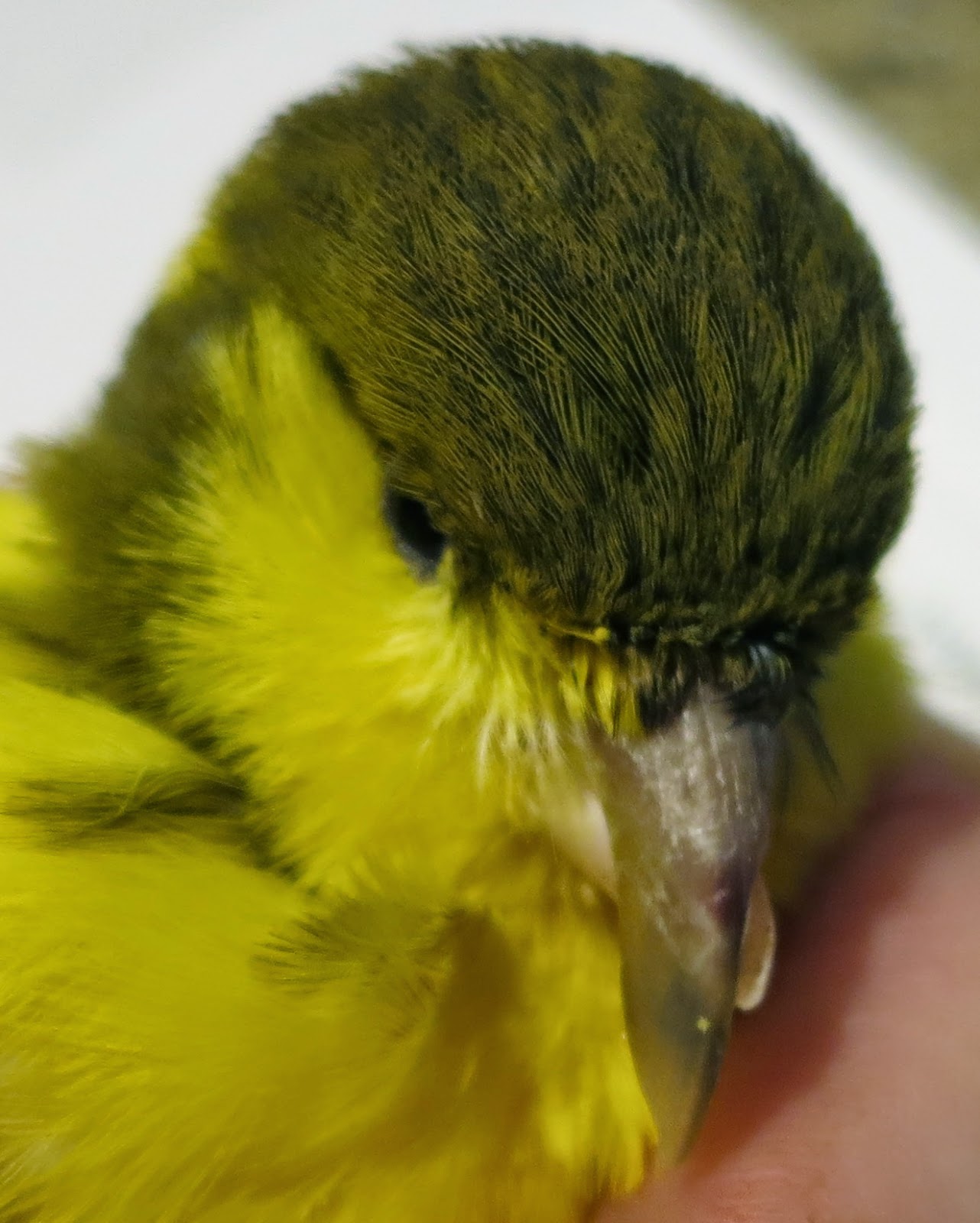 Sorry for the delay in posts, I worked the last six of seven days! I can't hardly believe that I saw this overgrown beak for the first time this morning! 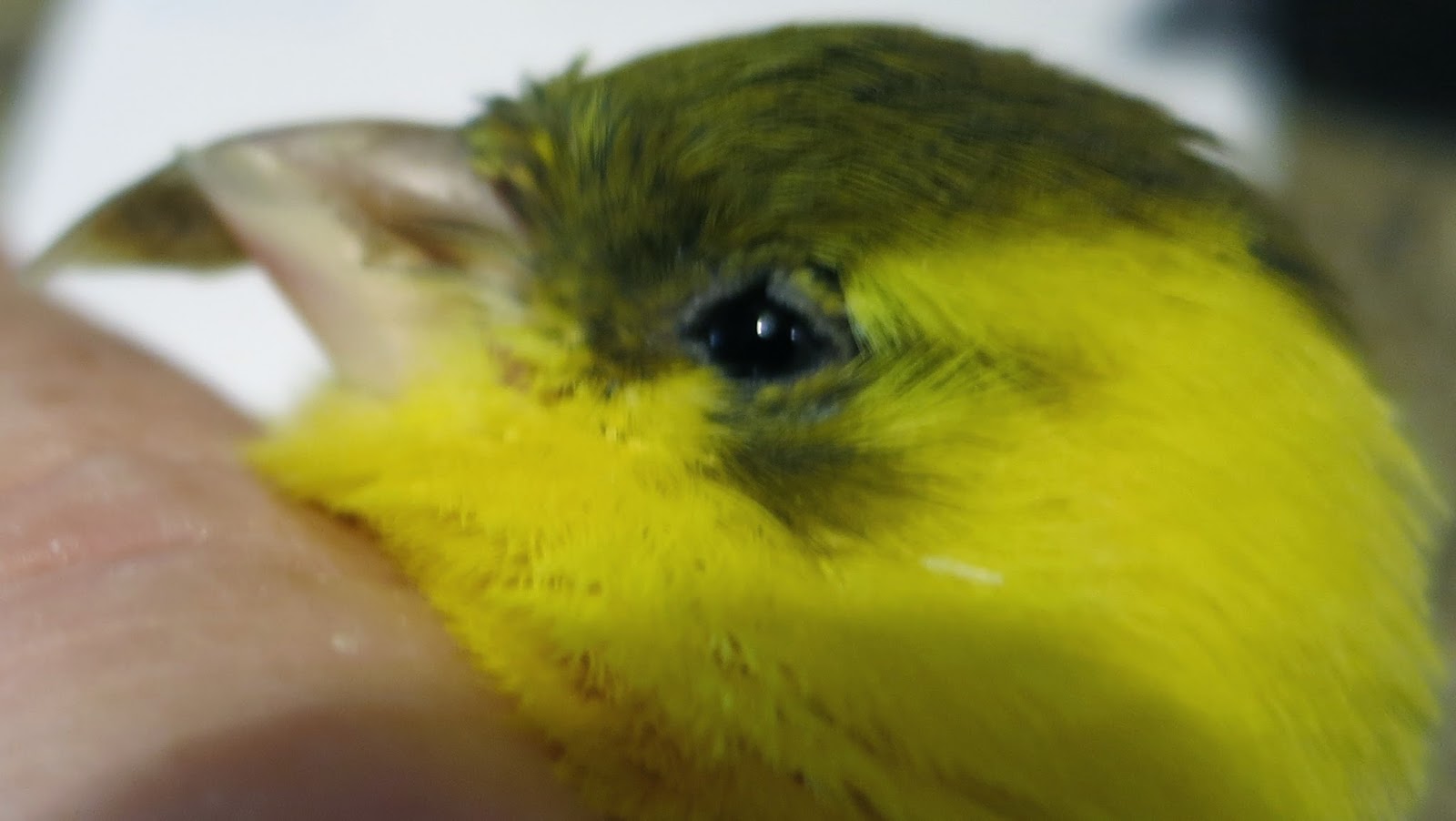 View from the other side shows lower beak is also overgrown. With fingernail clippers I trimmed both the upper and lower beak. 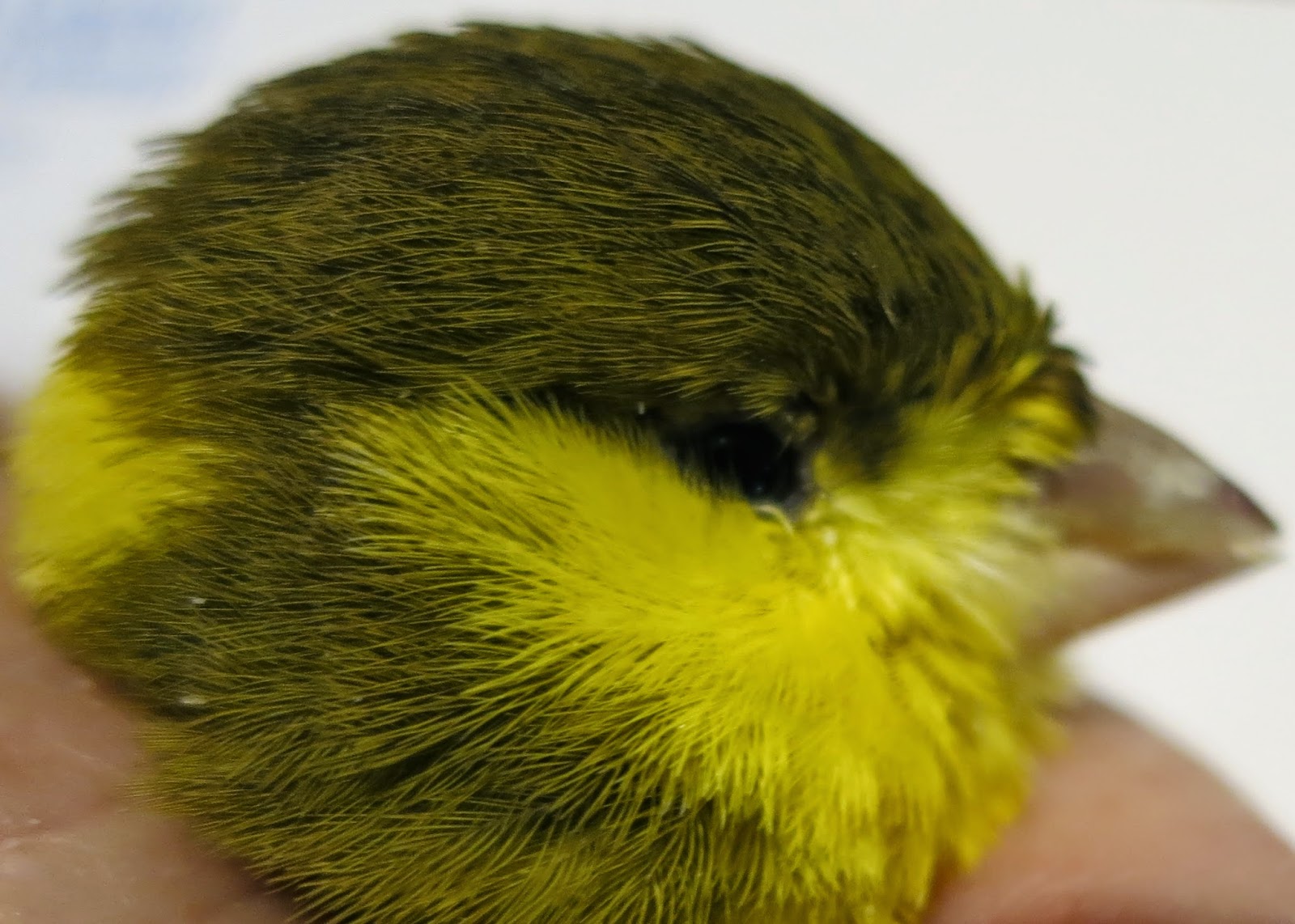 The texture of the top of the beak looks wrinkled and abnormal so I am going to put some Biodecken fungicide liquid and salve on it. 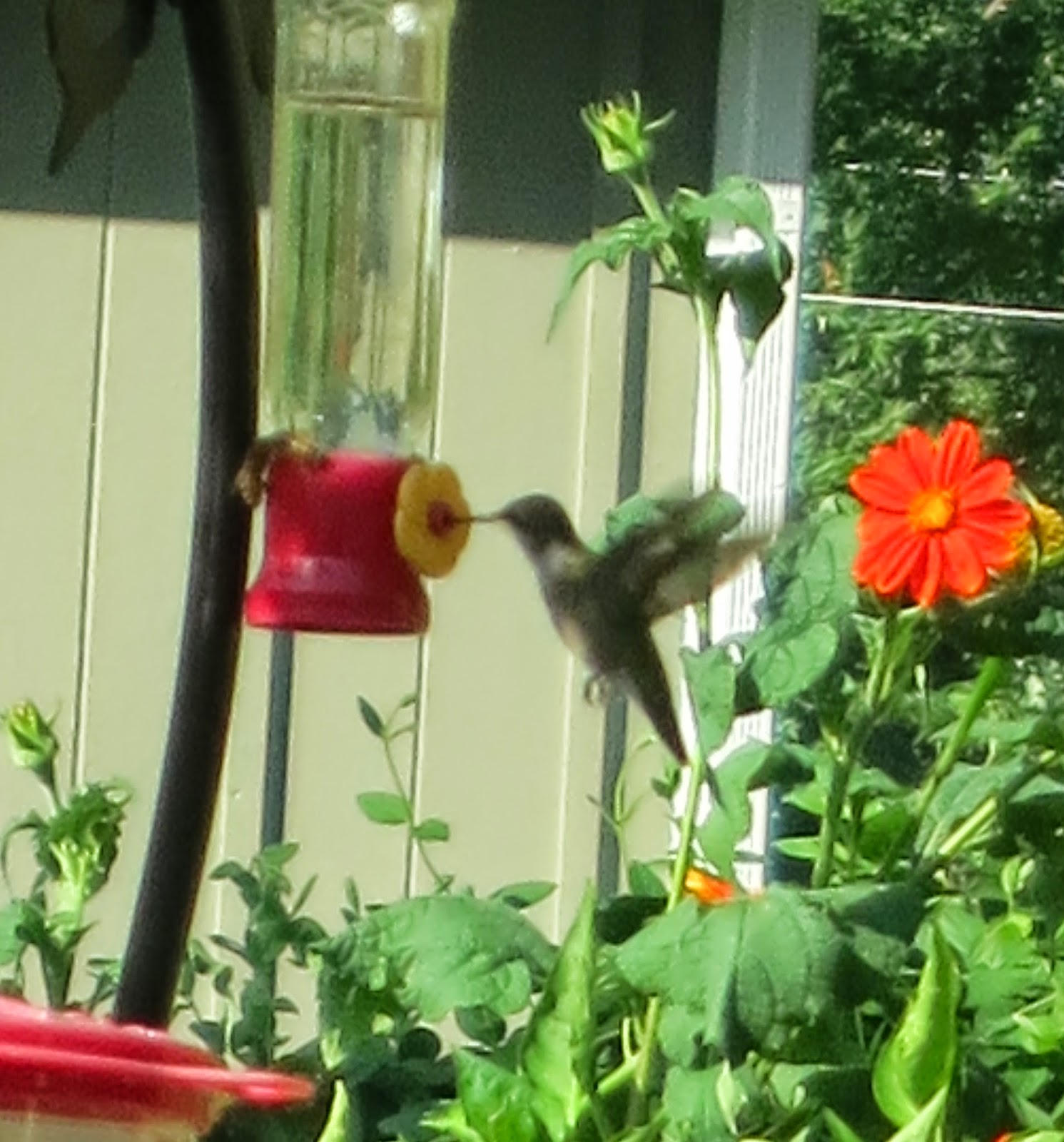 Even with my busy schedule, I am enjoying the hummingbirds in my back yard. This is a $1 hummingbird feeder from Lowe's that they prefer over the $15 Audubon recommended round ones. 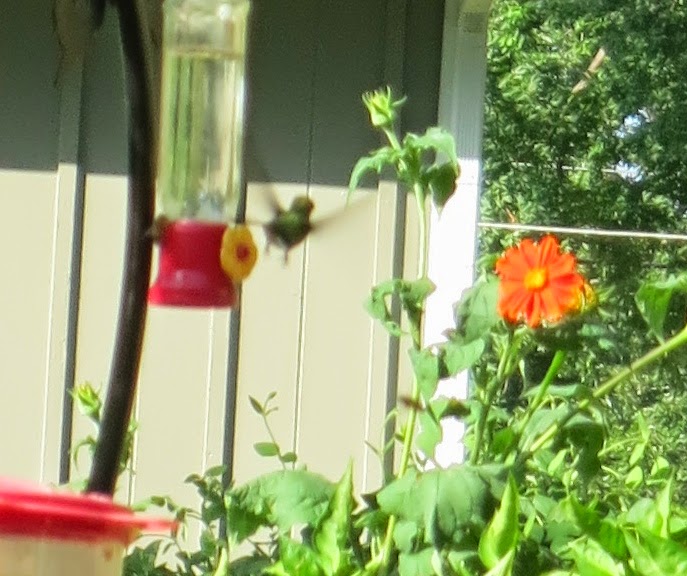 Can you relate to this? Like a hummingbird I am off and running headed to Kansas City for my nephew Lucas's wedding this afternoon!
Posted by Linda Hogan at 8:05 AM No comments:

Canary Culture Unites People All Over The World 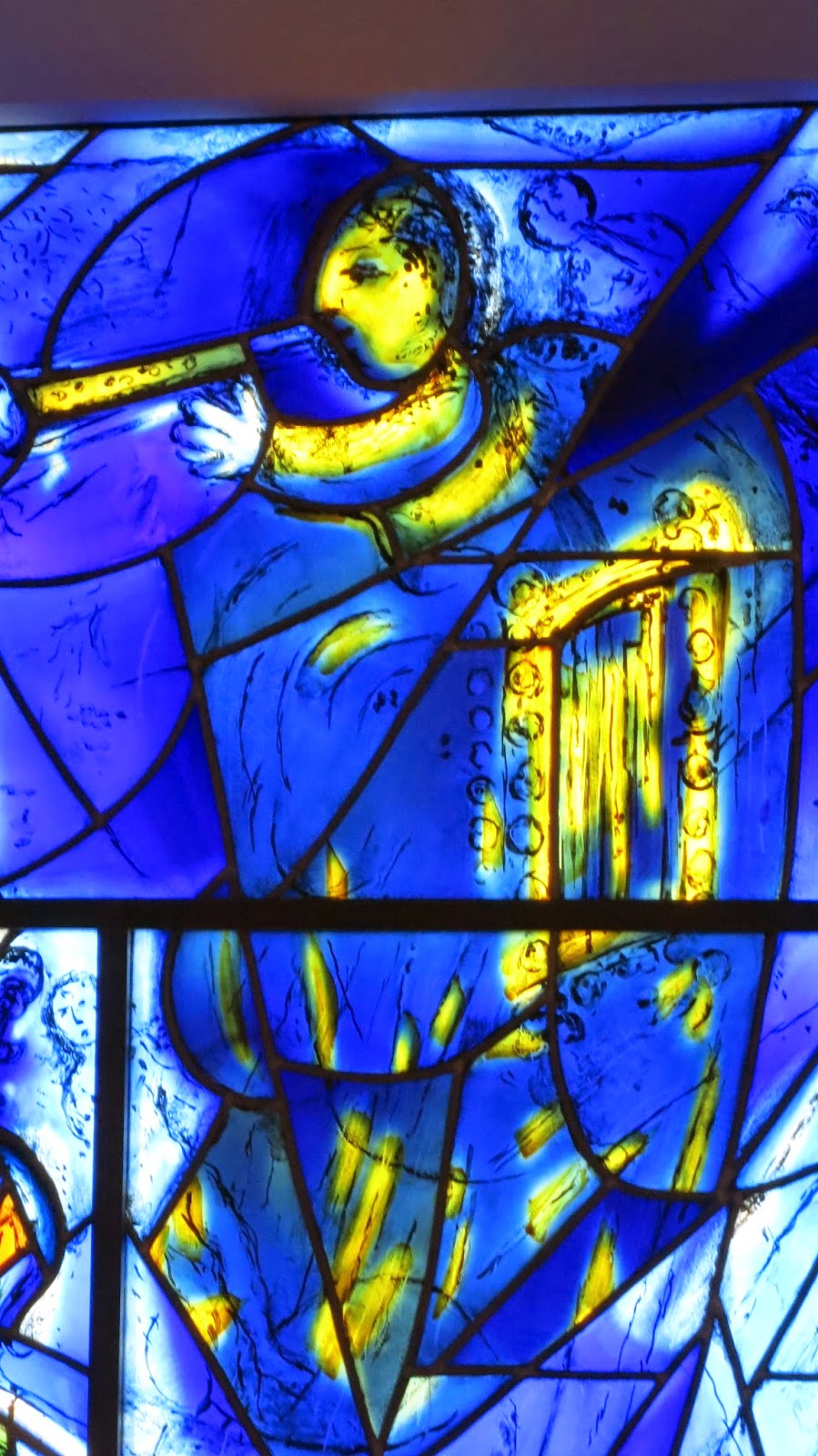 It's really fantastic that so many people all over the world regularly read this blog! 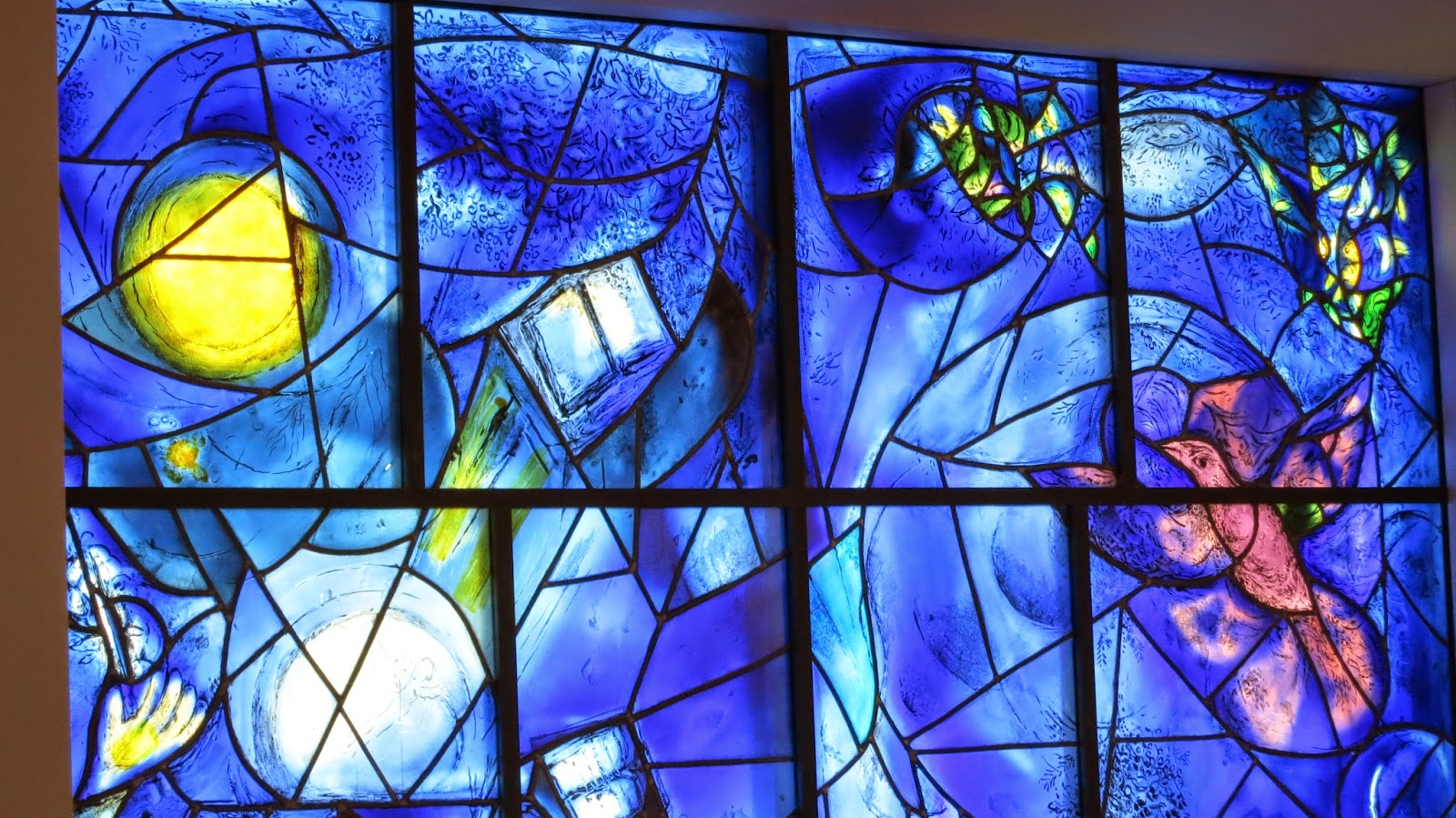 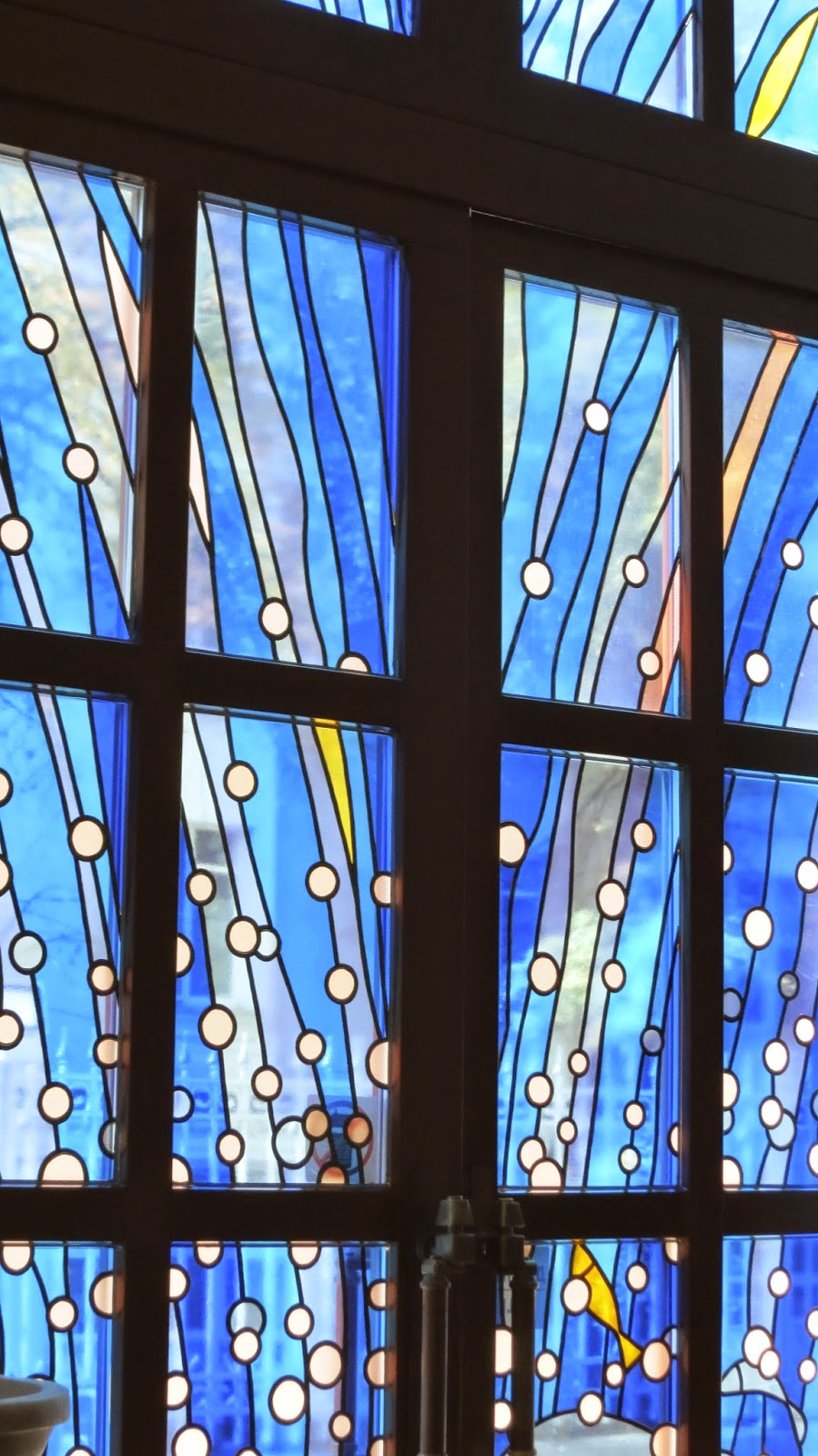 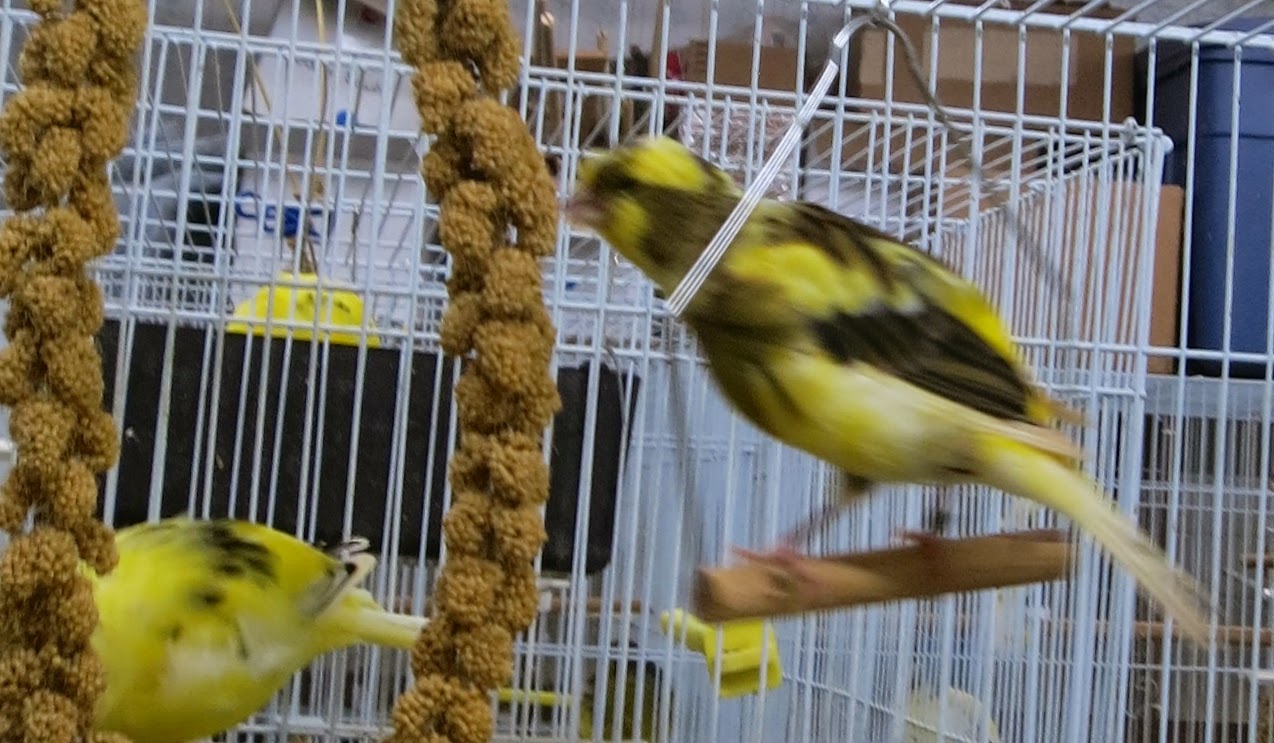 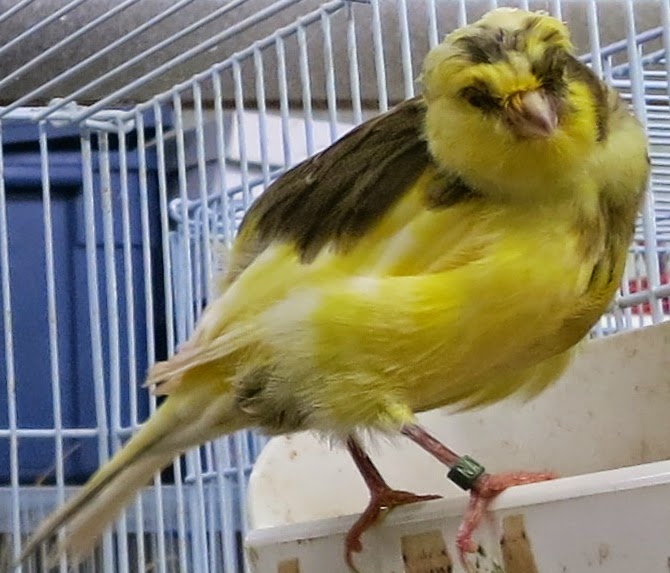 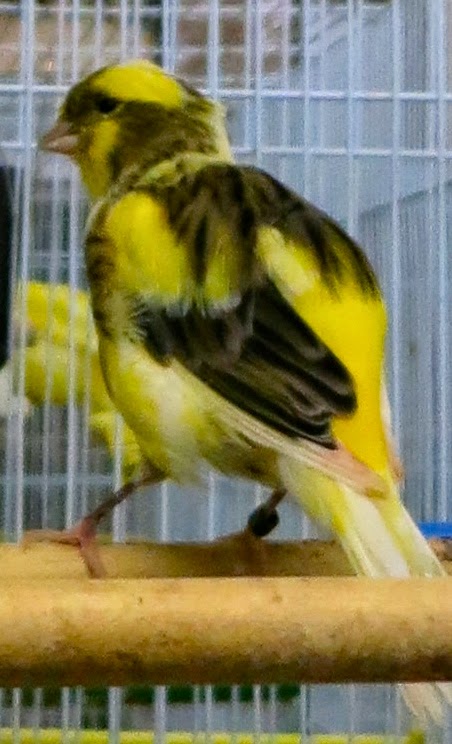 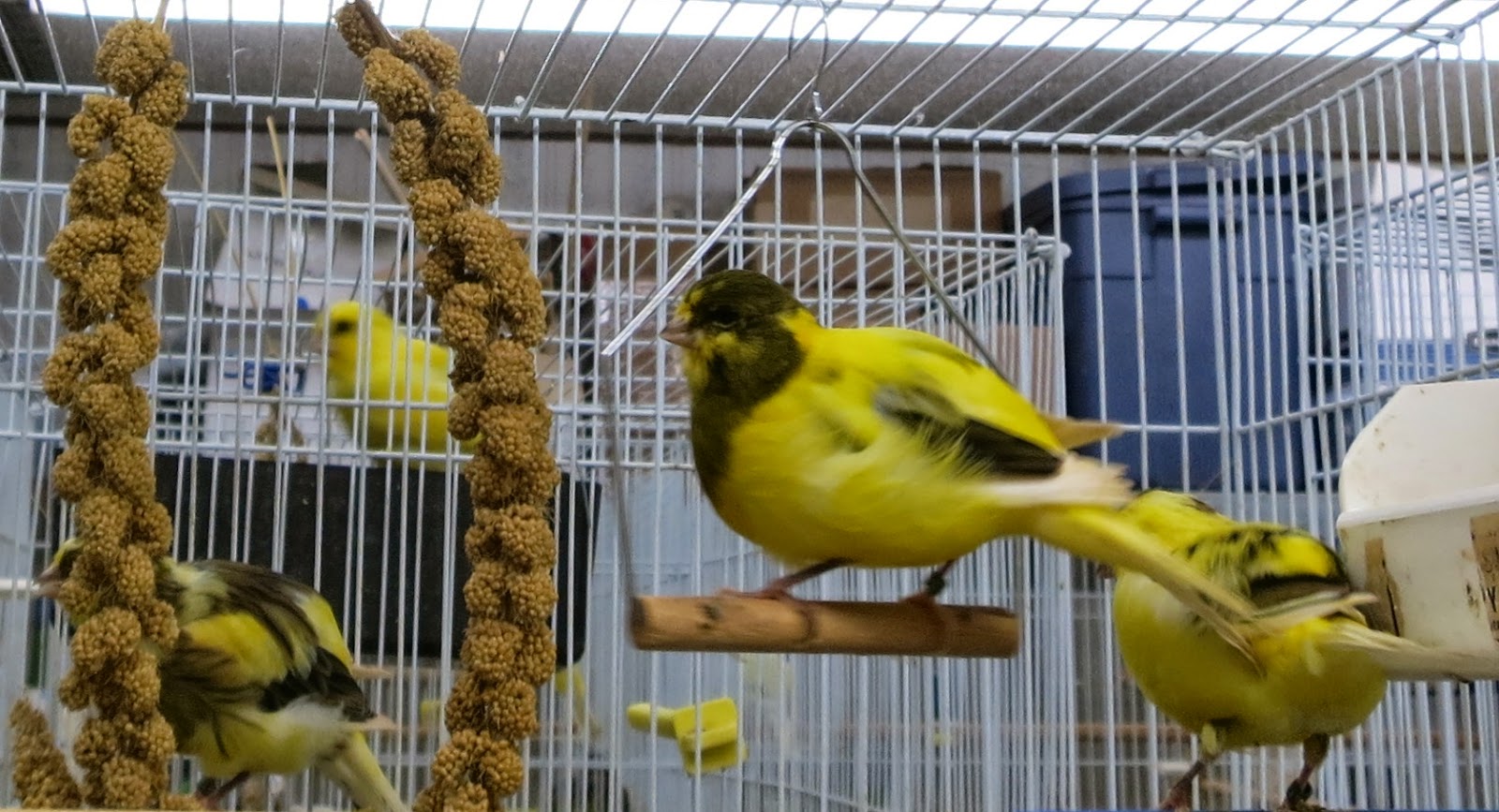 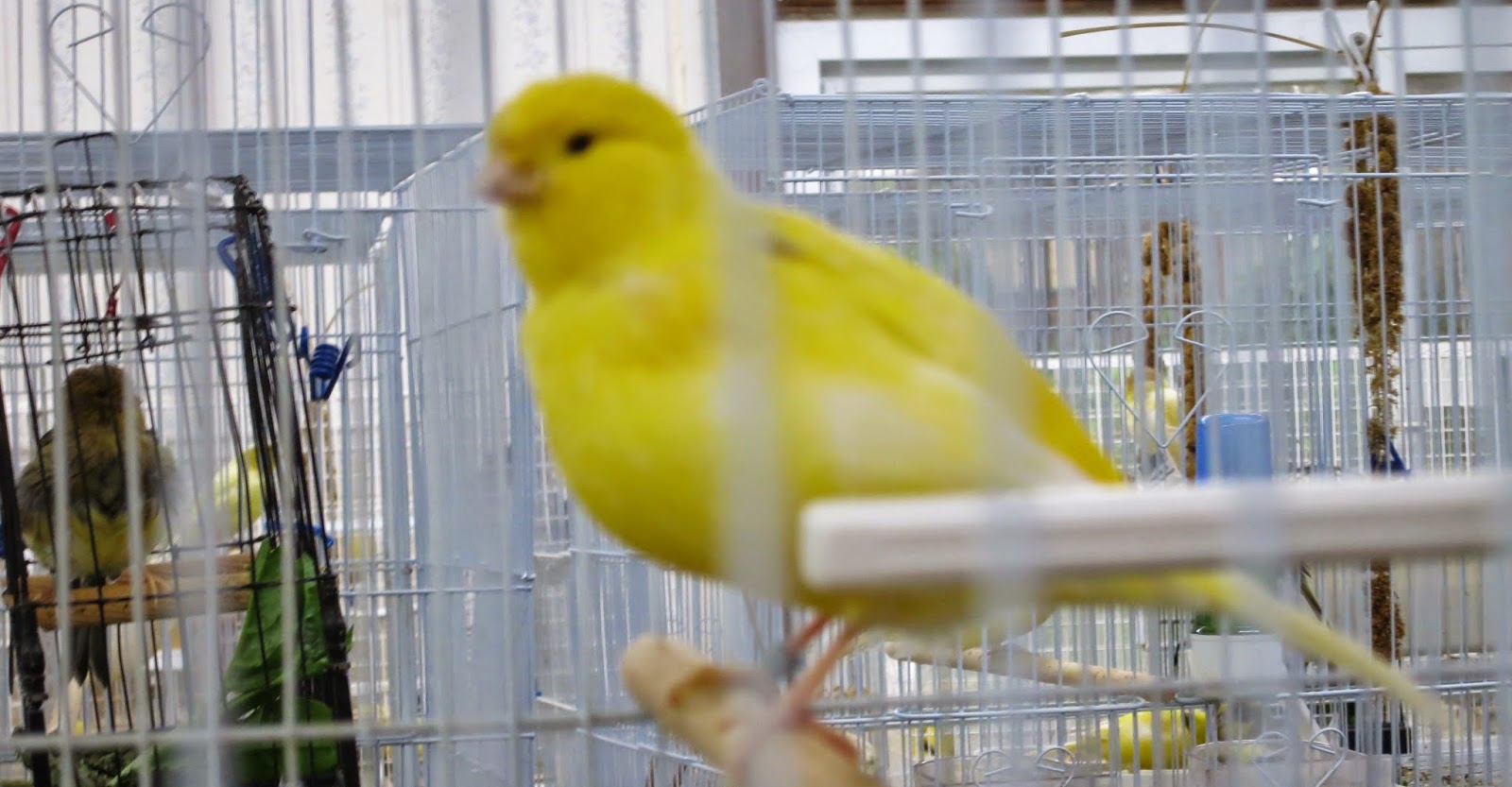 Feather length is genetic and a result of our feather pairing but a bird carrying its tail wide is a warning sign that the birds health is not up to par and we need to tweak its diet and nutrition. A wide tail is not just a little wide but really fanned out. Ignoring wide tails eventually leads to breeding failure and ultimately neurological problems and death.

First, I like to check its weight and make sure it is not too thin.  Either get some weight on it or trouble stands ahead.

Second, if it can stand some weight add sunflower chips (pieces) to its seed mix. They are great for weight gain and a good natural source of B vitamins. I also add extra B vitamins to their water. I use the World Organic Liquid B brand.

Third, drop the protein level of the food as too much protein contributes to weight loss and seems to upset Borders system and continued feeding of high protein diets leads to neurological problems. Offer dry nestling food and oats.

During pre-show season, use Boost 250 (dog vitamins from UK) in the water in addition to extra B vitamins. This is the best vitamin product during the pre-show season to tighten feathers, pip tails and bring excellent head and body confirmation.

If wide tails are seen during breeding season, I use either BioDecken or Orlux vitamins and conditioning products with extra B vitamins.
Posted by Linda Hogan at 12:00 AM 4 comments: 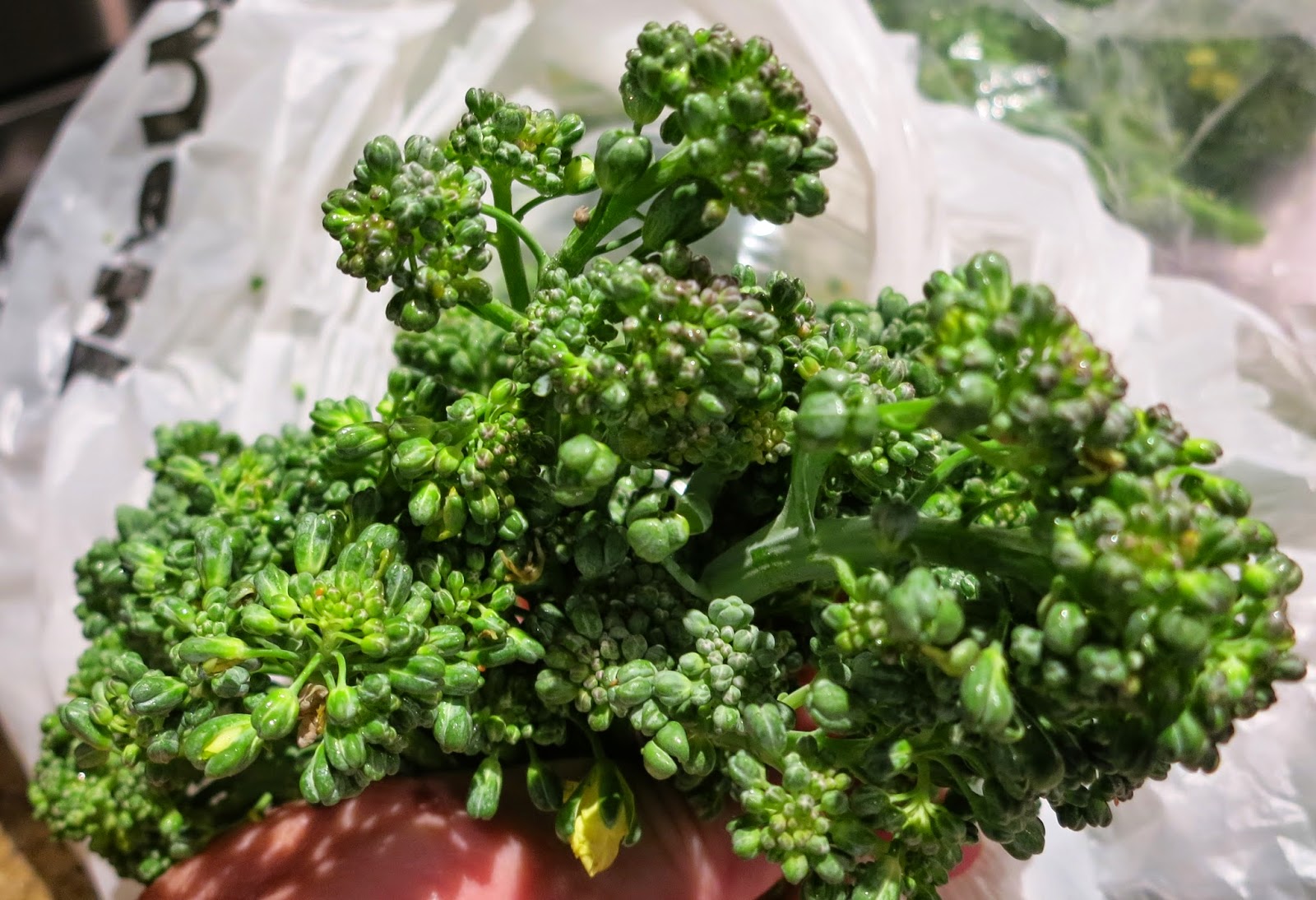 When broccoli gets to the "seedy" head stage, it is a popular munchies for all my birds. Luckily when I attended the Colwich Kansas Wednesday Market, Mary Parker had three large bags of seedy broccoli for sale for only a dollar a bag! People were not buying it because in their opinion it was over the hill but when I saw it I was so excited and knew it was just perfect for the birds and they would love it. The more loose the florets the better. 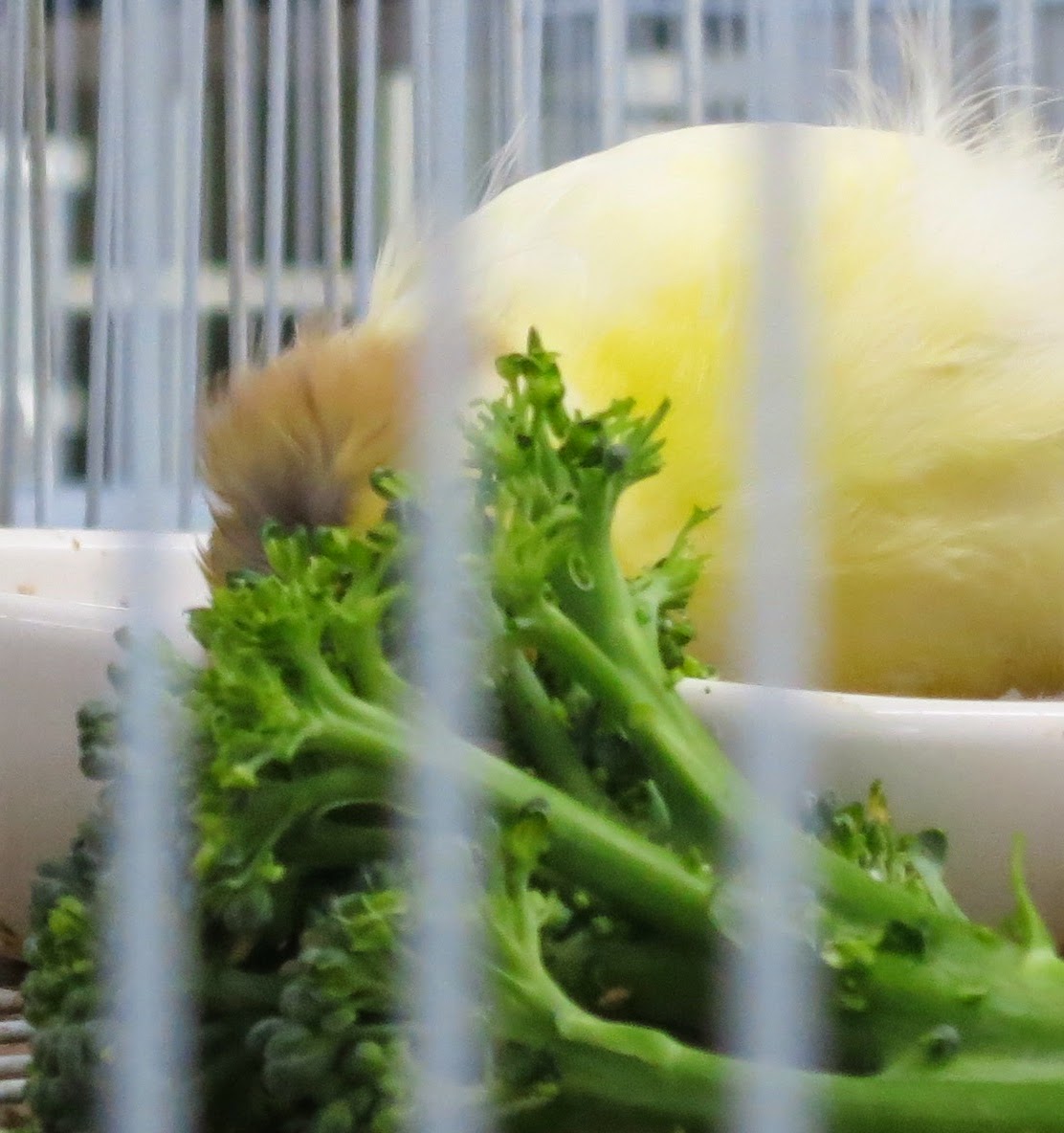 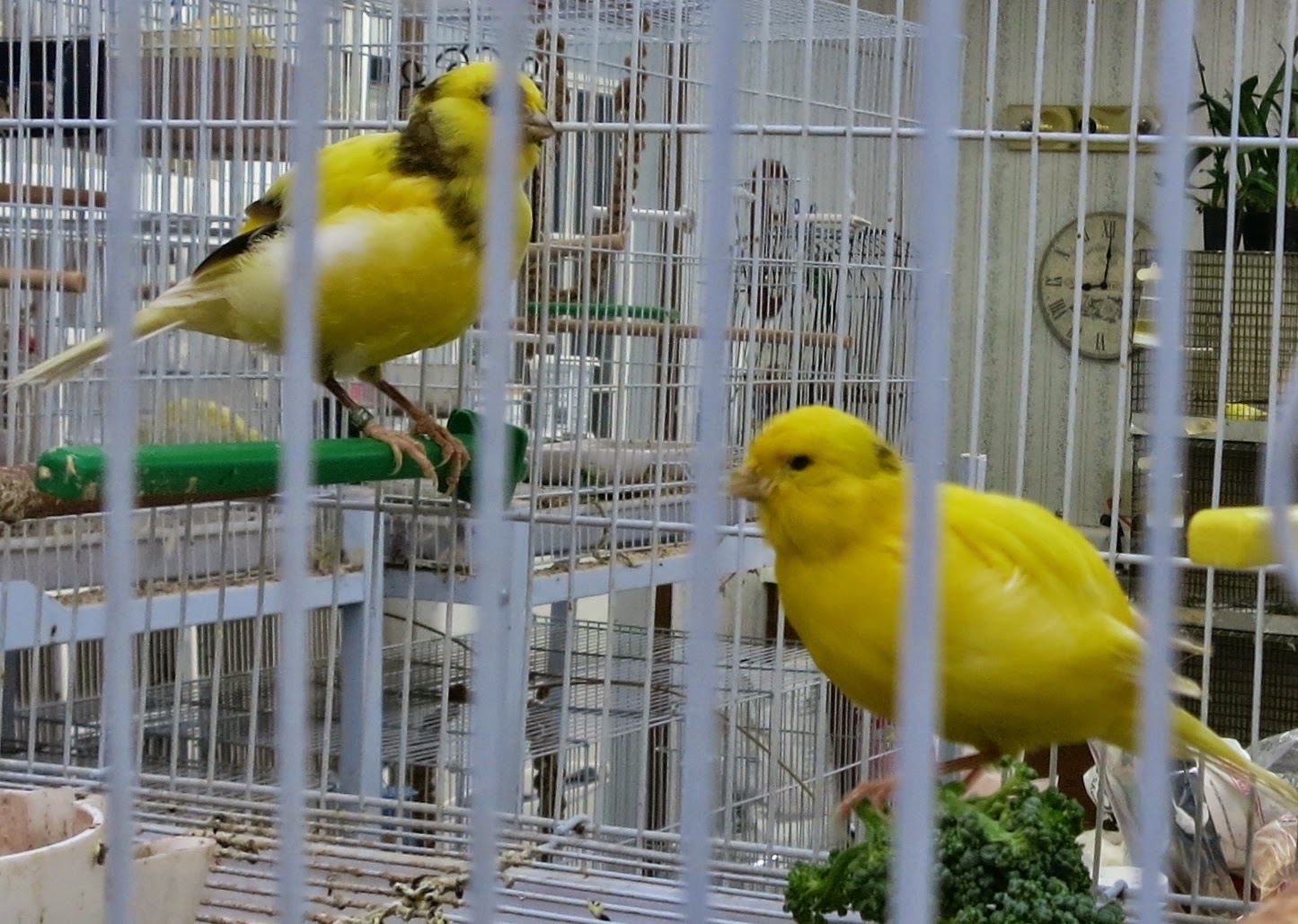 Some young Border Fancy are taking turns perching and munching! 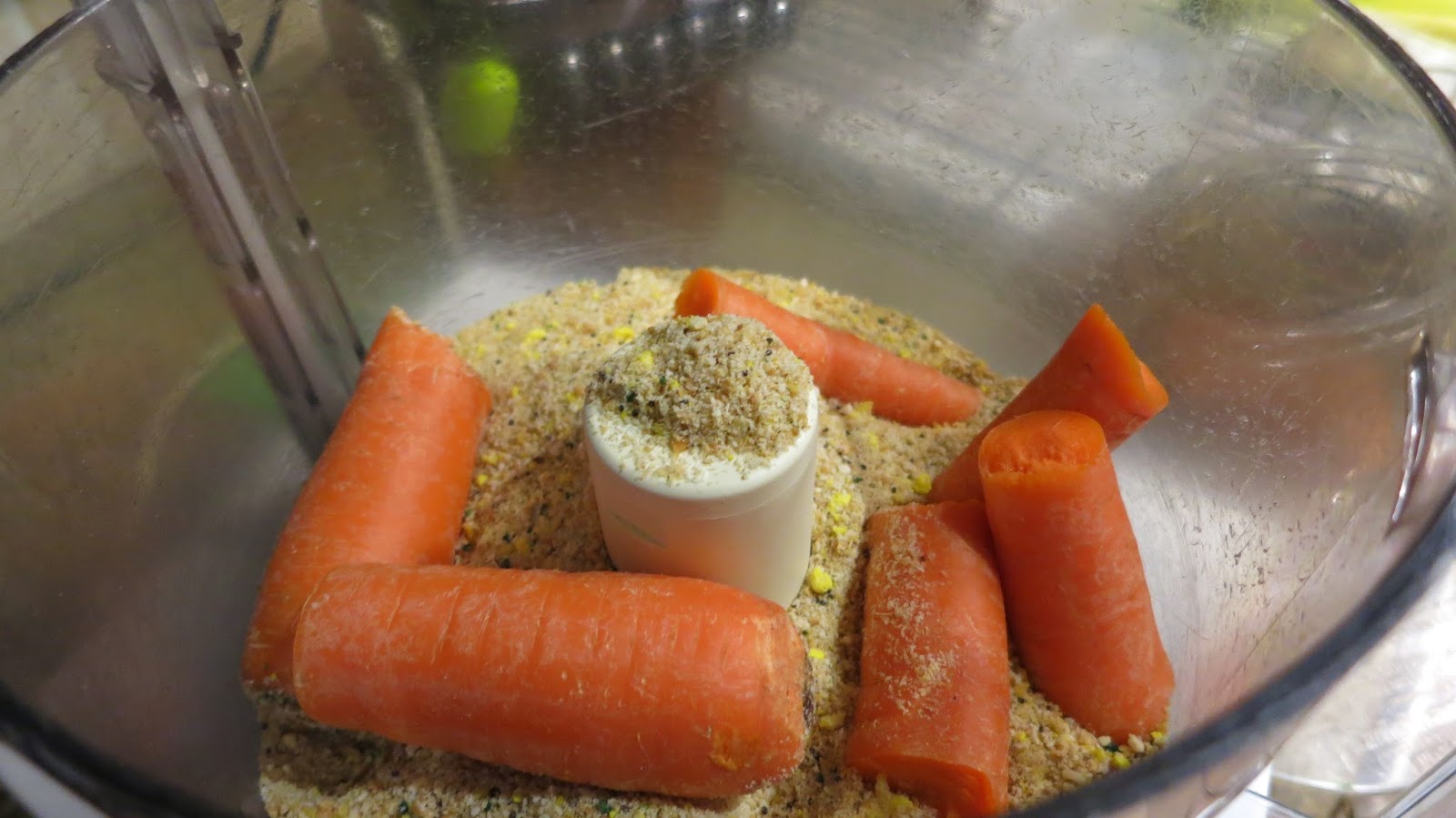 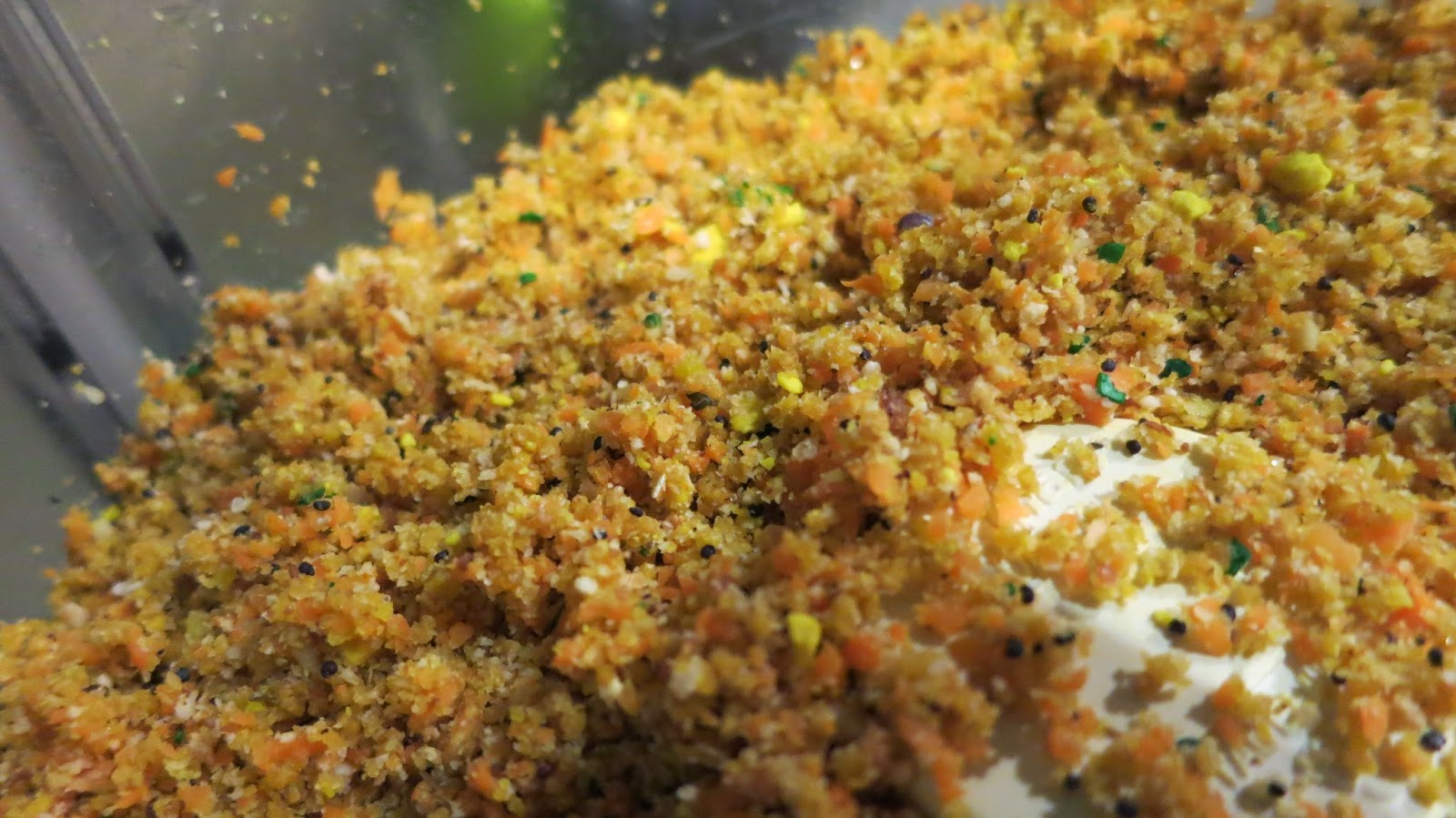 An easy way to feed carrot is to place dry nestling food in the food processor and process fine. The moisture from the carrot makes a nice texture and great treat for my canaries! 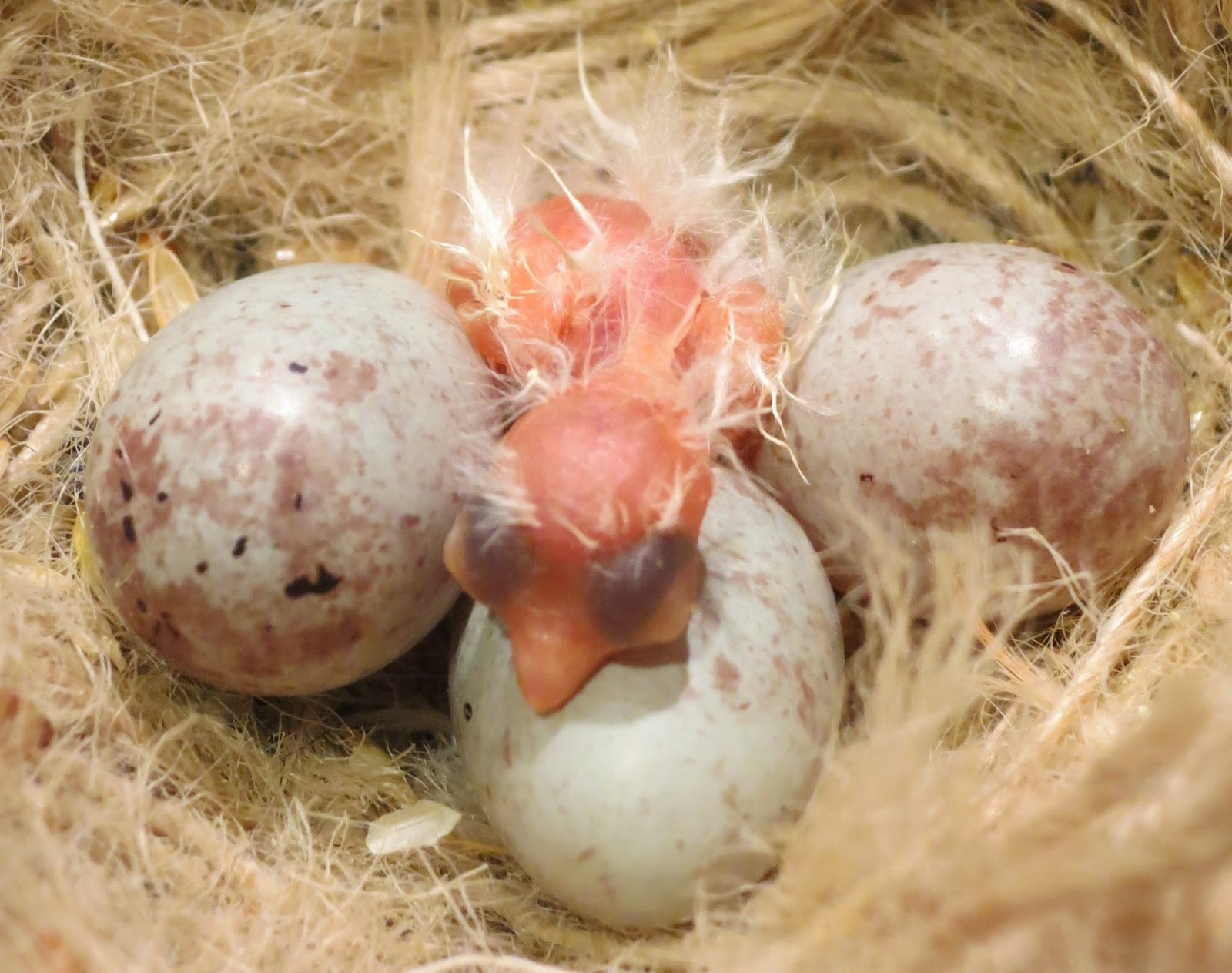 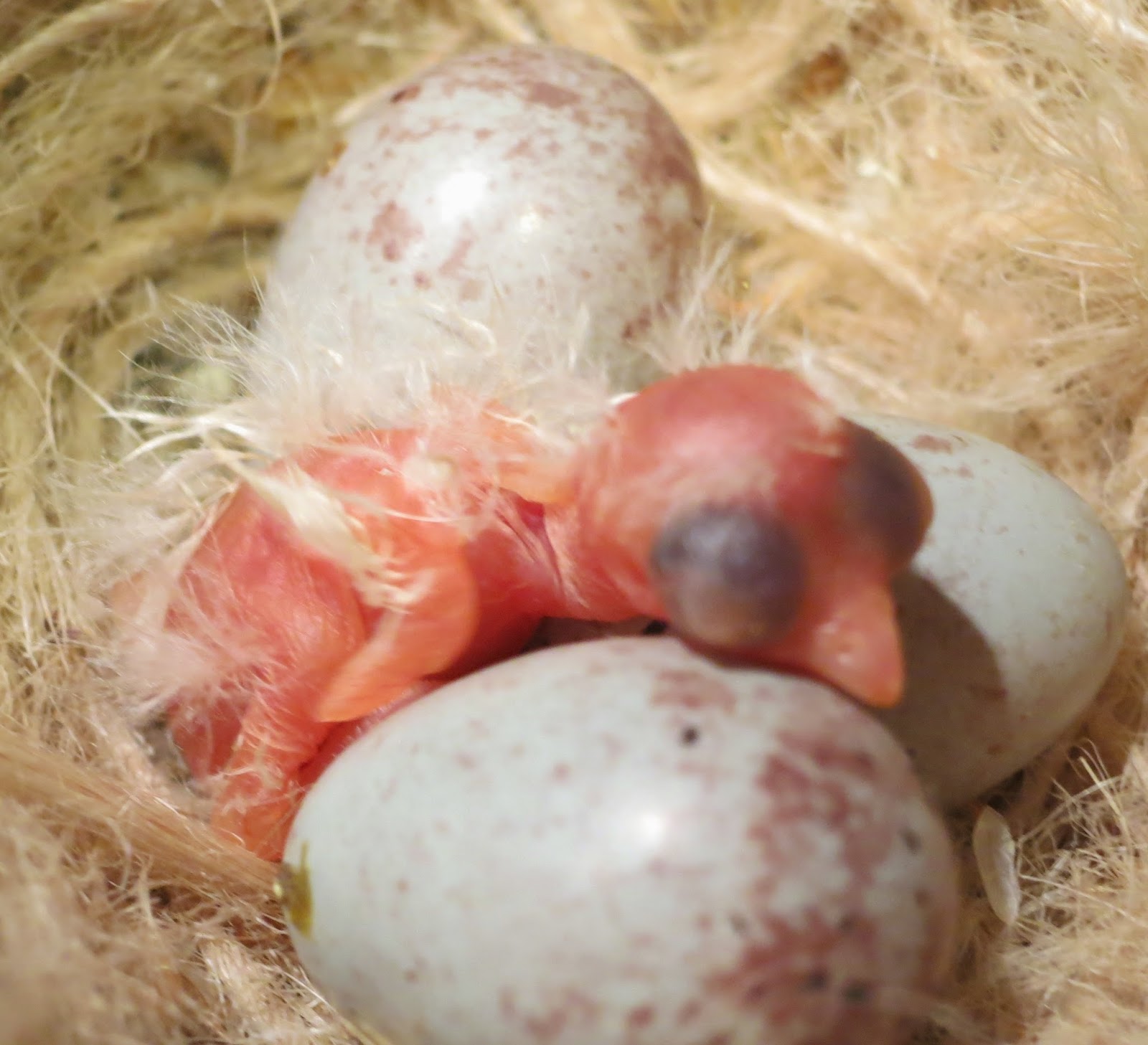 What a surprise today! The same Stafford pair that produced the last chicks of 2014, actually three in the clutch have done it again! One lone chick and it looks like with that bare head that he is going to be crested! It also has a hint of dark on the top, perhaps dark crest?

Just checked this evening and it is being fed! 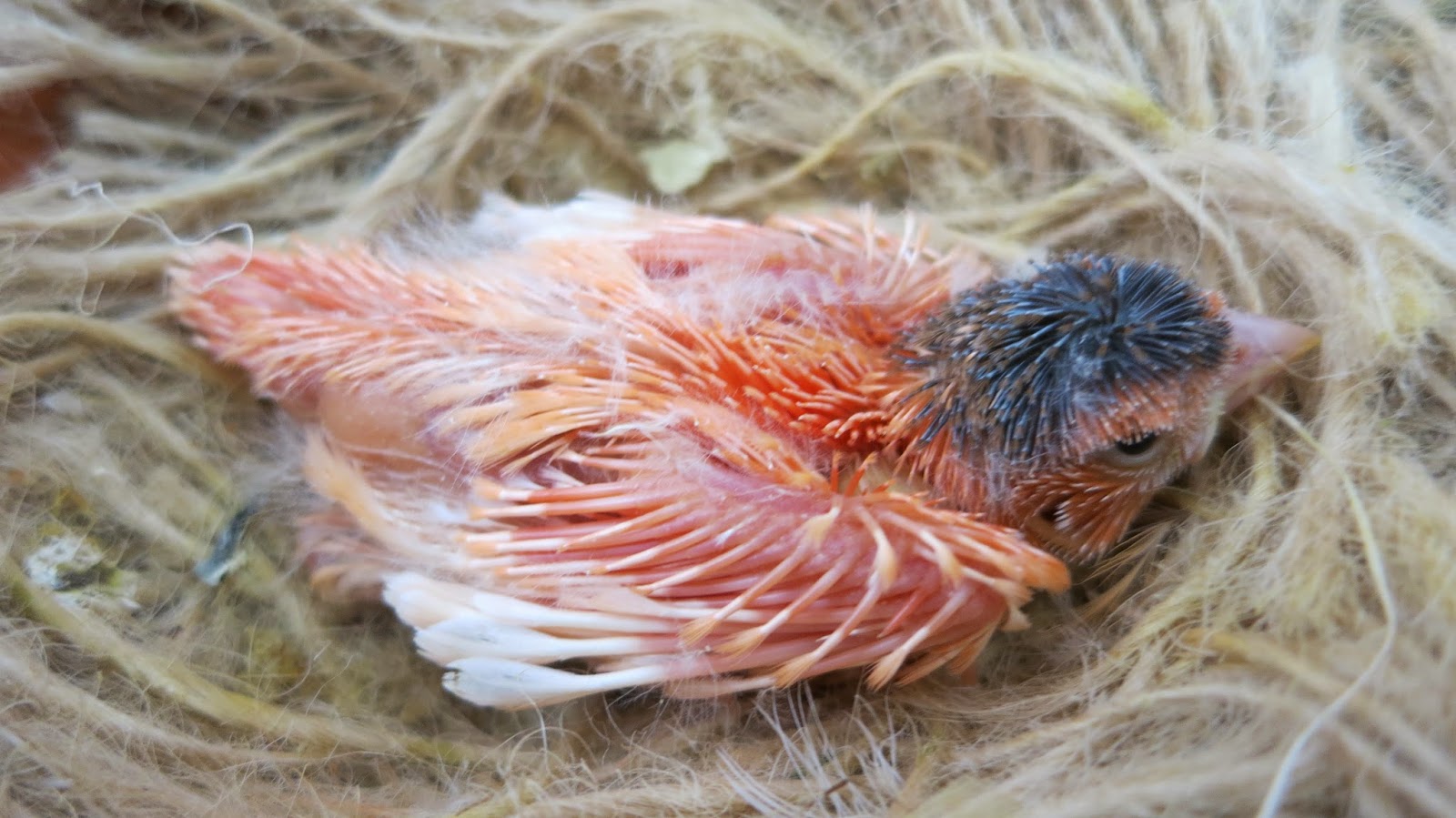 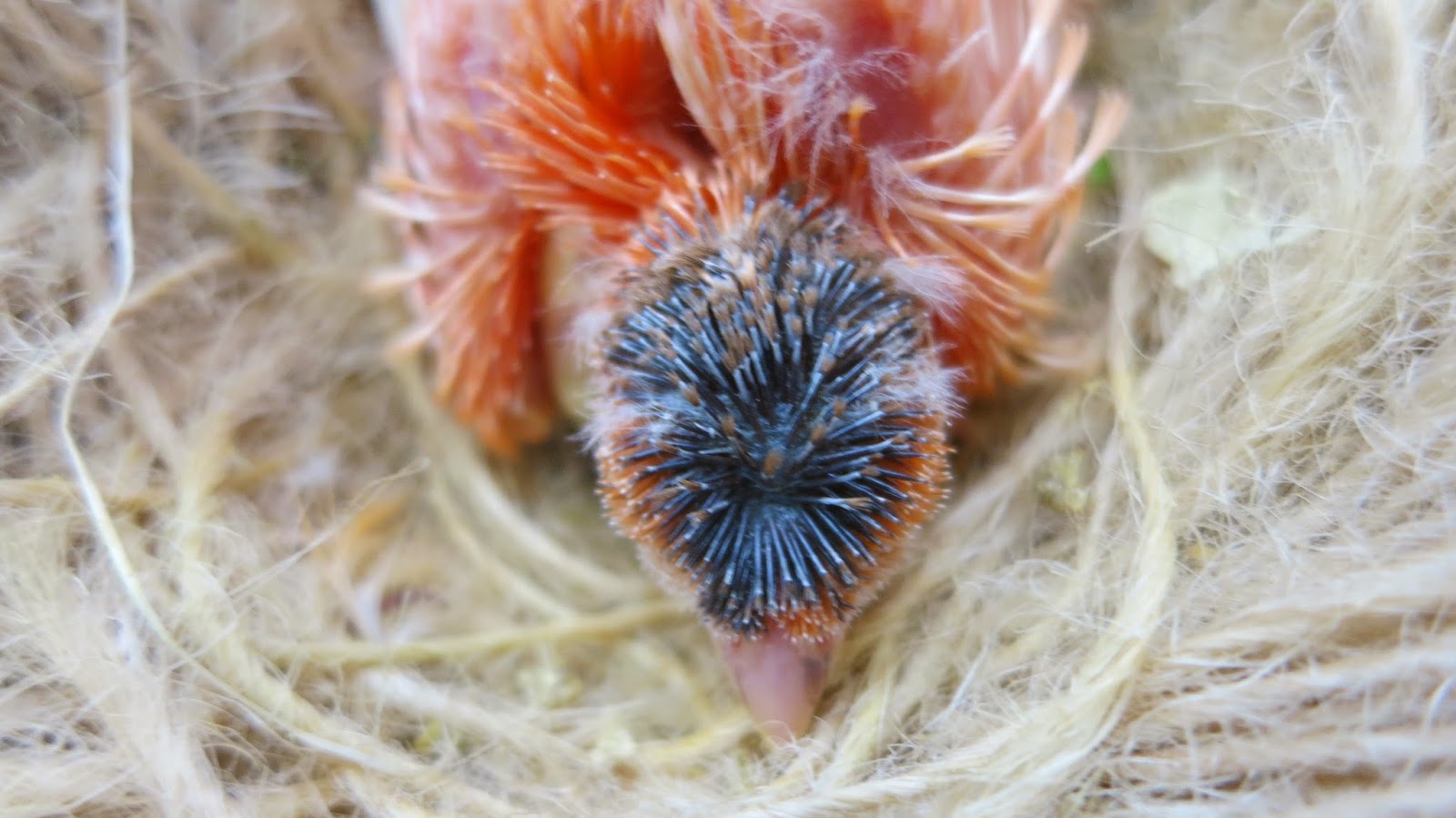