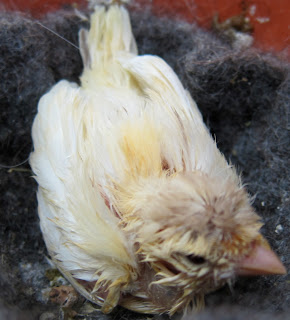 After forcing this Stafford chick's mouth open with one hand and locking my thumb to keep its mouth open, I force fed some ABBA Green 92 dissolved in hot water both yesterday and today, finally around 4 pm it finally started begging and its parents started feeding it again!

So I am hopeful that just maybe it will be a Survivor!!

The pest strips are really doing a good job at eliminating the mites. I decided to wait to do the flock treatment with ivermectin till I can do all of the birds at once. 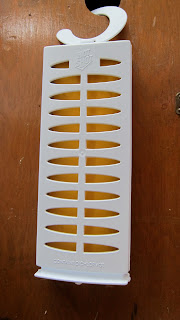 Received a comment that "pest strips don't work."  Let me hear from you.  Do pest strips work to get rid of mites? 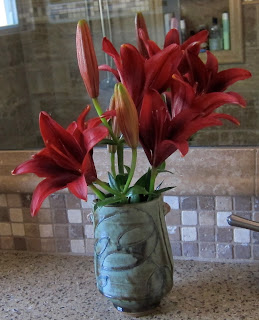 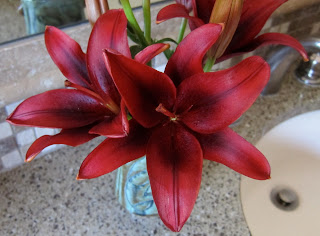 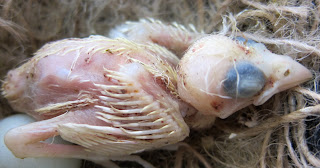 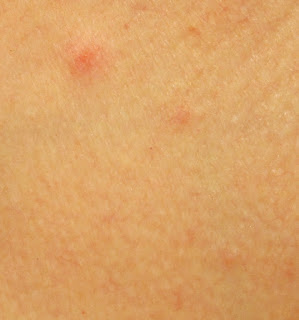 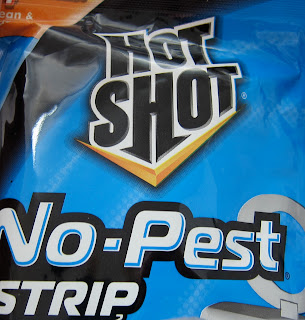 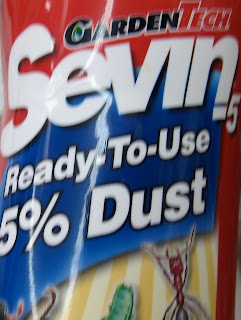 With one Border chick hatching early and getting a big start over its brothers and hopefully sisters who hatched one and two days later, I fostered a newly hatched Border to a nest of two Staffords. 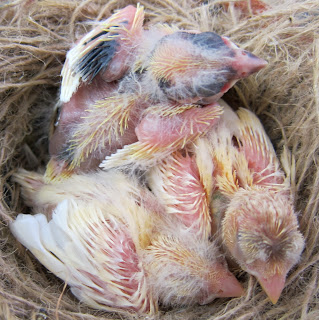 Which one is the Border? Explain how you can tell and what to do if you can't tell. Let me hear from you!!! 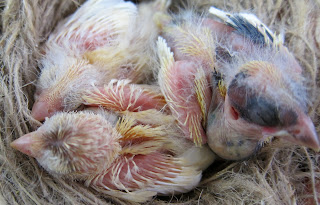 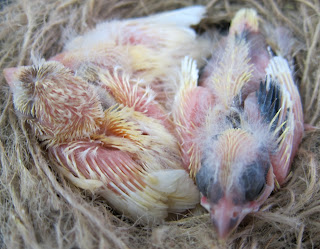 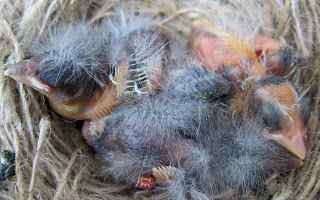 Today, her three chicks were banded. It is always a relief to get chicks banded as at that point, I will give the hen quite a variety and supply of greens. Only a couple more day of aphids, it reached 92 degrees.
Posted by Linda Hogan at 3:05 PM No comments: 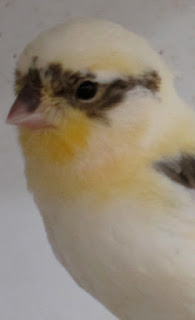 I have great hopes for this 2012 Stafford Mosaic chick. Great head, full neck, and charming markings. Can't wait to see the mosaic pattern after the baby molt!
Posted by Linda Hogan at 2:56 PM 2 comments:

The recall is for a limited range of dates and not all lots. Lots that are recalled are published on the kaytee web site. Check the best before code (date) to determine if your lot is effected.
Posted by Linda Hogan at 9:25 AM No comments: 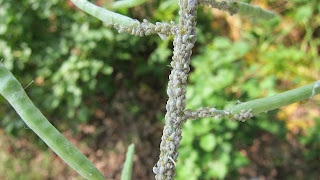 Most of the year the conditions are too hot or too cold for an aphid bloom but the timing is just perfect for this nest of Borders. 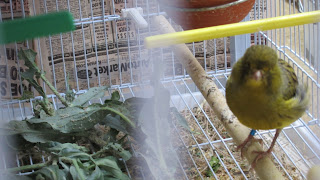 Proud papa Border can't wait for me to get out of site to try some aphids! 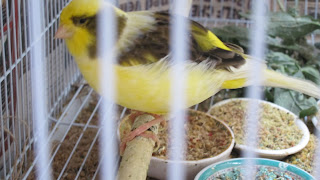 Momma keeps an eye on me and is not happy to be photographed! Her look is a warning "Don't push your luck!" 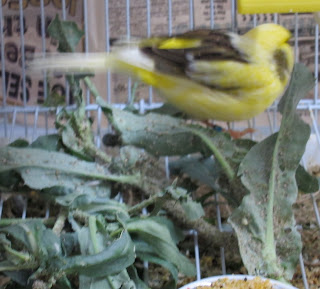 But seeing the aphids, she quickly hopped down and started filling up with aphids to feed her babies!

I will only have aphids for a few days and I sure don't want to get these plant sucking bugs on my orchids but I just could not resist giving the excellent mom a helping hand!
Posted by Linda Hogan at 8:57 AM No comments: 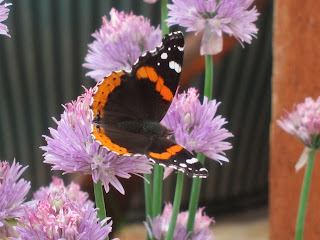 Five Is A Crowd! 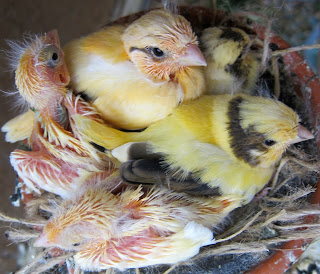 When five chicks grow up in the same nest it soon becomes very crowded!

A simple solution is to add a second nest close to the other one.  Quickly, some of the chicks will move to their new home. It is interesting to see them switch back and forth even though they are too small to leave the nest and run around the floor. 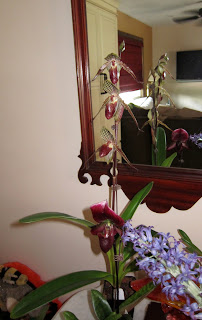 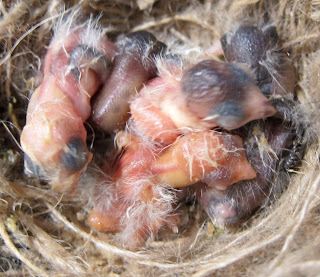 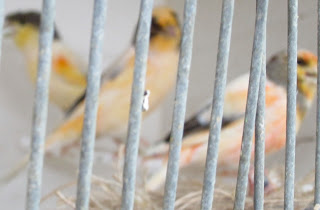 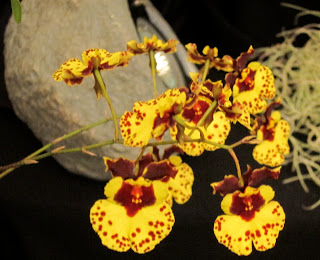