Identifying A Super German Roller Singer and Breeder By Its Mark 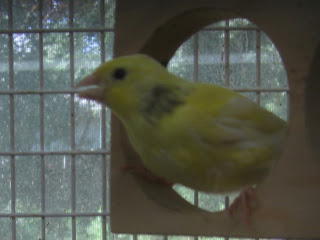 The Special Outstanding Singer Mark is a distinct or faint melanic mark on right or left side of the neck with cheek curve and a peak or point that points toward the eye or extends to the eye. 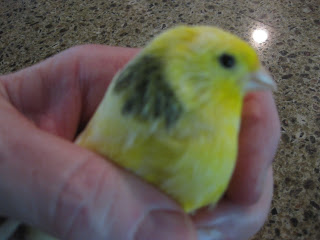 Note how the mark curves with the cheek. 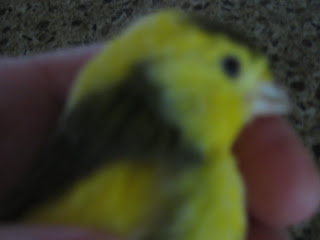 Here the mark is part of the variegation patter, heavier melanic pigment but it is distinctly curved with the cheek and has a point that is pointing to the eye. 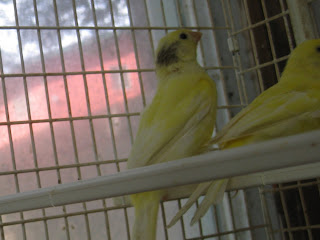 This mark extends to the eye. 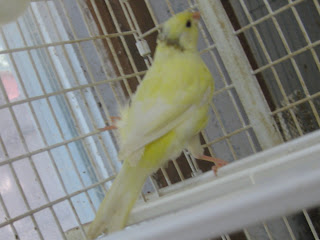 Less obvious mark that points to its eye. 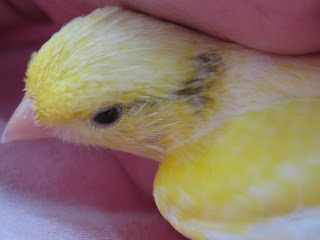 Nice mark that is obvious when the bird perches. When the mark is grizzled it is less distinct. 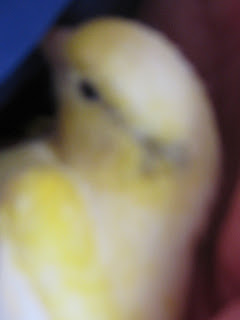 This mark in the photo appears a little high but does curve and point to the eye and does not look so high when the bird perches. The mark is missing the low broad neck part. 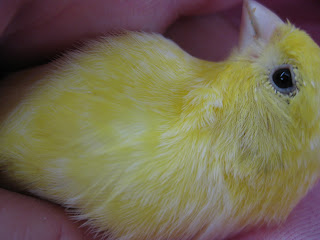 Faint mark hard to see unless you brush the feathers. These appear high because the lower part of the mark at the neckline is missing but instead show only the curving and point. This one has a fantastic hollow roll. 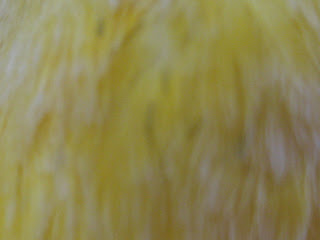 Tough to see because it is almost invisible mark that lacks the neck mark and curving is not as apparent unless you draw an imaginary line from the top of the streaks and you will also note that it also points to the eye. This one has a beautiful tone and fantastic bass!

Many years ago, I noticed that my highest scoring rollers all had a distinct mark on the right side of their neck. Starting at the neck line just above the shoulders was a base and curving mark that pointed or reached the eye.

Being fairly new to roller breeding at the time, I contacted the now late Jim Naquin, a well known outstanding roller master breeder from California, and ask if my observations were correct. Not being an easy guy to get answers from, I was thrilled when he enthusiastically told me that yes my observation of the curved pointing mark and high scoring was correct but that the mark could be on either side or both. He also agreed that these bird's offspring are consistently the best of the bunch! Now so many years later, I finally just this year have some double marked birds which I think are probably hens.

When I attended the German Meisterschaft Roller Shows in Germany, I was not surprised by the high number top scoring birds which displayed the Super Singer Mark. If was at least 80 or more %!

Breeding quality roller song is a challenge because it is not simply one gene producing a desired note. Most of the genes are not directly expressed but the sound observed is the result of not only having the gene but also the right regulator genes that control its expression.

Song genes are located on the same sex chromosomes with genes for pigmentation. Some traits on top of that, such as Schockel, are recessive and must be inherited from both parents to be sung.
Posted by Linda Hogan at 9:55 AM

Linda, that mark is also "desireable" in waterslagers.
That grizzle pattern is quite common in the betters singers. I think it shows the common ancestry between rollers and waterslagers?