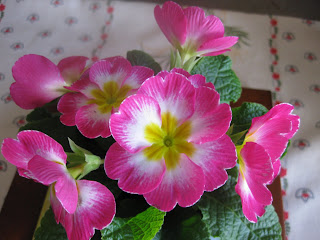 Sharon from Israel writes: I have a canary question and would truly appreciate your help! My hen laid 5 eggs, and she's now brooding. For some odd reason the male keeps perching near the nest and nibble at the hen's tail excessively as well as pulling at the nesting materials.

Fearing this may disturb the female, I have separated them using the divider in the cage. Although I placed the divider, the male keeps pulling nesting materials from his side of the cage, and tries (to no avail) to feed the female when she calls him.

Have you ever encountered such behavior on the male's part during breeding? So much is new to me in this process, I really want everything to go well for the young, first time couple and for me as a first time breeder, and will appreciate you advice in this matter .

Most of the time, the male is well behaved and an asset but when he bothers the nest or hen, it is best to take him out of the cage. Should you leave him in the cage, he likely would keep pulling nesting material until he destroys the nest and compromises the egg incubation. I would use a solid divider or another cage away from the hen so he will not disturb her.

I like to re-introduce the male when chicks are 14 days old as it seems to be a time when the hen is receptive to mate with him again and early mating, several days before the next clutch is laid, results in higher fertility rates.

I have also found that the male is better behaved when two hens are nesting in the cage rather than one.
Posted by Linda Hogan at 6:52 AM

Thank you for replying :)

I separated the male from the female using the net divider of the breeding cage (it did not come with a solid divider), and placed a PVC opaque divider (the kind used in portfolios) on top of that so he cannot harass the hen or the nest.

Since I have a limited amount of space for newly hatched chicks, I will not be able to let the hen go for a second round this season.

I heard that the female usually either plucks the chicks from the first clutch or builds her new nest right on top of them. What should I do as the time approaches and she wishes to start a second nest? Should I separate her from the chicks and leave the male to feed them? How can I make her phaze-out of breeding mode so she could still be placed with the chicks until they are weaned? Your advice will be much appreciated! :)

I hope you have beginners luck but there is something true about don't count your chickens till they are hatched and with canaries we have to add to that weaned!!

Most hens do not pluck their chicks if they are provided with an additional built nest and extra nesting material before the chicks are 14 days old. When chicks are 14 days old they will switch nest even though you have never seen them leave the nest. This gives them two nests to spread out in and the hen will feed both nest. Often I put the second nest immediately adjacent to the first nest.
The easiest way to stop raising chicks is do not put the male back in the cage. Then when the hen lays the eggs will be infertile and she will sit on them for several weeks. She also will likely not lay as quickly when the male is not in the cage.

I agree with what you say about not counting one's chicks before due time; I just hope at least some of the eggs are fertile, for they should hatch sometime next week.

If I have more questions I will post them in this thread.

Thank you very much for the information and advice!

Funny my male Roller is doing that to! He had been an exemplary husband until today when the first check is completely out of the egg! I saw him go up and he seemes to take something out, maybe it was poo? lol I just got my new cage delivered today just in time I think I might take him out and see how it goes. To be honest the mother never leaves the nest except for around 6:00 PM when she comes out to eat and drink I sit here all day watching since the eggs have been almost time to hatch, mother has been spoiled my the male feeding her the past two weeks! I'm hoping this goes well if I take him now. Thank you so much for all you do Linda appreciate it!

when male canary disturb female wat can i do septate him and hang front of female or totally change his location and leave the female all alone even she cant hear the voice of male please help me??