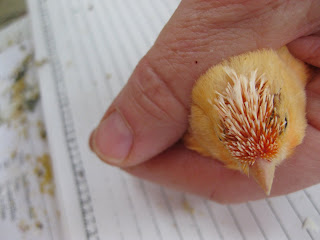 This is the Stafford chick who was brutally attacked. His head was bloody and picked clean but now he has grown a full head of feathers with no apparent permanent damage! See Terror in the Aviary May 27th. 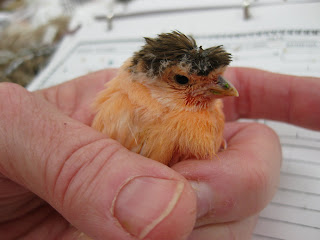 This young Stafford beauty is one of Sooner's chicks! She was especially valuable to my breeding program because of her short feathering and good head. The cock is long feathered and had an unusually large crest. This chick has a large crest for its age. See the cock's crest on January 22nd post. Sooner is pictured on February 2nd. 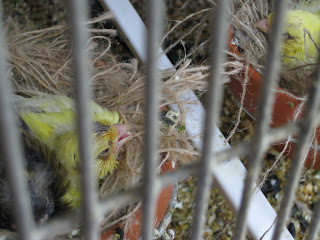 The three Borders who were crowded in one nest are now enjoying the extra room a second nest provides! 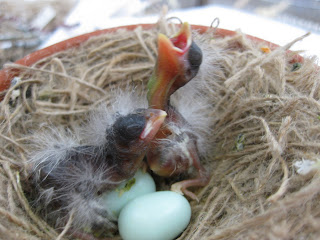 Foster Border mom mentioned on Saturday, who had such thin eggs they broke during incubation, is feeding the two fostered Border chicks!
Posted by Linda Hogan at 9:27 AM