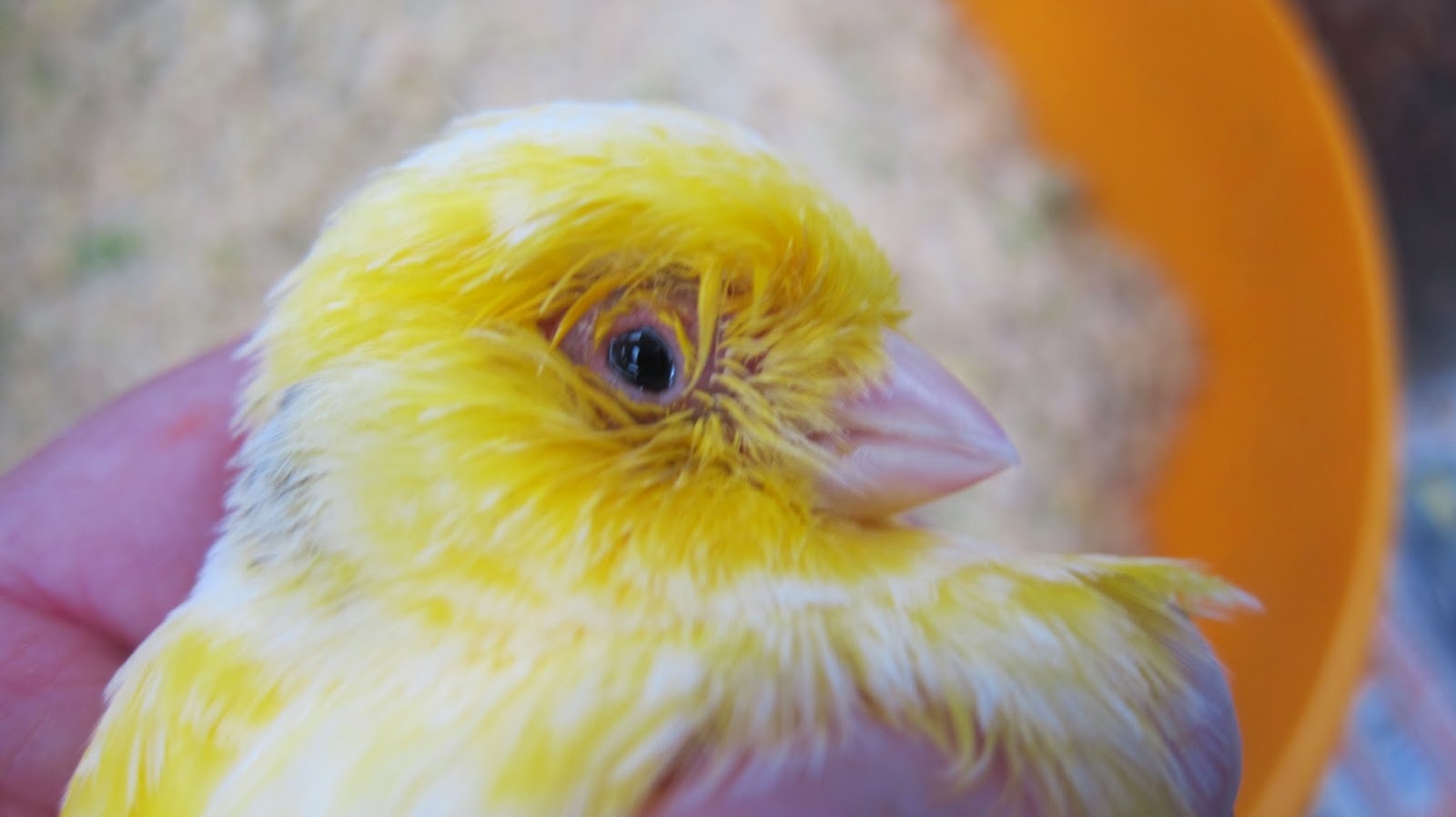 This morning I spotted a nasal sinus infection causing eye problems in this lovely young Border.  At least it is only on her right side and the left side is normal.

My birds are usually healthy and rarely require medication. My last case, a German roller like all previous cases, was back in early February of this year. This is my first case in a Border. 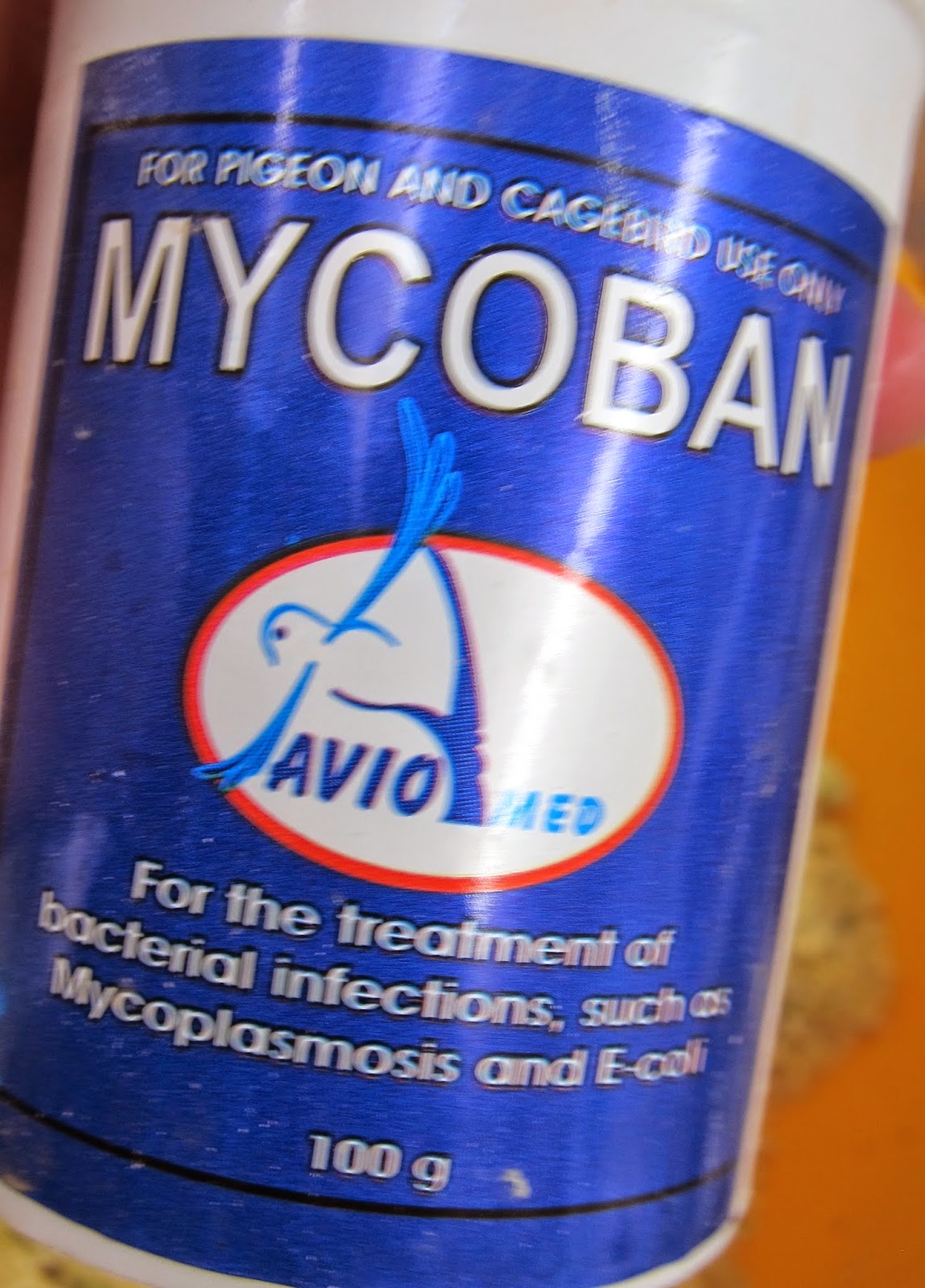 I have tried a number of treatments over the years from tylosin to baytril to Mycoban. Mycoban, in the limited cases I have seen, has prevented the common recurrence problem and until this morning I thought it had eliminated this problem entirely from my aviary.

The next day they were getting along so well, I thought well the short cut worked. Normally when I move a bird to a new group, I move them all to a new cage at the same time as it cuts the stress way down.

Now a week later, I have a sick bird! Now she has her own private cage and I have started treatment with Mycoban. (Foy's Pigeon Supply in the US has Mycoban) 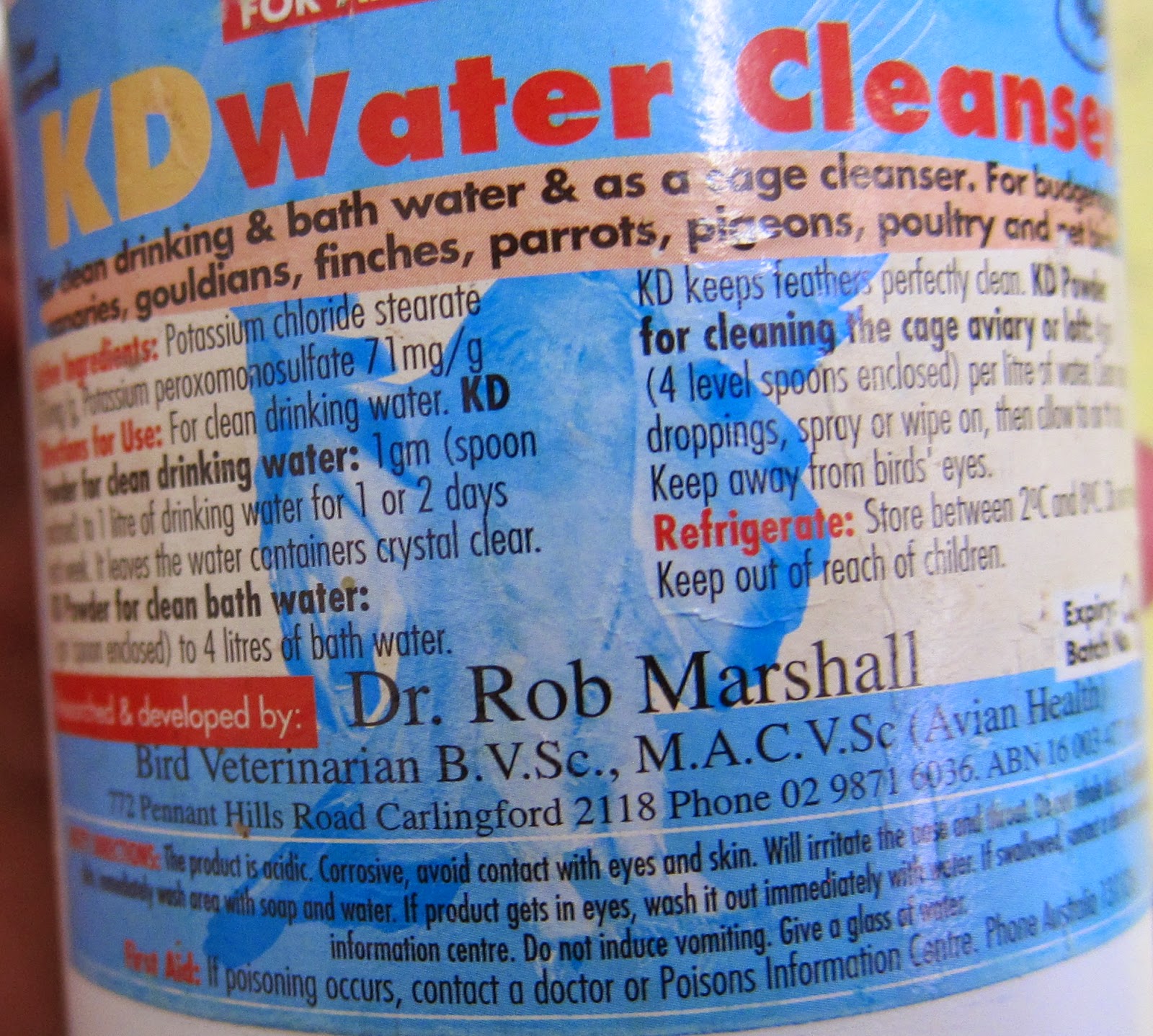 The cage she came from has had its perches cleaned and I will give those birds a couple of days on KD Powder (Dr. Rob Marshall Australia) to prevent anymore cases. KD Powder is sold here by lady gouldian finch. 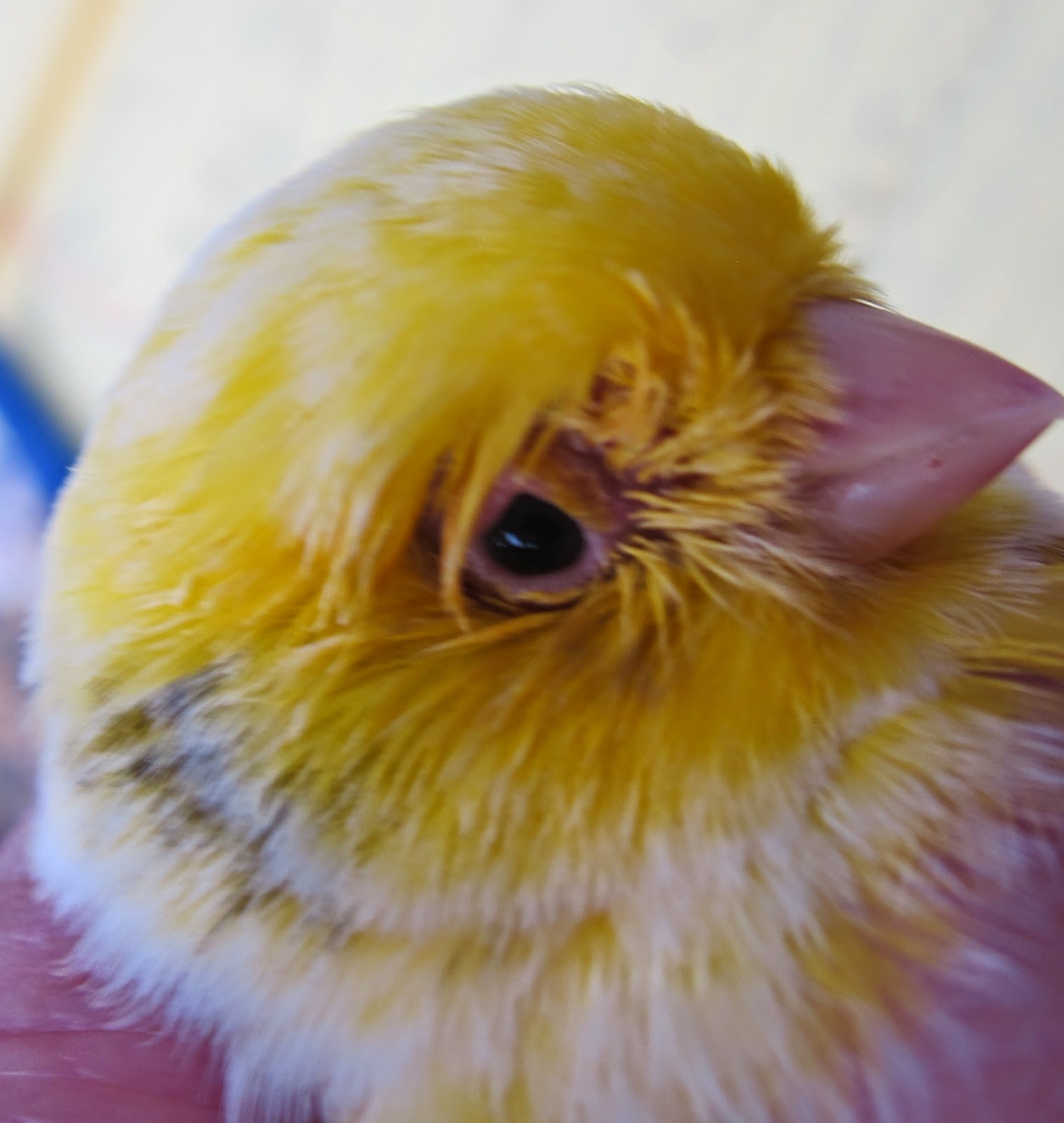 I expected the eye lid to be round and redness gone... Bird activity level is good. Click on each bird photo and Switch back and forth between the two shots. The eye itself looks better but I am disappointed with the results on this bird with mycoban..Switching to baytril (enrofloxyn).
Posted by Linda Hogan at 11:38 AM