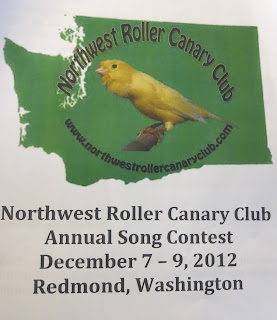 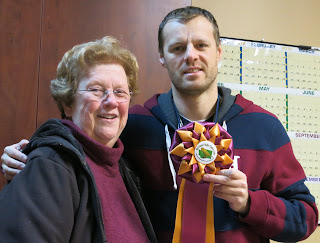 Best Team in Show with its fantastic tone was exhibited by Almin Omic. Beautiful tone comes from great hollow roll and is characterized by the sounds depth, clarity and hollowness. 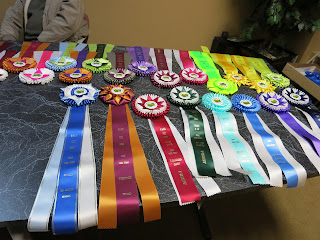 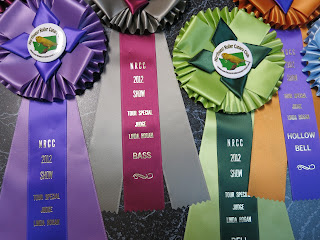 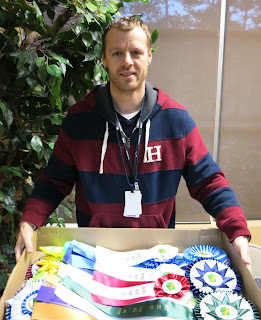 Almin needed a box to hold all his winning ribbons. In addition to Best Team in Show his other major wins include Sweepstakes, Best Young Team, Highest Scoring Team in the basic four tours, and Tour specials for Hollow Roll, Bass, Hollow Bell, and Flute. Congratulations Almin on raising fantastic quality birds!!
Almin is the club Vice President and Treasurer. 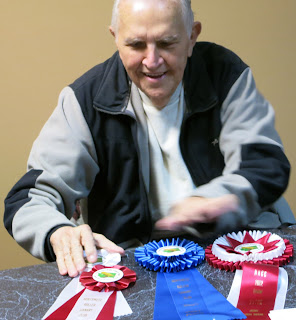 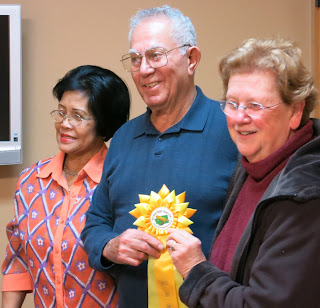 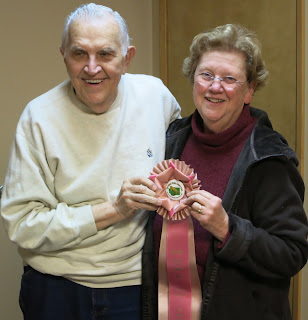 The club surprised me with a judges appreciation ribbon! 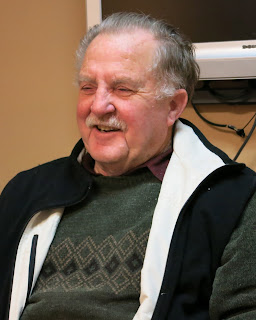 New member Heinz Best originally from Germany is getting back into raising and showing rollers. 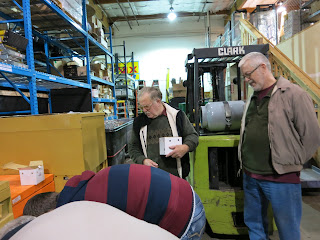 Pictured with Club Secretary, James Hayes he has purchased some stock from Almin. 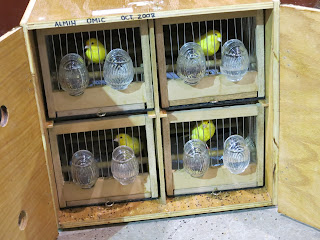 Visit the club web site at www.northwestrollercanaryclub.com
Posted by Linda Hogan at 3:41 PM