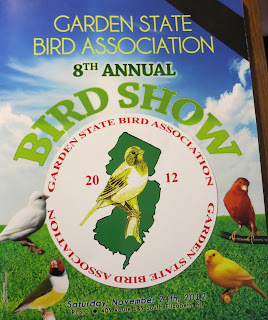 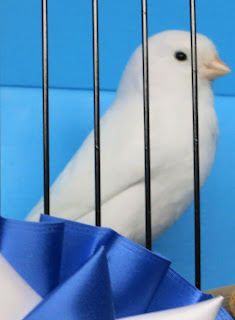 First Place Best Lipochrome, a recessive white, exhibited by Felix Hernandez, is the best one I have ever seen! Not only does it have great color and confirmation but also it was a real showman! In the final competition for Division standing, I would raise my hand and each time it would move with my hand gracefully back and forth perch to perch! Never have I seen such a well-trained canary on the show bench! Several exhibitors applauded when I put him up first over the gorgeous red intensive who was his strongest competitor but although it gave a standard position, the recessive white was a phenomenal showman!

It reminds me of once when I judged type at the Chicago show, a gibber (naked breast and legs and all) had very good position on the perch and all day long whenever I glanced at him he immediately assumed the correct position. And on that day I made the gibber best in show! Like the gibber, I will never forget this recessive white! 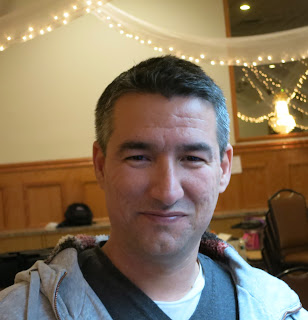 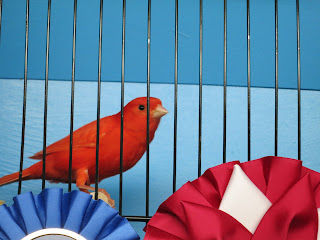 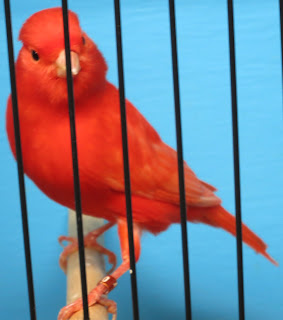 Second Best Lipochrome a beautiful personable red intensive exhibited by Felix Hernandez. Notice how he responded to my voice. 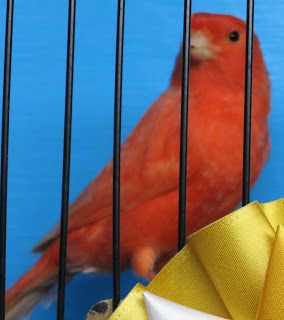 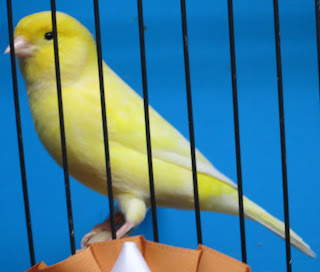 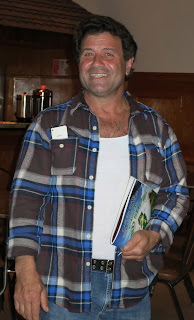 When I first saw Manuel Vieira at the Garden State Show, I immediately bent over and started frantically searching the floor and looking under tables and he burst out laughing over our private joke.

I originally met him at the National Cage Bird Show this year and when I learned he had Borders for sale, I followed him to his room to see what I might be able to purchase and purchased a number of them. I had a feeling there might be more but he assured me that was all the Borders he had for sale.

The following day, he came up to me and confessed that his conscience was really bothering him. He did have two more hens when I looked over the borders and made my purchase yesterday, but he had carefully hide them under the bed so I would not see them as he knew I would want them too. Of course they were the best of the lot and yes, to clear his conscience, he let me buy them too!

This is a great club and show, friendly members, great hospitality (luncheon Portuguese buffet was fabulous!) and fabulous birds to die for! 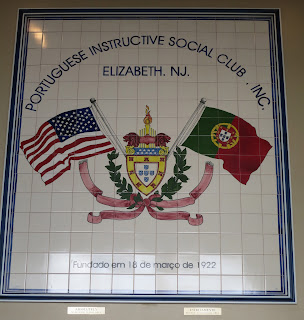