Calcium The Predominant Mineral In The Body 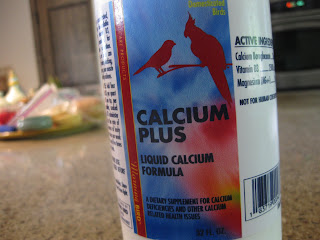 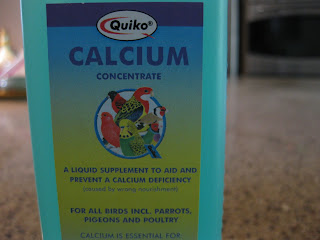 Calcium is the predominant mineral in the body and represents about 1.5% of body weight with primarily skeletal system containment. It is also contained in the body fluids and plays an essential role in blood coagulation, membrane permeability (to sodium and potassium of nerve tissue), and maintains normal excitability of heart, muscles and nerves.

During breeding season, the effects of inadequate calcium is apparent by numerous hatching problems such as poor quality thin egg shells which dry out and prevent hatching when the tough membrane is impossible to penetrate so that the chick can breathe air resulting in dead-in-the-shell or eggs that are so weak shelled that they dent and/or collapse as the chick attempts to pick his way out.

Low calcium is also attributed to chick having slip claw and other leg deformities as well as hens that die sitting on the nest or egg binding, feather plucking, poor bone and feather development, nervousness, and neurological symptoms such as poor balance and muscle control. These problems signal depletion of calcium body stores and the need to quickly replete the body for optimal eggs and hatching, to facilitate chick growth and decrease chick duration in the nest, and to promote hen recycling which will not happen when her body stores are repleted.

Calcium is absorbed predominantly in the upper small intestine and is regulated by an active metabolite of vitamin D3. Calcium absorption is impaired by intestinal lesions or abnormalities in some canaries such as some strains of borders. Excellent food sources such as egg shell (calcium carbonate) and good sources such as fish meal and alfalfa meal are good when you are three months or more out from breeding but when problems are already visible, it is imperative that you provide a liquid calcium product with bio-availability and maximal absorption along with D3. While all birds can benefit from liquid calcium products, Borders, especially, should routinely be given liquid calcium products to prevent numerous problems with their egg shell quality, dead-in-the-shell, and tendency to balance and other neurological problems.

My favorite calcium products are liquid as they offer maximum absorption. And include Calcium Plus, manufactured by Morning Bird and available from www.ladygouldianfinch.com and Quiko calcium concentrate available at numerous sites on-line. Calcium Plus is the easiest to use as it is a complete product with not only calcium but also D3 and magnesium. It is used five days a week during breeding season and once or twice a week during the non-breeding season. Quiko liquid calcium is used daily during breeding season and can be used as double strength if you are treating an existing problem. Outside the breeding season, it should be used once a week. Quiko liquid calcium is ideal to use with poultry vitamins or other products that contain vitamin D3. The only birds that should not be given calcium are cock song birds during the competition phase as it will have a negative effect on their song quality.

Lesson: Liquid calcium is the best way to treat and prevent calcium deficiencies because of its maximum intestinal absorption .
Posted by Linda Hogan at 10:45 AM

I notice that you mention that the calcium has a negative effect on song quality. Please could you give me a little more information on this? My birds are basically coming out of moult now, and the song of the colour and fifes is full and strong, but the Border cocks are still sheepish to say the very least. Worrying, as it is now show season and soon conditioning time.

ok that's why my little baby chick having slip claw.i ensure that's will not happen again...