When we move birds it is best to move all new members to the new cage at the same time. Otherwise the new member may be targeted by the establish residents. This is true whether we are caging 2 hens with one male or whether we are doing it to bring lagging males into condition faster or just reorganizing groups.

Even moving all at the same time so they all have an even start may still result in some that act shy and not at home in their new cage. Give it a couple of days, watch and see that the shy one is not being bullied or picked on.

If after a couple of days a bird is still not happy, move to another cage preferably by itself. Failure to respond can result in severe weight loss which will result in hens not laying and males being infertile, scumming to illness and potentially death from being picked on its head till it bleeds or from illness.

So what about the Shy White Irish Fancy male? 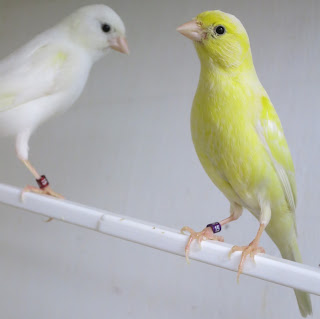