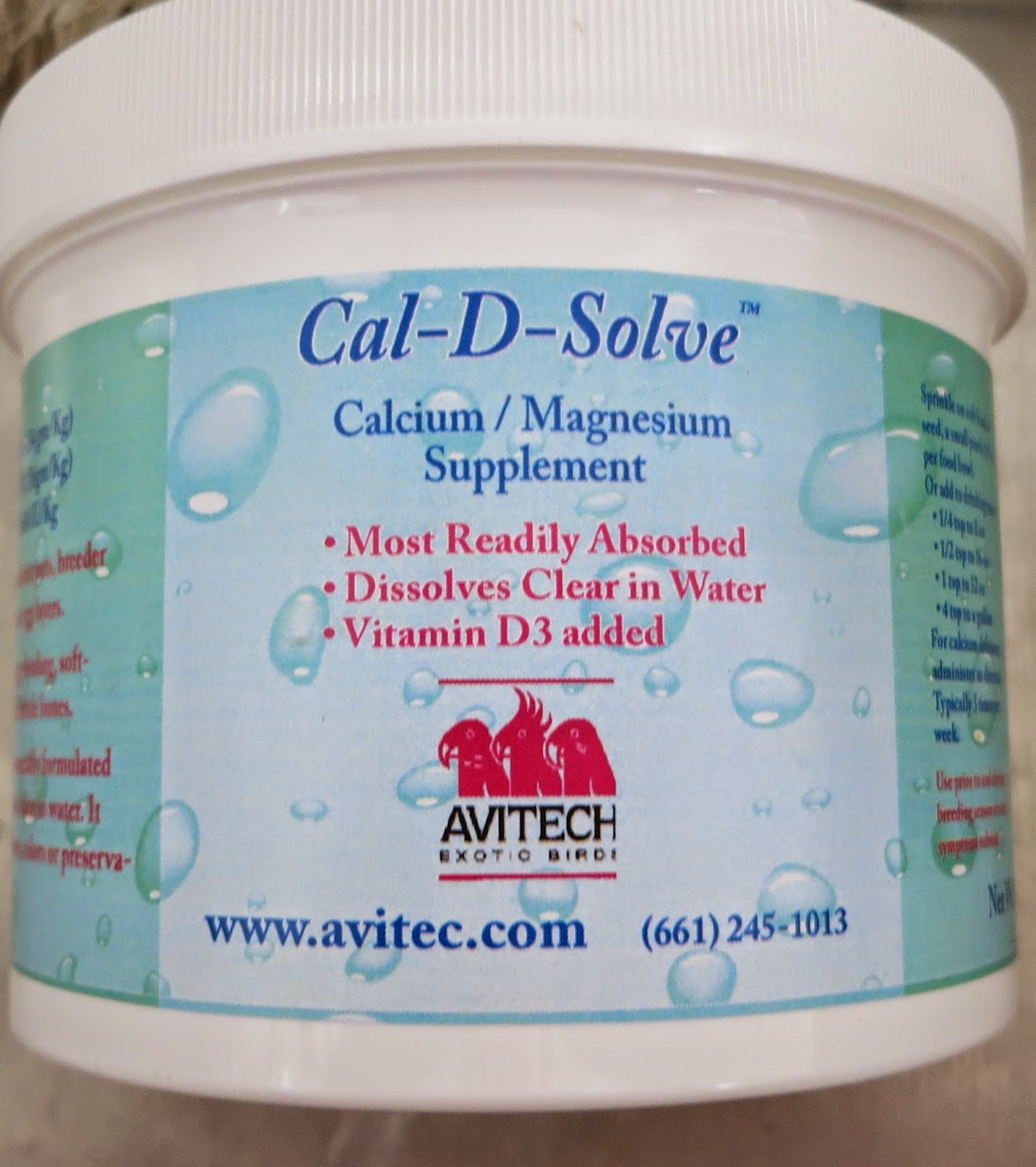 Have you ever noticed a hen that you expected to lay an egg, who looks out of sorts and has squinting eyes and is sitting on the cage floor all fluffed up.  This week, I was trying to breed a five year old hen and each day when I checked her nest, no egg. Then I noticed the squinting eyes and sitting on the cage floor but luckily she hadn't gotten to the fluffed up stage yet.

I caught her to examine her abdomen and vent. Low and behold her vent had a firm hard dropping just inside the opening. I have never seen this before and I gently massaged the area under warm water until the hard dropping came out.

As I gently examined her abdomen, I could gently feel a large egg in her lower abdomen. So I tried taking an empty shoe box and placing a heating pad covered with a small towel in the box, setting the heating pad on the lowest setting and placing the hen on it with another towel covering the box. If the problem is noticed very early, just the warm environment for an hour will often be all that is necessary for her to relax and lay the egg. Unfortunately, in her case it didn't work.

So I put her on Cal-D-Solve in the water and hoped this would do the trick. Unfortunately, she was so far along with the egg binding problem that it also didn't work. Knowing that if the egg breaks inside of her she will likely die or if she doesn't lay the egg she will die, I decided to very very gently massage her abdomen every hour for a few minutes. Slowing the egg started moving until I was able to help her lay the egg. The egg had a hard shell and was darker green than most eggs and I placed it under another hen who had just finished laying her clutch. Wish I had taken pictures but I didn't think I would be successful and I sure didn't want photos to remind me of her distressful situation.

An easy way to prevent this problem is to start the hen on Cal-D-Solve a day or two before she lays. Last year, I was doing that but somehow with all the basketball excitement, I had neglected this step.

So now, I am back on tract and the hen who started this is acting like she wants to lay again so she is back on the Cal-D-Solve. Usually a hen who goes through an egg binding episode is wasted for breeding but she really looks good and I want to see what happens. Last year, she came to my aviary at breeding time and she refused to lay a single egg. 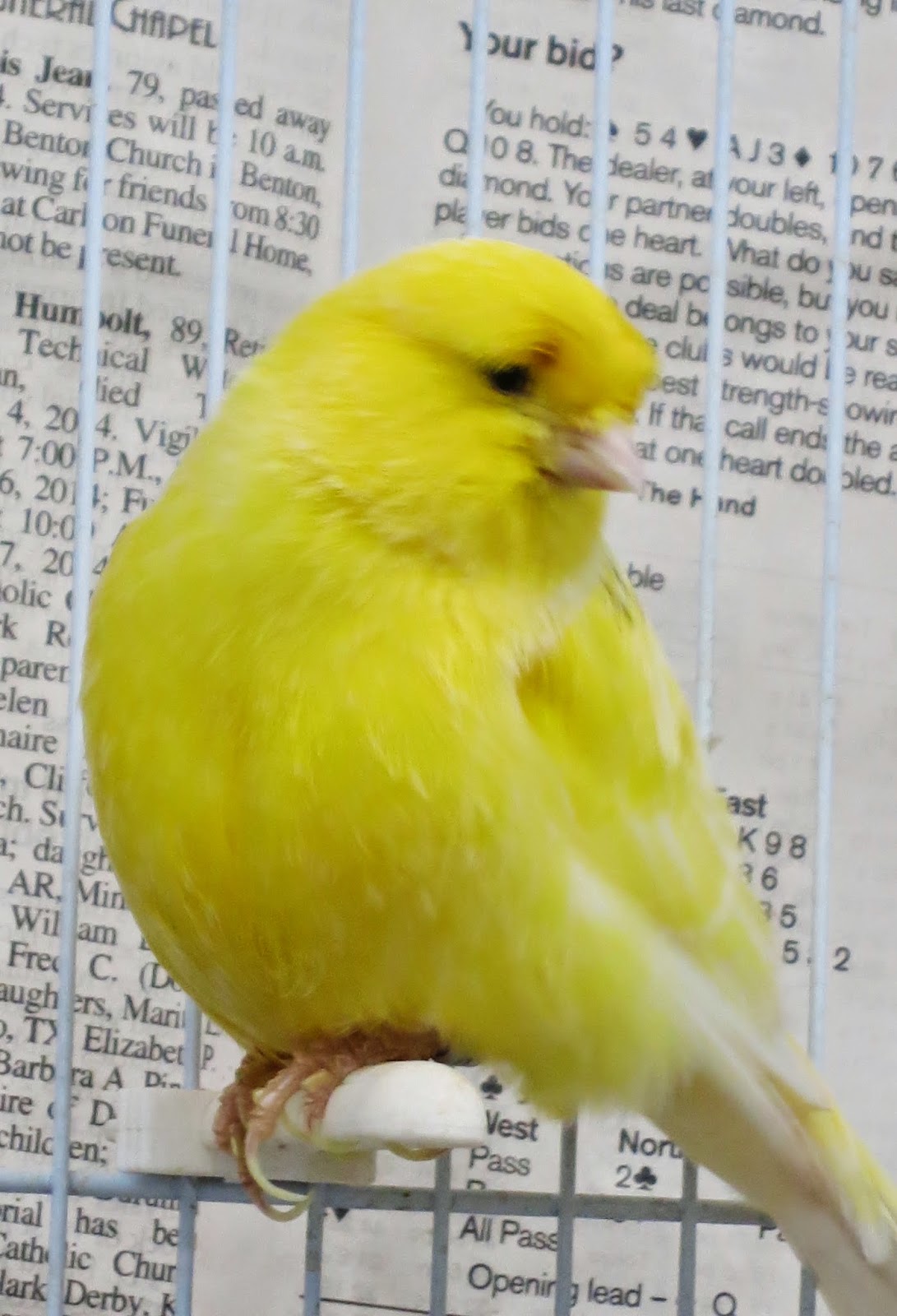 Amazing Update One Day Later: This morning she laid a normal egg! 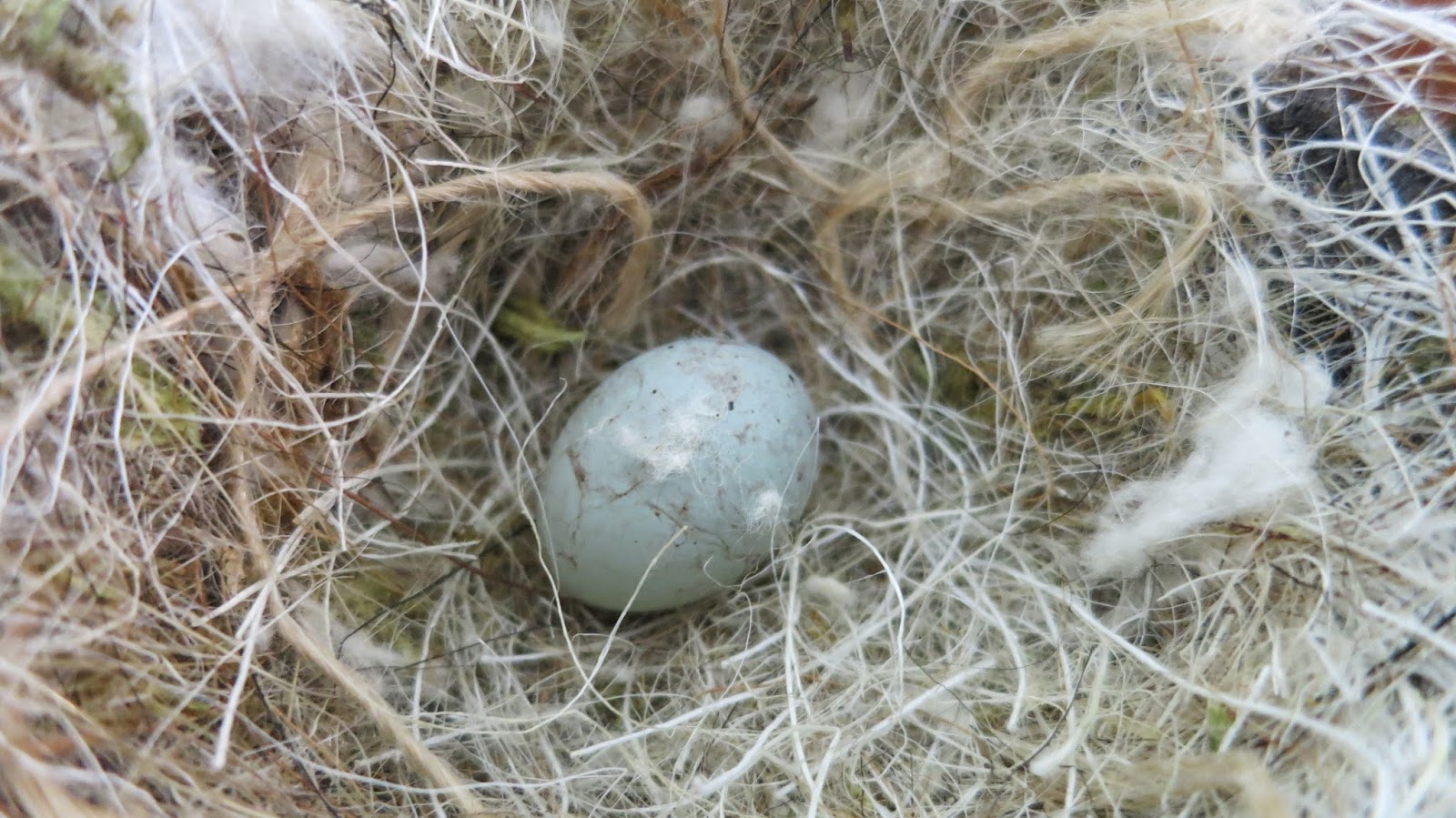 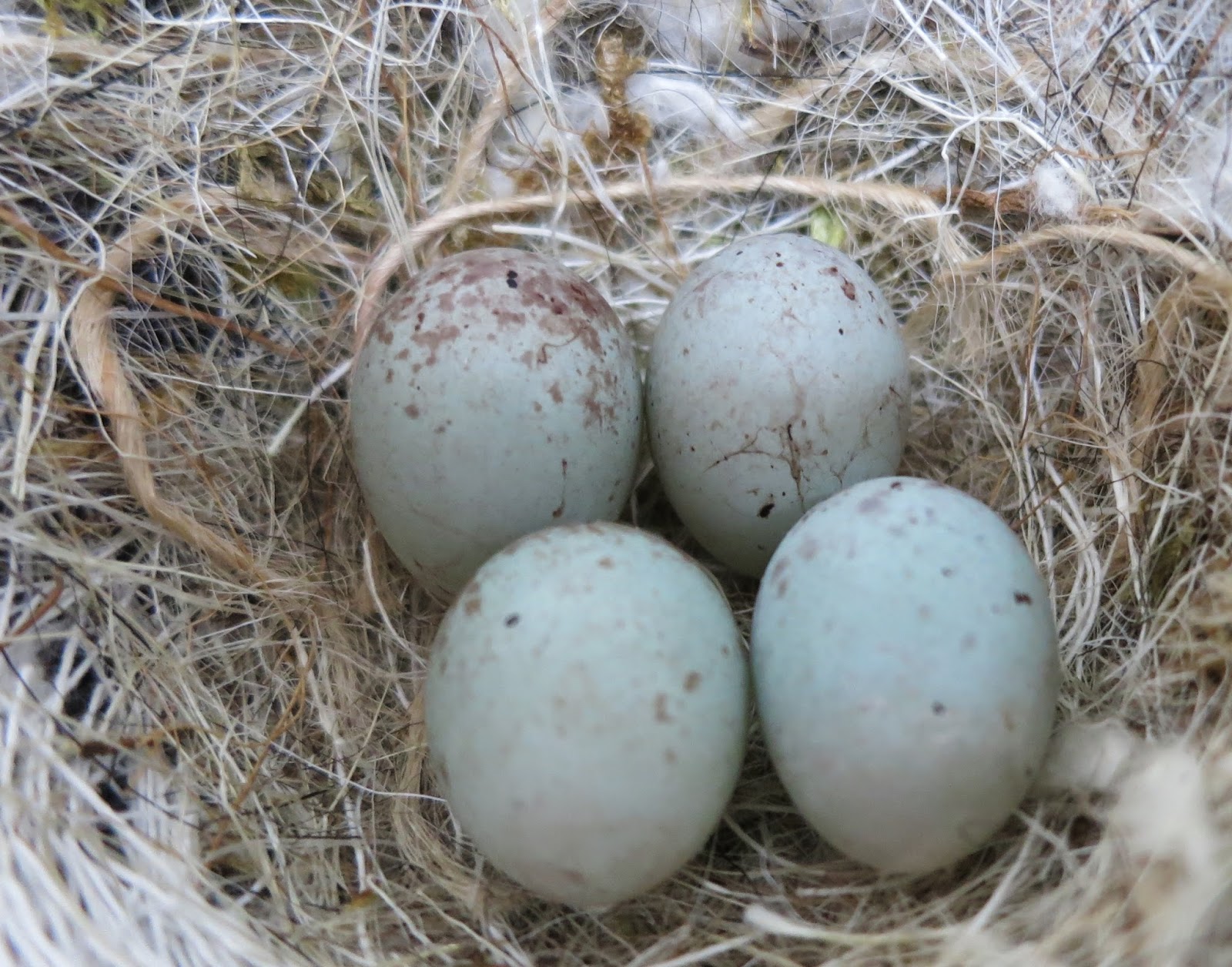 Further Update: Unbelievable! She hatched and is raising two chicks! 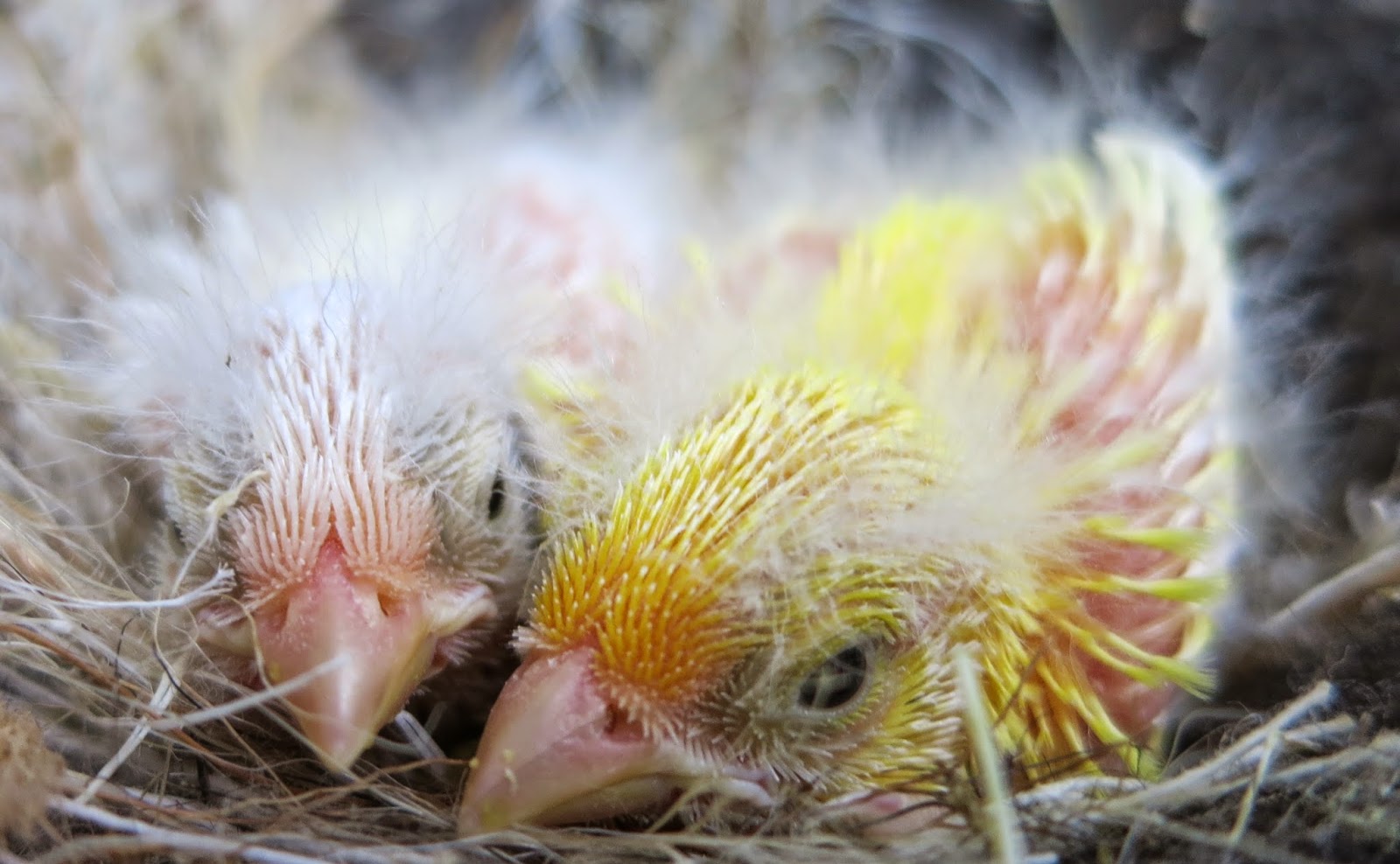 hi Linda, I'm from Indonesia and I have a question for you. I have my gloster hen got the tail boobing by this morning while she just laying the 3rd egg yesterday. when i catch her and i see the abdomen looks abnormal. it looks like a bubble. and the vent closed tightly. is she got egg binding? if yes, how to fix it? thank you for the answer.

On occasion a normal hen will skip a day in laying eggs but this also happens when a hen is egg bound. The best way to tell the difference is to see if the hen is looking sick. Does she continue to sit on the nest or do you find her on the floor? Are her feathers tight to her body? Are her eyes squinting? If she does not appear ill, I would just keep watching her for signs of illness. If she appears egg bound, try the shoe box with a heating pad on low as described and in either case give her more calcium. Regular hen eggs that have been microwaved for a minute and then processed (crushed) in a food processor and commercial calcium products will help. Check with pigeon breeders to see if they have a calcium product or you might find a cattle product calcium gluconate described earlier on this blog.