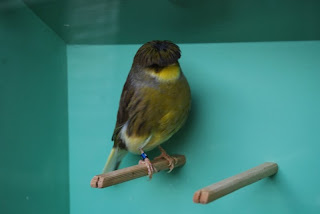 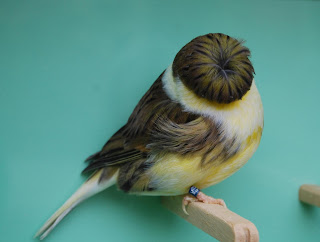 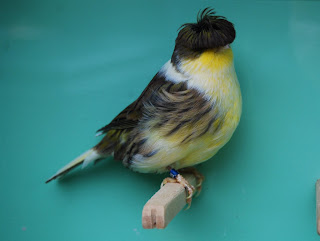 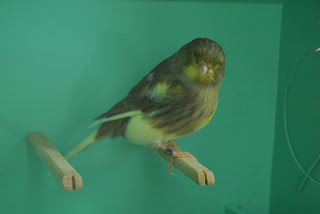 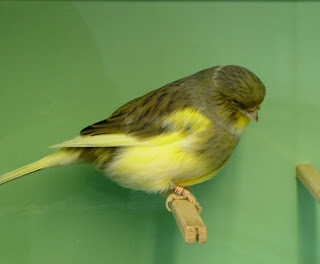 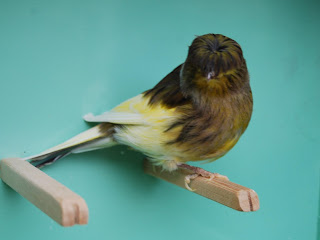 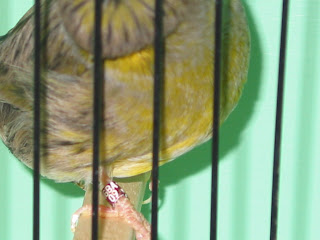 A blogger recently wrote me this question: "Sometimes my best competition Gloster has a sway of feathers that go across their breast. Some breeders and judges say it is a very bad show fault while others say they never consider it. Certainly I would not pair this bird with another showing the same fault but just how serious is it?"

What a great question!! So good that I referred it to my friend Brian Johansen from Canada.

Brian writes: "That's a interesting question. Myself when I'm judging, I will put a bird back to the bench if the faults is bad. In a small show with only a few birds and the best bird has the fault to a minor degree it may still go up on the winners bench, however I do note the fault on the tag for the breeder to understand that the fault stop the bird from moving up higher. On only 1 occasion I have withheld an award in Glosters because the best bird had this fault (and others).

Robert writes: "This problem became more prominent here in the UK about seven years ago, sometimes referred to as a "Masons Apron" because this is how they wrap the apron around themselves. For the first couple of years nothing much was done about it, probably because of the "drive" to increase body size, breeders were willing to sacrifice feather problems but as more birds started showing this fault it started to get penalized on the show bench.
Now if a bird shows this fault at a decent size Gloster show, it is heavily penalized as would a split crest or nipped head etc.It was penalized under the plumage part of the show standard, where it says "plumage to be close and firm" very easily seen helped its demise.

Why it occurs is subject to speculation, in our own stock it was connected to body fat which is deposited either side of the breast bone, often as the show season progressed because of the rich feeding (trying to increase the body size) the birds would start to show this fault. Flighted birds were particularly prone to it especially males, now when we have learned more about removing fat from a bird we can "disappear" this fault on our own birds. Some breeders thought it genetic and of course it could well be.
On a general note, breeding exhibition Glosters, in my opinion is about manipulation of plumage and we walk a fine line in Glosters with the desire for long leafy head feather, large bodies, and close short body feather on a small bird. No one said it was easy!"

Regards from a still snowy North of England Robert Wright

Thanks Brian and Robert for the informative discussion and pictures on Masons Apron!!
Posted by Linda Hogan at 12:11 AM