I had a very interesting phone call yesterday. The man has a long history of breeding canaries in the past producing several hundred a year, but he had not had any canaries in the last few years.  In December, at the National Bird Show, he purchased several pairs each of colorbred, American Singers and German Rollers to get back into his hobby.

But now just a few weeks later, he is perplexed and does not know what to do as some have hatched babies and some he thinks might be molting. What should he do and how can the birds treated the same in the same aviary be responding in such different ways?

The first thing to determine is are some of the birds really molting? Hens normally lose a few small breast feathers when they develop their brood patch so it is best to determine whether they are molting by checking males at this time of year. Males could be in a normal molt or in a soft molt. The difference is whether you see long wing or tail feathers on the cage floor.

Seeing only small feathers would indicate a soft molt which is treated with multiple B vitamins and very low protein diet of oatmeal, canary seed and white bread.

If long wing or tail feathers have been dropped, it means a normal molt is starting and will be obvious in a month and will likely take at least six weeks at best to complete. He looked and did see considerable long feathers on the floor and a few males were even growing new tail feathers so yes, those are molting.

My next question was concerning his lighting.  How many hours of lighting are his birds getting. He responded 13.5 of artificial lighting per day and a small night light.

Then I ask him which birds were molting and he said only the colorbred. Some of the others were either setting or had hatched and were feeding babies.

So what happened? They all have been treated exactly the same.  Send your comments to this post and hopefully you will be the first to solve this puzzler and have your right answer posted later today. If no correct answers are received, I will post the correct answer tomorrow. 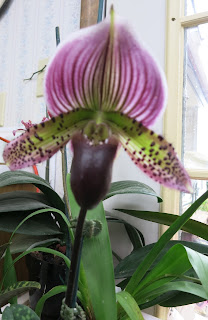 First I would say the birds have not been treated equally. He has not owned them more than 30 days. They came with a different husbandry history as far as food, lighting etc. They had been to the show with lots of stress. So I would say he needs time for the birds to adjust to his environment. I would have brought the birds home and let them settle in for at least 30 days before trying to pair them up. They also should be wormed as bird shows is a good place to pick up mites, not considering the birds came from different breeders. Dr. Jim

That is exactly what happened. His lighting was less than the colorbred breeder so it precipitated a molt! Whenever we change aviaries, change in diet and lighting greatly effect the birds.

When new birds come to my aviary, I always treat with S76 (ivermectin) and repeat treatment in one week as well as isolate new birds from the others. Best results happen when birds adjust and are treated as Dr. Jim recommends.