Recently, I acquired four new males which I separated into two cages, two in one and two in the other.

Noticing they were very thin, I offered them soft white bread, oatmeal, sunflower chips (pieces) and regular seed mix but no greens.

I noticed when I took them out of the shipping box (air cargo), that the plumage on some looked dull and the eyes were slightly squinting. The shipping box had a sponge with water and an open mouth cage drinker on the side which was empty.

My first thought when seeing them was dehydration due to lack of water during shipping.

I have also seen squinting in inbred birds with neurological problems and when possible test new birds with slight hand stress to see if stress brings on squinting.  Sure enough the squinting was worse upon stress. The difference, however, was that these birds were squinting before the test.

I have the typical open mouth cage drinkers in all my cages. With water available, I expected to see the squinting corrected shortly. But to my surprise it didn't.

I kept shaking my head, it had to be dehydration but the cage water drinkers in my cages were full and had never been empty. It also seemed strange that the box contained birds from two breeders and only the ones from one of the two were squinting.

Finally, the light came on when I realized that these birds even though dehydrated, they did not run to the drinkers immediately as I expected them to do. Furthermore, it seemed strange that even though the box contained birds from two breeders and only the ones from one of the two breeders were squinting.

In fact, I had not seen the squinting ones drink at all. But why, if they are dehydrated wouldn't they drink immediately?  Are they sick?  They are not puffed up with a fever. I have never seen this before!

The reason these birds would not drink from the common open mouth cage drinker is that their breeder used only the ball type drinkers.

I put open dishes of water in the cages and they started drinking and bathing immediately! And shortly thereafter, the squinting disappeared.

Now they are in beautiful condition but I am still watching to see them drink from my open mouth drinkers and in the meantime I am offering open dishes of water too! They must be the cleanest birds in town! 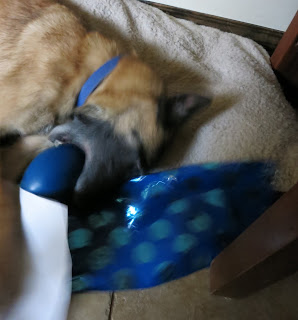