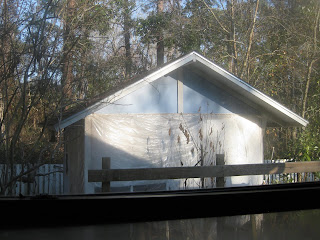 George's Outside Aviary - George, who resides in Jacksonville Florida, is President of Central States and Sunshine Roller Breeder Associations. (George picked Robert Wild and myself up from the hotel on Friday afternoon so we could spend a few hours together before the NCBS Board Meeting began.) 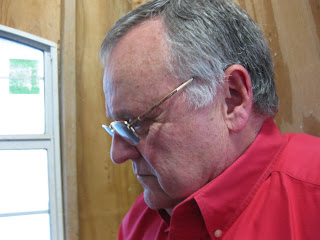 George reached in a cage, just inside the aviary door, and proudly brought out his first nest of Columbus Fancy babies. This is his first year to breed Columbus in addition to his German Rollers. 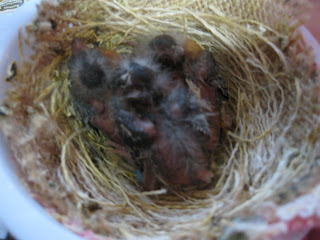 Robert and I agreed that all of these Columbus Fancy Chicks were likely crested. Each had a dome shape head with a peak on top and was bare headed. Click on the photo and notice how the chicks crops are stuffed! 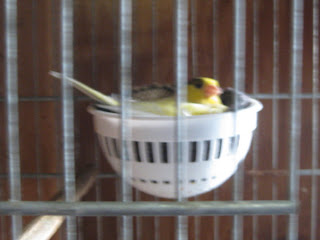 As I looked at the pairs, I noticed a beautifully marked pair. I remarked "Now that's a great looking pair of German Rollers!!". George started laughing as he told me those were the ones I had sent him last year!

He said that when I selected the male for him, I had said I like his genetics but really hadn't heard him but in any case he would make a good breeder. George says he believes that is true and that it is the only reason, I parted with him!!! Returning home, I checked the breeding and George is right, they are from one of my best German blood lines! Now if I take a wrong turn in my breeding, I know where to get more stock!! Sharing your best is the best bird insurance you can have. On several occasions, I have been first in line asking for more of that blood and it is with real pride and joy they share it with me!

I also checked the pairs pedigree that I sent Les Michalczewski, another Jacksonville roller breeder, in the same shipment last year and he has the other best German lines, now if Les and George share stock with each other, they have all the blood ingredients to whip us all!!! They are both working with lines from some of Germany's top breeders!

Now when they beat me, you can be sure that I will be happy and proud of my small part in their victory!! But you can be sure I see it coming and I am trying harder because the bar has been raised.

Can't wait for my new ammunition to get their green card and if it turns out to be part of the breeding higher quality puzzle, I will again share with them and the cycle will never end, it only gets wider!! 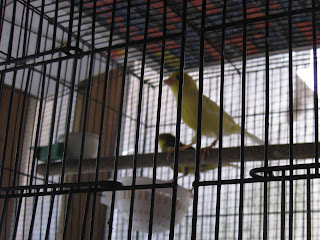 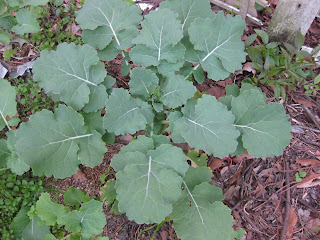 Rape plant growing near the aviary. 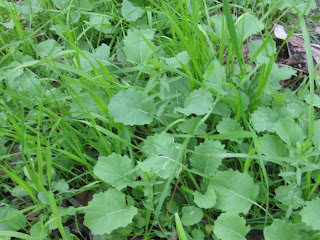 Bird seed growing near the aviary. 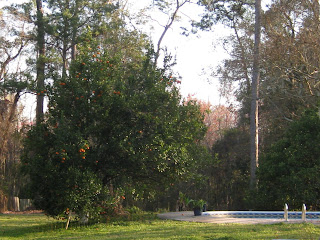 Backyard Behind the Aviary 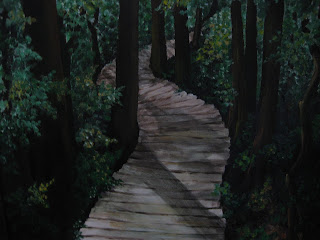 Boardwalk Leading to the River 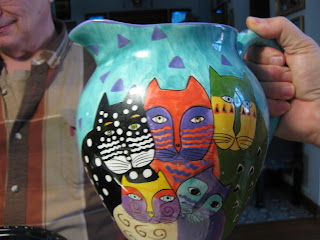 After the Aviary Tour, Les, Robert and I shared a meal with George and his wife Pat. Couldn't resist a shot of the tea pitcher , even though it's cats!! 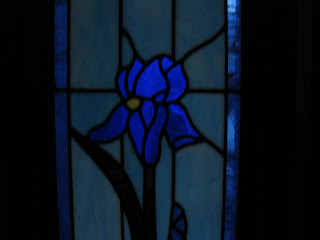 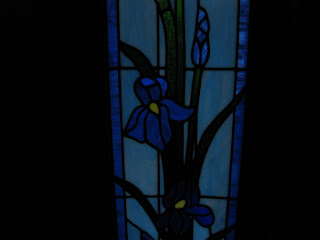 Beautiful Stained Glass Window, designed by Pat, to the side of the homes front door.

Sharing our love of birds with fellow breeders is the Real Joy of the Fancy!! Thank You George for Sharing with Us!!
Posted by Linda Hogan at 12:01 AM

Oh how I wish you were here!!

Any chance you might be coming to SA for the Soccer World Cup?