Since increasing the hen's breeding hormones and the major way this can be accomplished is by male courtship, it is prudent that we evaluate the male. Is he just not there yet or is she unattractive to a breeding ready male?

I spent quite a period of time observing the original male with the hen. Since the nest has been removed both birds are a little more active but still even after the song stimulating foods wheat germ, bee pollen and hemp, the male does not even twitter or tweet... Although the hen moves she does not flap her wings and the vent is not winking.... 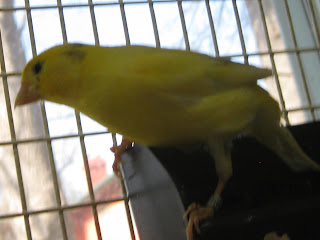 I decided to test how desirable the hen was to a breeding ready male. Observing the male flight cage, I immediately picked out this assertive, self confident fellow!! 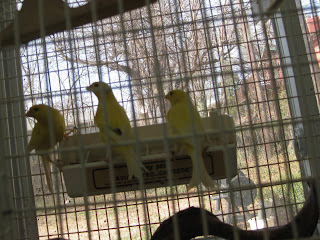 Notice the posture of the male on the right, he is intimidated by the center bird. 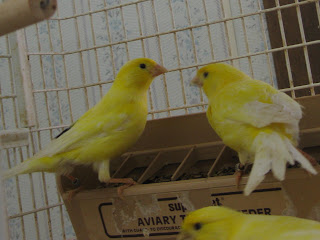 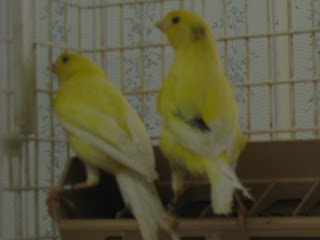 Assertive but not aggressive!! 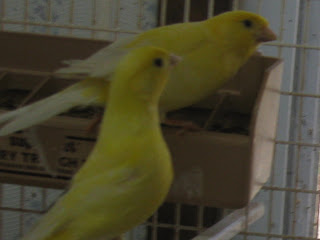 Yes, this male makes a strong impression, just the opposite of the original male. 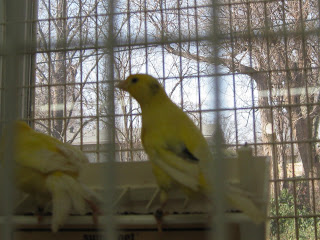 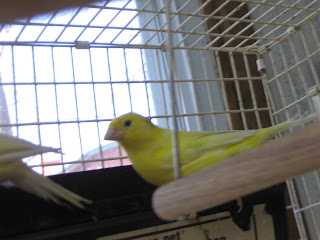 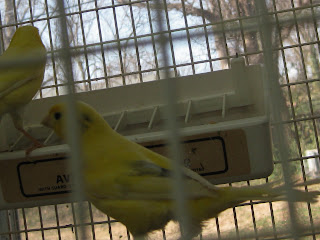 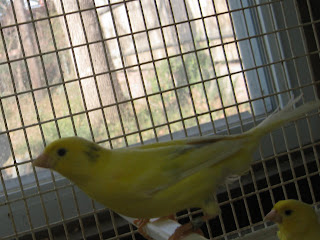 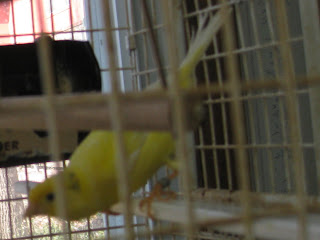 The selected male was first tested with two German Roller young hens who are nearly ready. Although they have not built their nest yet, they are active and if paired would likely lay in a week or so. Hens will sometimes be receptive to mate a full two weeks before they lay.

When he was caged with these hens, he immediately began singing and courting them. One hen even assumed a mating position for him... He is definitely interested and willing to work with a potential hen to get her ready!! Perfect!!

Next, I removed the original male and put him in the cage with the deceptive hen. He flew around, checked out the grub but no song and no courtship behavior. Our deceptive hen might as well be his mother!!!

Isn't that interesting, what we wonder about, the birds instinctively know!! 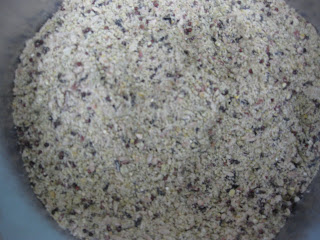 Based on the results of the deal breaker test, the deceptive hen was moved to a flight and feed an extra dish of 50% Petamine Breeding Formula with Harrison's High Potency Mash in addition to the Breedmax mixture, mineral grit and seed mix. She will also continue on the weekly ABBA vitamin E treatments in the water. 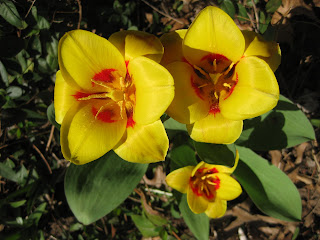 Linda
Those wing marked birds are really pretty. You are lucky to have the time to observe the behaviour.
I just have to make a snap decision and run with it.
Your orchid is so pretty. Mine is now just starting to bud.
D