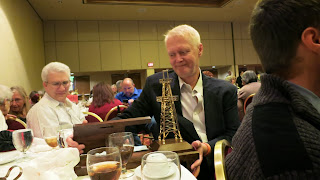 It is with great sorrow that I received the news that my good friend Richard May had passed on December 25, 2013. Richard was a sensitive and caring person who always looked after me at the National and the first to help me when he saw me over burdened with show responsibilities and to defend, fix it and support me when my efforts did not please everyone. This year he managed the German Roller Division for me.

My last e-mail exchanges with him was late Christmas Eve and when I sent him the You Tube Feliz Navidad to get his opinion before posting, he responded that it was just too too funny! 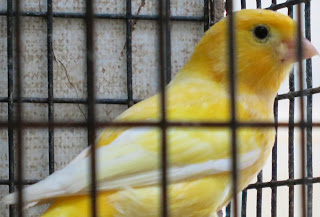 This year he also shared one of his very best Hollow Roll (17 pt) German Roller males with me that I promptly named "Richey" who will be a very busy boy this Spring! Richey is in his own cage and sets in the aviary where I can even see him through the aviary window every time I come and go in my car.

Please send family condolences to his brother Robert May azlesingle@charter.net
Posted by Linda Hogan at 7:36 AM 2 comments:

Friends In The Fancy - Dr. Jan Vanderborght - Dead In Shell

On request of a few fanciers I will tell you how I feed my borders.
Seed mix.
This all depends on how you keep your birds, in a room in the house at room temperature, birdshed with or without heating, flights or no flights?
Most fanciers keep their cocks in single cages and hens in double breeders.
My birds are inside the house, so we are talking of birds being kept at room temperature.
From Newyear on till the end of the breeding season: 70% canary seed, 20% rapeseed, 10% Blattner siskin A1.
After the molt till Newyear I prefer a lower energy seed:
80% canary seed, 10% rapeseed, 10% Blattner siskin A1.
My birds get around 6 grams of seed per day.
Softfood.
I use the Aves method, with hard boiled eggs and biscuit, to which I add 1% spirulina, en during the molt 1.5% Herbots Methio Forte, as you know other products like B-Chol and Sedochol smell very badly and make your drinkers dirty.
From Newyear on I add a little Gistocal and Fertibol, from the Comed company to be sure the hens can be loaded with calcium before the breeding season starts.
From Newyear on, as well for cocks as hens, 3 times a week some softfood together with some sprouted seeds.
From March on I do add some pinkies, but be sure to stop once you start breeding as it may excite the cocks too much with the known chasing and fighting of the cocks with the hens.
During the moult softfood every day, remember it is in this period of the year you are preparing your next breeding season, and changing the whole feather coat is very energy demanding for all birds.
After the molt I do give the softfood twice a week.
Greens.
As I do not want to take any chance of bringing in infections or insecticide sprayed greens I stick to the known broccoli, twice a week, no more, as it can cause irritation of the intestines with some loose stools.

Vitamins.
I do use products of the Comed company, every day I coat my seed with an oil, Curol to which I add Winmix and Roni, which are vitamins and a prebiotic protecting the intestines.
Drinking water.
As mentioned above I do use the Comed products, so no need using any other ones, except I do use Vanodine V 18, 0.5 ml/Liter of drinking water. The reason why I do this is because some borders do suffer from a mal functioning thyroid gland, and an added advantage is iodine being number one in fighting against fungal infections, think at the megabacteriose story.
I also do use apple cider vinegar from time to time, most of the time after a two day course with Baycox.
I do not use probiotics because none of them has ever made any difference in my eyes. But at this time we are testing a new product Floracom, which contains the microflora of the tops of the flowerheads of 20 different herbs. Results will follow…
I do not give calcium in the drinking water as I do not have any problem with soft shelled eggs. I do use the Mineral mix from the Versele Laga company, and the Fertibol from the Comed company, as this product has the right balance between calcium and phosphorus, and to my knowledge the only product between may others. This is important because without the right calcium phosphorus balance, calcium will not be absorbed from the intestines, whatever vitamin D you give extra on top of it.
As you can see, not very complicated but scientifically proven to be correct.
Dr Jan Vanderborght  dr.vanderborght@gmail.com
Posted by Linda Hogan at 10:00 AM No comments: 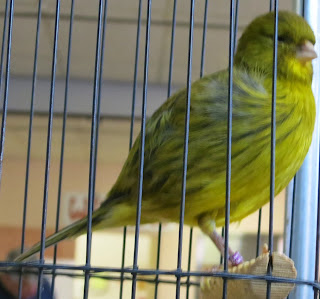 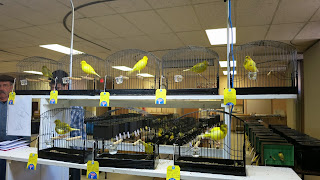 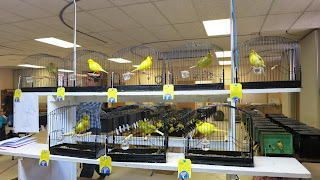 So Many Excellent Borders, it felt like I was already in Heaven! 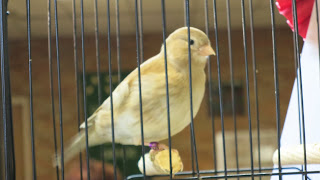 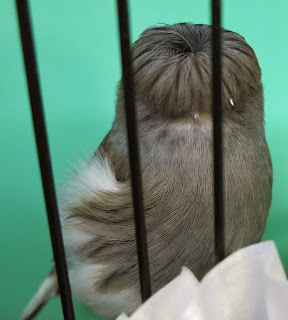 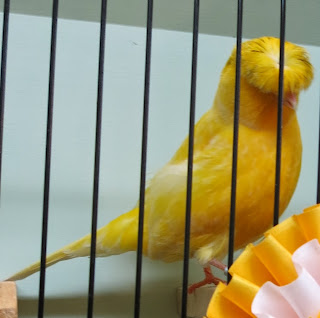 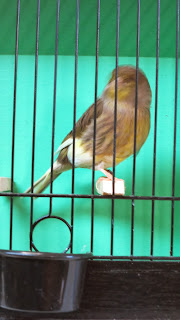 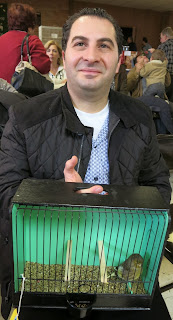 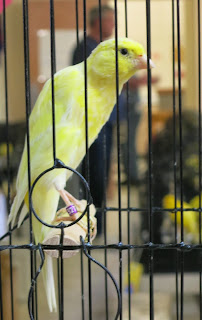 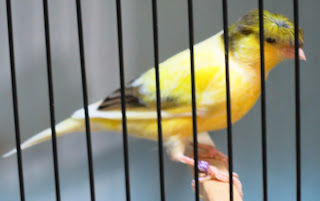 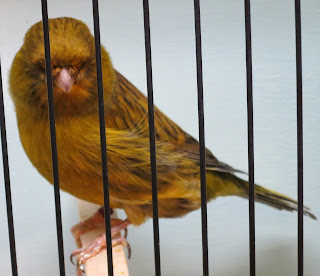 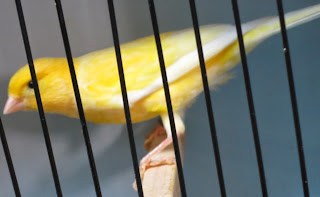 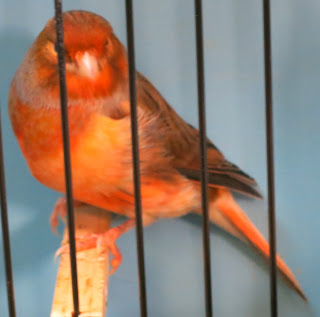