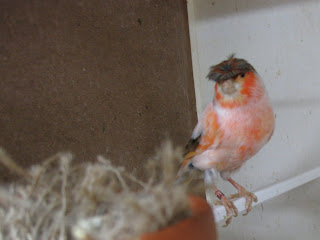 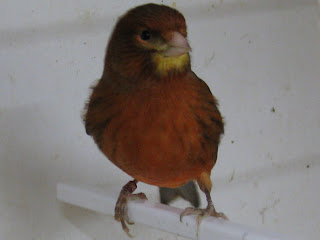 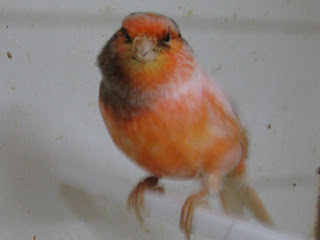 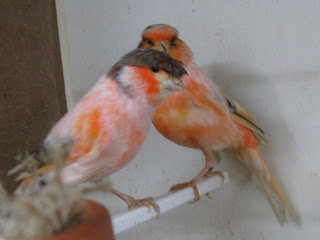 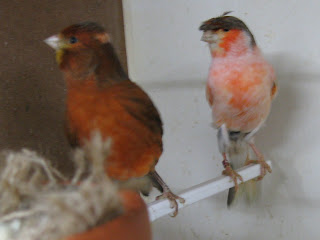 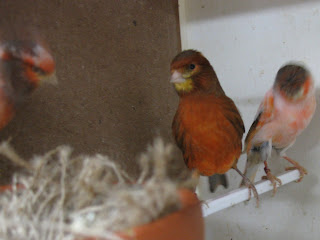 But the aggressive mosaic hen decided she wanted the same nest. The male watched in confusion as the girls take turns claiming possession of the left side nest! First one set in the left nest but when she would finally have to get up to eat, the other promptly claimed possession of it!!!

Neither one was interested in the far right side nest...... It got so bad that, on one day first the bronze laid her third egg in the left nest and when she got up the mosaic laid her first egg in the very same nest!!

Luckily the bronze laid a smaller egg and the mosaic laid a larger distinctly marbled egg so they were easy to correctly identify... 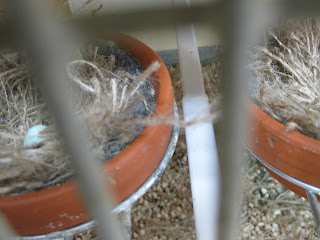 Disputes over the same nest are not very common. To resolve it, I watch the birds and negotiate a compromise that one of them will accept. In this case, the mosaic hen was pushy and I knew that although the bronze built the left nest and laid first in it, the mosaic was not about to move. 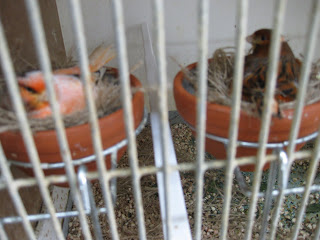 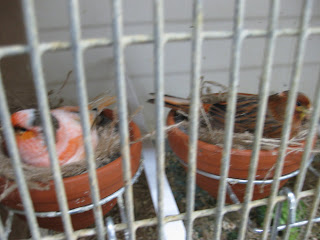 This photo was taken yesterday, today I set them, mosaic four eggs and the bronze six! They did get broccoli yesterday but once setting I do not offer greens again till the chicks are banded.
Posted by Linda Hogan at 7:35 AM