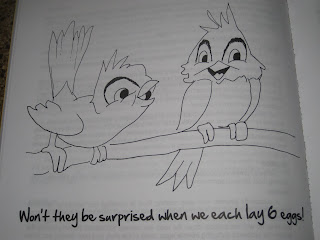 Hi Linda,
Just acquired 2 canaries from Kijiji and they were both thought to be males. However both yesterday and again today we have seen the one that is definitely a male (a good singer) feeding the 2nd one. Yet there are also times when they assume an aggressive stance (wings open standoff and/or chase each other off the little nest basket in the cage). Do those 2 behaviors contradict?
Thank you,
Mike

Both males and hens will feed other birds of the same sex. In fact, I like to see this as I know that they will readily feed their chicks once they arrive.

Fighting and aggression is also directed against either sex. But the full dropping of wings and macho dance is a male characteristic as well as singing the full song.

My first canary, a cinnamon colored "singer", had a pleasing short sorta cute very short song that I was enamoured with till I notice one day she did not sing and kinda looked out of sorts and drank a bunch of water. The very next day I found an egg on the floor of HIS cage!

Sexing birds is sometimes obvious, like the one who acts like a male and sings but what about the other bird. Outside of male behavior, my favorite way to sex them is with lining a card up with the opening line on the beak and determine if the eye is above or below this line. Hens eyes are above the line and males eyes are dissected by the line. 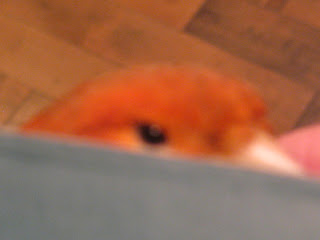 The hens eye lines up above the beak line, high eye. 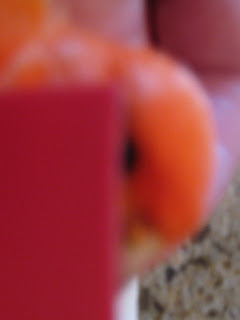 Male eye is bisected by beak line, positioned in line with the beak. 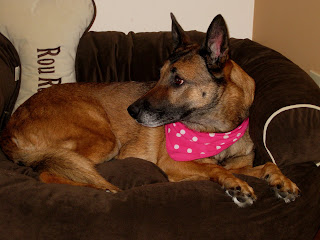 How is it that this works better when you know the birds sex?

PS. Mike, I would place the birds in side by side separate cages and see how the male acts toward the second bird.

Bella looks comfy up on the sofa, is she modeling her eye-line too?

Definitely she is a all girl.

Did you notice in the drawings at the top that the two birds who laid the six eggs each have high eye?