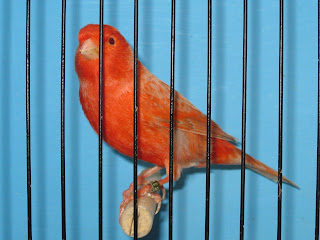 Anxiously we checked on his birds. This red isabel frost won a medallion for 3rd Best Melanin in the show. Lovely bird Steve! 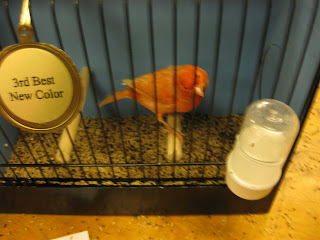 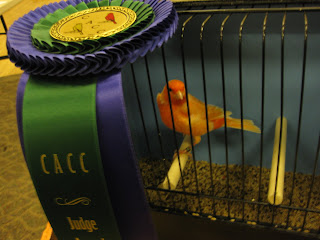 He even won a Judge's Special Award! 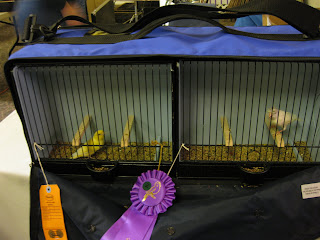 Other exhibitors had checked out but we did get to see some Hartz exhibited by Ginger Wolnilk. Her carrier holds four show cages and zips them in securely. Great almond shaped heads on your Hartz Ginger!! 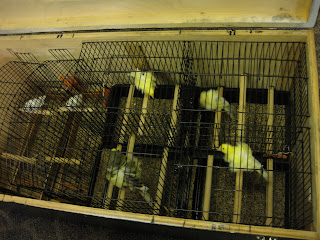 This box with a closing lid is a perfect fit for these Old Variety canaries exhibited by Tony Guiomar. Tony won a the Old Varieties division at National this year with a Southern Frill! 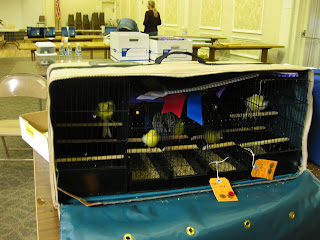 Tony also packed some of his birds in this zip close bag. 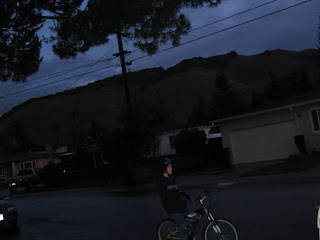 At dusk we arrived at Steve house and were greeted by his son.
Posted by Linda Hogan at 12:01 AM