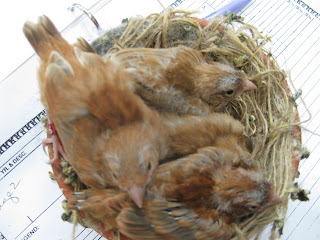 A long-standing biological belief is that whatever choices we make during our life time can hasten our death but those choices would not change our genes, not our actual DNA. It was previously thought that each generation was given a clean fixed genetic slate.

Several independent researchers in the past 20 years have given birth to a new science called epigenetics. Epigenetics is the study of changes in gene activity that do not involve alterations to the genetic code but still are passed on to the next generation.

Epigenetic marks sit atop genes and tell genes to switch on or off and through them environmental factors like diet, stress, and nutrition can make an imprint on genes that are passed from one generation to the next. The environment is not changing the genes or DNA, gene change is a long process, rather it is controlling gene expression.

Epigenetic changes represent a biological response to an environmental stressor. Removing the environmental pressure will eventually cause epigenetic marks to fade and overtime the DNA code will revert to its original programming.

The first time I noticed this in my birds was a fat rose brown colorbred male who was heavy chested and very obese. His offspring, no matter how strictly controlled their diet, were always obese just like him! His chicks, because of some bird's overeating in his family tree, were predisposing future generations to obesity even before they are born.

Six or seven generations later, I finally produced a bird last year from his line that was normal chested. Until this happened, I was thinking that all these rose brown birds were inheriting a fat gene!

The implications that nutritional habits before sexual maturity can result in changes that control gene expressions of their offspring are endless!

For more information read "Why Genes Aren't Destiny" 1/18/10 Time magazine.
Posted by Linda Hogan at 8:23 AM

Okay Linda this could explain something. My birds do not get fat. Try as I may they do not become obese. I have gotten birds from a breeder who constantly "controls" what they get fed, or they put on weight. Under my "system" after one generation, they can be fed a wholesome seed diet, all they want, and they remain fit.