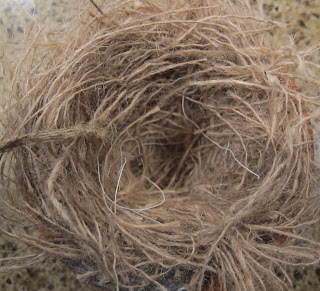 "What's Wrong?" ask this puzzled German Roller hen.
Yes she did most everything right, mating with "handsome dude" at least five days before laying her first egg this morning but when I took her fresh egg out, the nest was far too deep! 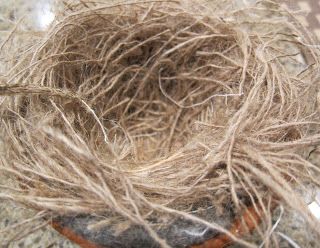 Deep nest make egg incubation difficult as it is so deep her abdomen may not even touch the eggs, often resulting in chicks dying in the shell during incubation. 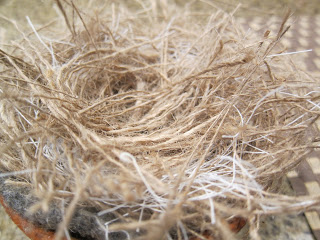 I could either put a bunch more nesting on top or remake it and put enough in the bottom to raise the hole. Either way, I will not put the plastic egg in her nest till she fixes her nest. After laying her first egg, most will not carry nesting material to the nest but most will fix it just a bit! I like her to smooth it out so that eggs will turn easily and not be stuck in nesting material ridges on the bottom.
Tomorrow, I hope she passes inspection, if not I will re-make it for her and hold off on the plastic egg till after she lays her third egg.
Posted by Linda Hogan at 11:39 AM

Linda
Love the hen picture, that's a good one. It looks as if she posed for you.
Deb