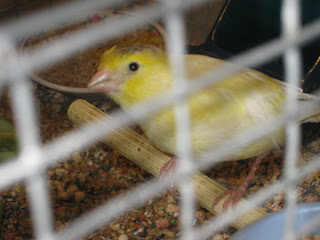 A few days ago I noticing some more problems in three of the remaining seven imported birds. One bird was tail bobbing and I noticed the lower abdomen rising and failing with each breath even when the birds were not under stress. These signs point to respiratory disease which maybe caused by a number of infectious agents such as bacteria, fungi, and virus.

Although I rarely treat birds with antibiotics, I keep some on hand in the refrigerator just in case. My stock included tylan, an excellent antibiotic for Mycoplasma but unfortunately it was several years outdated, oops will order more... I had in-dated
Enrofloxyn (baytril) which is effective against Mycoplasma and Salmonella. I wished I had amtyl or amoxitex which are amoxicillin and tylan, the two together give a broader range of organisms that it is effective against. Doyle did not have it either so will order that too.. 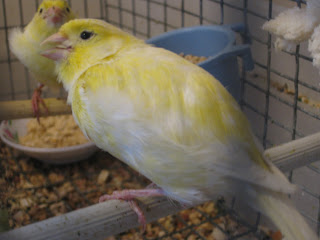 Remember the cage I called two hens. I later observed the bird in the foreground feeding the capped hen. Even though two hens will feed each other, after watching them more, I believe he is a male.

When I noticed the capped hen deep breathing, I separated the two birds. Too late, the male started the open mouth heavy breathing just a day after the hen. Both were not eating and with both of them sick, I moved them back together and now the capped hen after a couple of days on antibiotic is looking much better. I moved their cage to a night stand on the other side of the room. 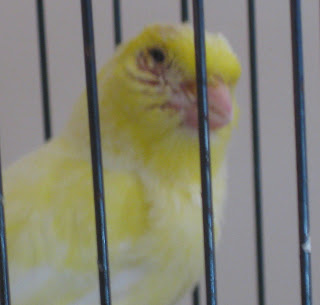 A third sick bird is showing feather loss around its eye in addition to abdominal breathing. Feather loss around the eye is another symptom of respiratory problem. Luckily, It has been separated from the others from the start as it was molting very heavily. 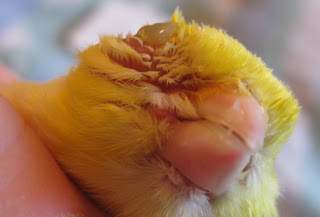 A closer look when I was putting some Terramycin ointment on its eye, showed considerable swelling of the sinus under the affected eye. Birds, unlike humans, have separate sinus cavities so it is possible to have infection on one side and not the other.

With the capped hen being definitely better, I am hopeful that my antibiotic is working and in time these birds will become healthy.

No doubt about it, Big Bird is earning her Tiger Mother Badge!! The Fight for Life is On!!

Update following day: Definite improvement black cap hen-no signs of lower abdominal breathing, the male in her cage has its mouth barely open and no gasping-much better, eye problem remains a problem, lots of swelling. Yesterday, I added 1/4 teaspoon to one cup of water of childrens cold and cough medicine to the antibiotic treated water. Either another day on the antibiotic or this addition was very helpful. Today I added 1/2 teaspoon to a cup and we will see if that is even better. 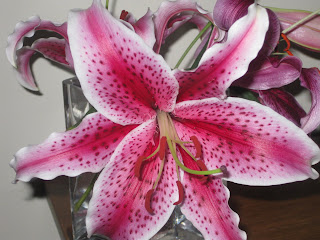 Hello, After seeing your hens eye problem. I too had a hen with something similiar and what i found caused it was dirty perch and obviously the canarys rub there beaks and eyes come into contact with the dirt and causes an infection. It cleared up and hen is now ok. I regularly clean the perches now! lesson learnt there!

HI LINDA, are you sure that the new birds do not have pox?

Canary pox being viral would not respond to antibiotics. Symptoms are somewhat different as no sores.

The bird with the eye problem also had respiratory problems. This was not a mild case but swelled amazingly fast and within a day you could see hard yellow packing the sinus cavity. That bird has died now.

The other two who had full blown respiratory symptoms, the capped hen appears well although I am keeping her on antibiotics with cold medicine for a few days, the other who was gasping in the picture is much better and has no opened mouth breathing anymore. It might make it. The others never had any symptoms.