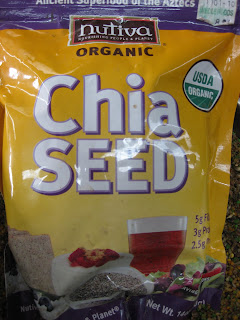 Chia seed has been all the rage on Dr.Oz so I thought I would see if my birds like it. My friend Margaret shared that she use to have a chia pet and would trim the green growing fur and feed it to her birds. We also checked sprouting but decided it would be simpler to just try it straight. 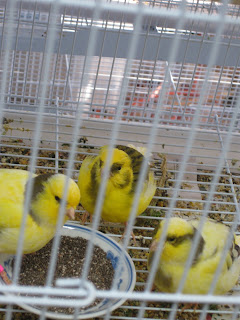 Quickly, the Borders started eating it and these three Borders ate the whole dish of chia seeds by the nest morning. 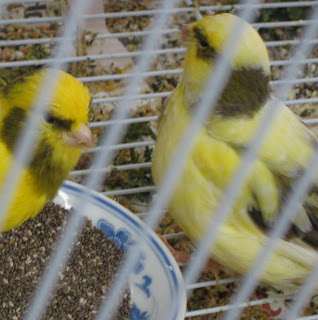 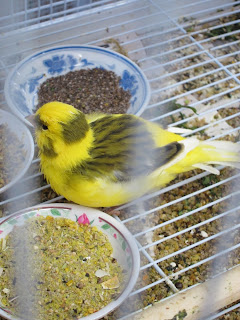 Borders liked this product also and gave it a three toes up rating! 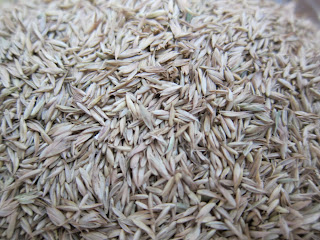 Lastly, I tried an untreated mixed grass seed. This was also purchased from Connie Gahman and turned out to be the overall Border favorite. This year, my birds have wasted so much seed it was refreshing to see them eat every one! It is particularly easy to crack and I plan to add this to my weaning regiment with niger (thistle), which is also easy to crack, as the first seeds I introduce to my young chicks. 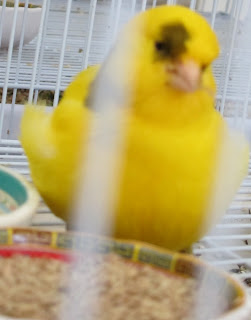 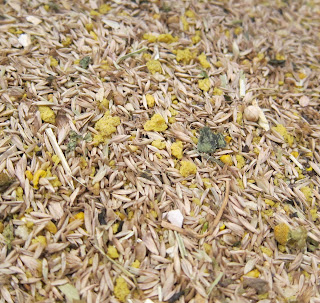 With so many extra dishes per cage, I thought why not make a health boost by mixing all three. 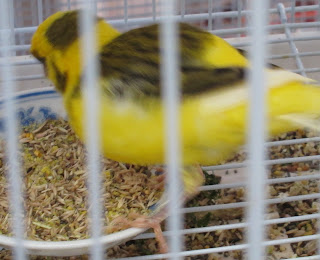 As expected they like the combo but the grass seeds are still number one on their list!
Posted by Linda Hogan at 5:07 PM