Beauty is the View of the Beholder 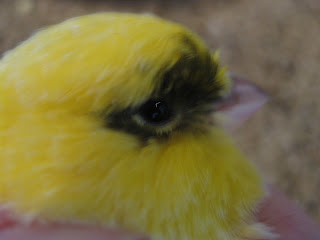 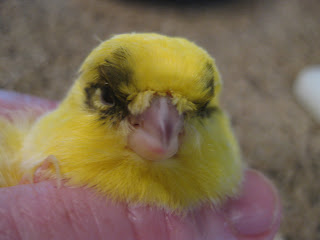 From this angle the beak looks big and the sides where the marks are look very flat. Asymmetrical markings are not very flattering and make the head look lopsided! 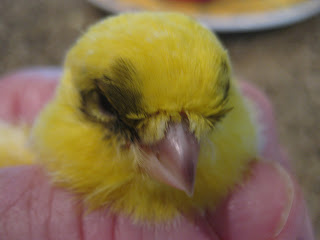 Is this really the same bird? From this angle it looks like it has a huge beak and the marks coming toward the beak give it a look of being very pinched in front and even mean! 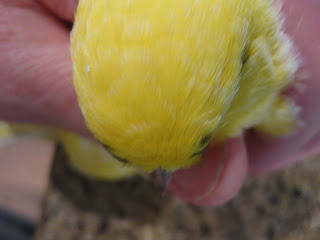 Actually from this angle, the same bird appears to have a small beak and appears rounded in front although a little narrow on the sides of the head which makes the head look pinched. 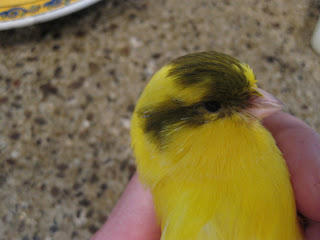 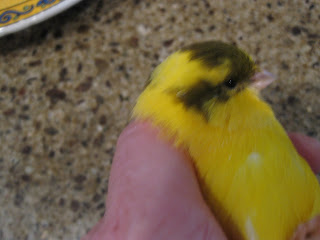 From this angle the frontal rise looks flat because of the dark marked frontal area. 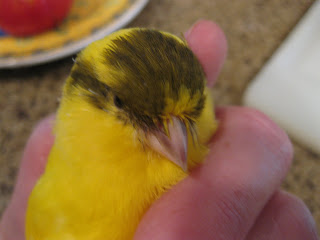 Looking from this angle it appears to be pinched in front with a huge beak just like the top bird.

What a Difference the View Makes!

These two Borders are either beautiful or ugly depending on the view! The problem is the placement of the markings. Although marks that go from the eye to the back of the head are flattering (remember the Stafford posting on August 13th Beauty Marks Dress Up the Mosaic Face), marks that are on the frontal area or marks that are from the eye to the beak give the bird a deceptive flat and mean look! Not only do they look like they were hit with the ugly stick, it must have been the whole tree!! Should that view catch the judges eye, they will be off the bench in two seconds!!

Once when I was judging lipochrome at the National Cage Bird Show, an attractive yellow mosaic came up on the bench. I was somewhat taken with the bird till I realized its head was not symmetrical! I changed my view over and over but I just could not get over this bird with a flat area on the upper left side of its head. How can a bird have a flat side on just one side? It was like it had been sleeping with its head on a pillow and upon rising it was left with a flat spot.

Knowing that it was an illusion, the only reason I could come up with was that there must be light variegation on that spot which is making it look flat. So I took off a point for it! After the show the exhibitor came up to me and said "you really did like my bird but I see you marked it down. Why did you do that?" I explained yes I was taken with the bird but it has an illusion of a flat area on the side of the head which make the head look asymmetrical which I think, although not visible must be due to variegation."

The exhibitor then offered to take his bird out of the cage for a closer examination. Sure enough in that very flat spot was a extremely light grizzling of a cinnamon colored tick! Boy was I relieved!! A real winner although maybe not perfect is beautiful from every angle!
Posted by Linda Hogan at 8:26 AM