This Weeks Questions For Big Bird 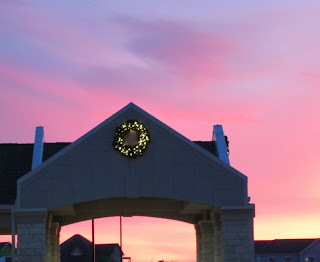 Wednesday
Question: Early Egg
My hens have only had one dose of ABBA Fertility E and this morning I found a Stafford crested hen sitting in the seed cup and worse yet she was sitting on an egg! Should I pair her now or disregard?

Answer:
No matter what we offer our birds, there are outliers who seems super sensitive or resistant to our methods. It is not uncommon for an occasional hen to jump the gun and lay an early "heat" egg. It sometimes is only one darker blue egg and at other times she may lay a whole clutch. One of the problems with pairing her now is that fertility is low when a cock is introduced after the hen starts laying. I also value having groups hatching at the same time so that I have more options should disaster strike! So I would ignore her and set her with the rest. I like the hens to get at least three doses of the ABBA fertility E before setting.

Good day Linda,
Can you please assist with some information what do you do to prevent the above from happening. I know I must cut on the animal protein but this continue happening although I try and only give the young birds veg protein.
Kind Regards Riyaad Peterse Cape Town South Africa

Answer:
In addition to dropping animal protein it is important to offer many perches where only one bird can perch at a time and individual divided perches. I even use clothes pins and small plastic one bird only perches around the cage and then have divided perches where only one bird can perch in a spot.  The ones I have are circles cut in a piece of thin wood with about 5 circles in each piece. The size of the circle depends on type of bird as I want it to stand in appropriate show position. Border ones are bigger circles as they stand upright where rollers sing best when parallel to the floor.

You can also get perches with metal dividers that do the same, accommodate only one bird. I also like giving them swings and canary ferris wheel (google on this blog) and cut the number of birds.

It is also important when you move birds into a cage, you move all to a new cage and not add birds to an established peck order. Be sure to also separate male and female birds as soon as possible. If you can't tell the sex, separate thinner ones away from others.

Monday
Question: Aggressive Cocks
Margaret says "Help, Help my cock birds are really fighting bad! I am separating them and selling lots but what is going to happen when I pair them, won't they also be too aggressive with the hen?"

Answer:
Fighting can be so bad that they draw blood especially on the head or over the beak and without separating some are going to be badly hurt. The worst I ever had aggression was when I gave some baked chicken to a flight of lackadaisical old cocks and when I returned a few hours later, there was blood everywhere!

When pairing, used a divided cage and make sure the cock feeds the hen and courts her before opening the divider. If he courts her, she will be receptive to mating and if he behaves he can stay with her but keep a careful watch on him as he may turn on her and have to be removed. If mating does not occur, return him to the other side of a divider and try again once he feeds her through the wire. Feeding usually leads to receptive mating. If you do not have a divided cage fasten two cages together or use a wire show cage so that the wires are close enough for him to feed her through the wire. 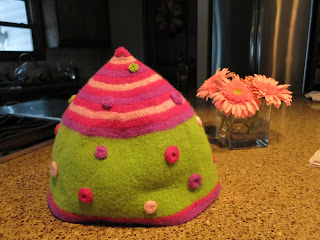 My oldest daughter Sandy made this cover for my tea pot and it really works to keep by PG Tips hot tea hot while I read the paper or meditate on what to write.
Posted by Linda Hogan at 7:23 AM